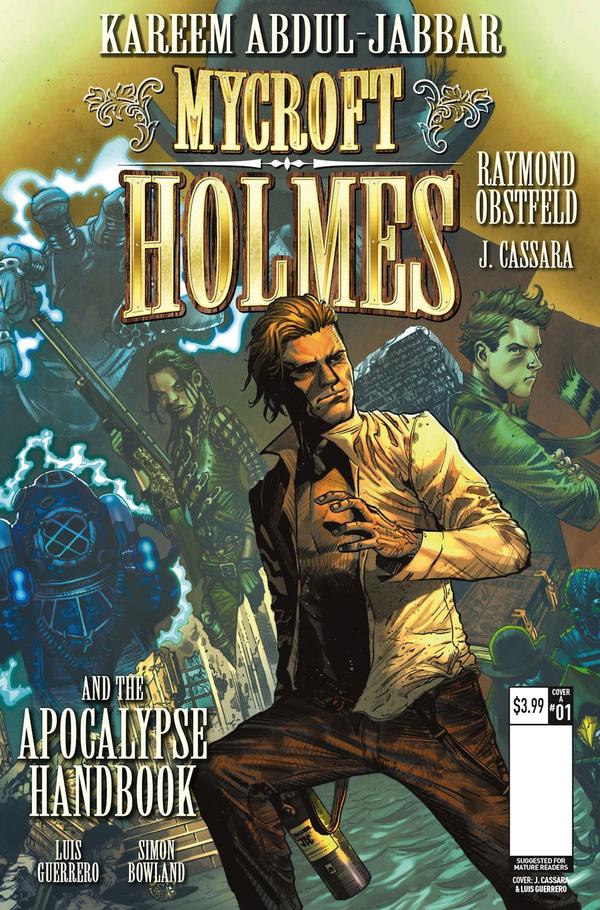 (Victor Valley)– When I first heard that Kareem Abdul-Jabbar would be writing a comic book, I was a bit stunned. The man is a legend from his time in the NBA, but a comic book? And about Mycroft Holmes, brother of the insanely popular Sherlock Holmes? I just didn’t know how it would work out. But the premise sounded great, the art looked fantastic, and it is from Titan Comics, one of my favorite newer publishers here in the United States, so I gave it a shot.

Let me say this about Abdul-Jabbar- the man can write!

This first issue, written by Abdul-Jabbar and Raymond Obstfeld with artwork by Joshua Cassara, is such an amazing introduction to not only Mycroft, but to his brother, and the dangerous and engulfing world that they live in. Based in the world of the Mycroft Holmes novel, the comic serves as a great introduction to the other Holmes- a brilliant, brash, and somewhat of a jerk Mycroft. We see his brilliance on display, as well as his sheer arrogance that seems to throw him headfirst into trouble. We also see his little brother Sherlock, young and not yet versed in the ways of the world, but a genius nonetheless. For a person like me, who isn’t a huge Sherlock Holmes fan (I do like the BBC series, never read a book), I was instantly pulled into this book. Maybe it was the excellent linework of Cassara, who creates the tension and danger beautifully, but also captures the perfect expressions here with ease. Maybe it the dialogue, that just sounds so natural, so on point, that it felt like I was reading a movie, if that makes any sense.

Mycroft Holmes #1 is one of the most impressive debut issues I have read this year, and I have read a lot of debut comics this year. Titan Comics has created something different, something intriguing, and something that gives more credibility to the name Mycroft Holmes than simply being a footnote to his famous, fictional brethren.