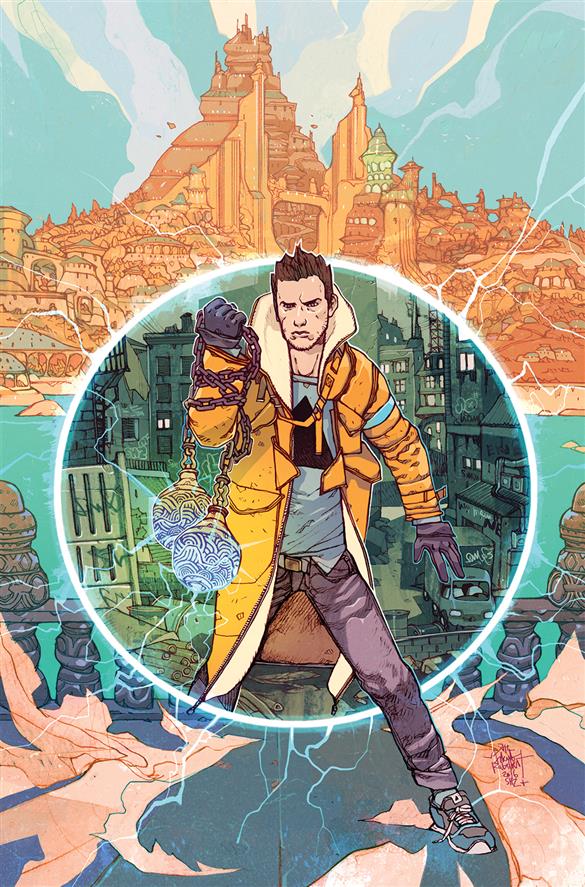 It’s Mardi Gras time in … Hartford, Connecticut? Well, not Mardi Gras, but the party is just as big. Every seven years, the Earth aligns with the planet Ektae, which means that people and goods can freely travel between both worlds. This event is marked with a week-long party where revelers celebrate the exchange of cultures and peoples.

Unfortunately for firefighter Jordan Molossus, it just means more work. The people of Ektae use magic (which is basically science that is more advanced than Earth’s) to wreak havoc and start fires. In the middle of one particular scene, he is called out by an Ektaen as being the target of an important person on their world. Following this revelation, Jordan decides that he must travel to Ektae (which he is not allowed to do) and look for answers about his past before the alignment is finished and he is trapped on another world.

Steve Orlando does a great job of world-building in a pretty short amount of time. With only one issue to set up the premise and introduce readers to the protagonist and his plight, he uses every page to draw people into his world.

While he does set up the story well, the reader can feel at times that the story is moving on while assuming the reader knows some of the backstory. The good thing is that this does not take away from the pace and feel of the story. Fans will care about Jordan’s story and his quest to uncover the secrets from his past, and his family’s past while he is on the run from criminals and cops alike.

While the story is engaging, the art is also right on. Jakub Rebelka’s pencils bring the world(s) of this story to life. The dark and solid outlines of the characters and stunning action shots make the reader feel every punch and emotion from beginning to end.

Overall, this is an original and fascinating story that will keep readers engaged. With a nail-biting cliffhanger at the end, issue 2 cannot come soon enough.

Rating: 9.0 out of 10. Great art with an engaging story and enough mystery to keep readers intrigued.