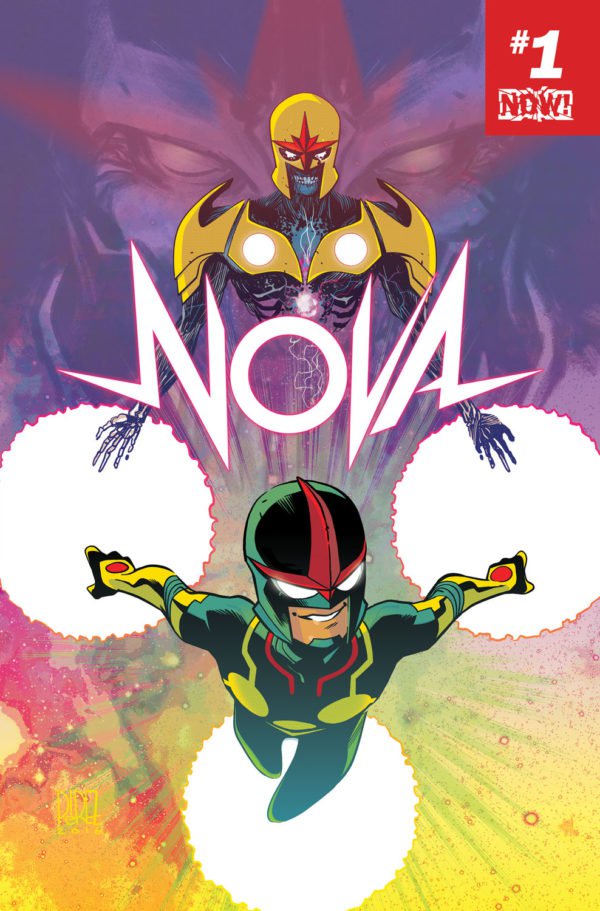 Nova Rockets Back to the Spotlight… Both of Them

Marvel Comics lost a major character years ago when Nova died fighting Thanos in deep space. The human rocket was not only a member of the New Warriors, but part of the interstellar police unit known as the Nova Corps, becoming a legend when he ended the threat of the villainous Annihilus. But when he died, the Nova Corps also went away, until young Sam Alexander found his father’s old Nova helmet and became one of the brightest young heroes to emerge in recent years. But with Nova #1, we get two Nova’s for the price of one.

The original Nova, Richard Rider, is back. How is anyone’s guess, including his own. But he is back on Earth, and sees what his absence has taken away from him. But all is not well with Rider, as he sees visions of death that continue to haunt him. We also get to see what the current Nova, Sam Alexander, is up to right now. This issue serves as a set up for the inevitable: that being the meeting of the two Novas. Written by Jeff Loveness and Ramon K. Perez with art by Perez, this is a great way to establish both Novas in the Marvel Universe. Perez’s artwork is outstanding, and at times, haunting.

There may have not been that much in this issue in regards to progressing the plot, but it was enjoyable nonetheless. I, for one, am ready for a Marvel Universe that has two Novas ready to guard the galaxy.