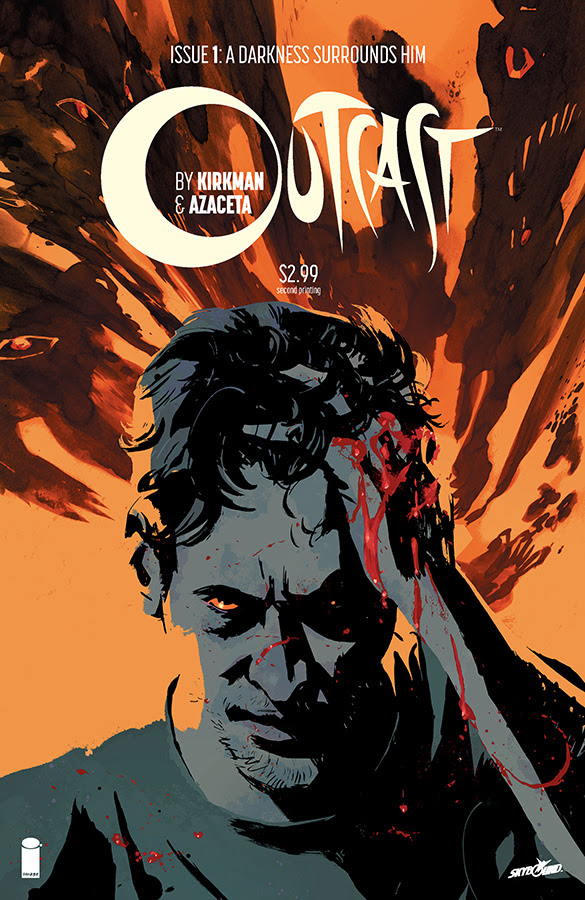 I love it when a book like this comes along. What do I mean “like this”? I mean a comic that uses the medium to tell a very non-comic book story and does so masterfully. For many, the words “comic book” conjure up thoughts of the funny pages, of Archie and Sunday morning newspapers. These are comics as well, but the medium of which comic books are used, known as sequential art, can be used to tell any story. Whether it’s superheroes, horror, mystery, comedy, tragedy, action- any genre you can imagine, and a story can be told with comic books. Many choose to see this differently, and so I ask, “can a movie director only make one kind of movie?”. This book, on all accounts, is a creepy, atmospheric romp through evil and those that try their hardest to fight it.

For those that are unaware, this book is penned by the man behind Invincible, Marvel Zombies, and a little known property called The Walking Dead; Mr. Robert Kirkman. The story Kirkman weaves here is one of surprise, suspense, and shock and awe, as you see a book that is brutally honest and to the point. Providing the visuals for Mr. Walking Dead is Paul Azaceta, who I instantly recognized from the down trodden superhero book Grounded. Azaceta’s simple yet satisfying style works perfectly here, as he makes the creepiness factor go through the roof.

For those that picked this up, you may have been expecting another Walking Dead. But if you go into Outcast with an open mind, you get a really enjoyable, mature book, one that looks like it could be an HBO series. I would like to rank this up there with The Green River Killer and Sentences, as it is a book that defies comic book stereotypes and tells one hell of a horror story, making you wish the second issue was out already. I give Outcast #1 a perfect 10 out of 10. Go check this out, and make sure to leave the lights on.