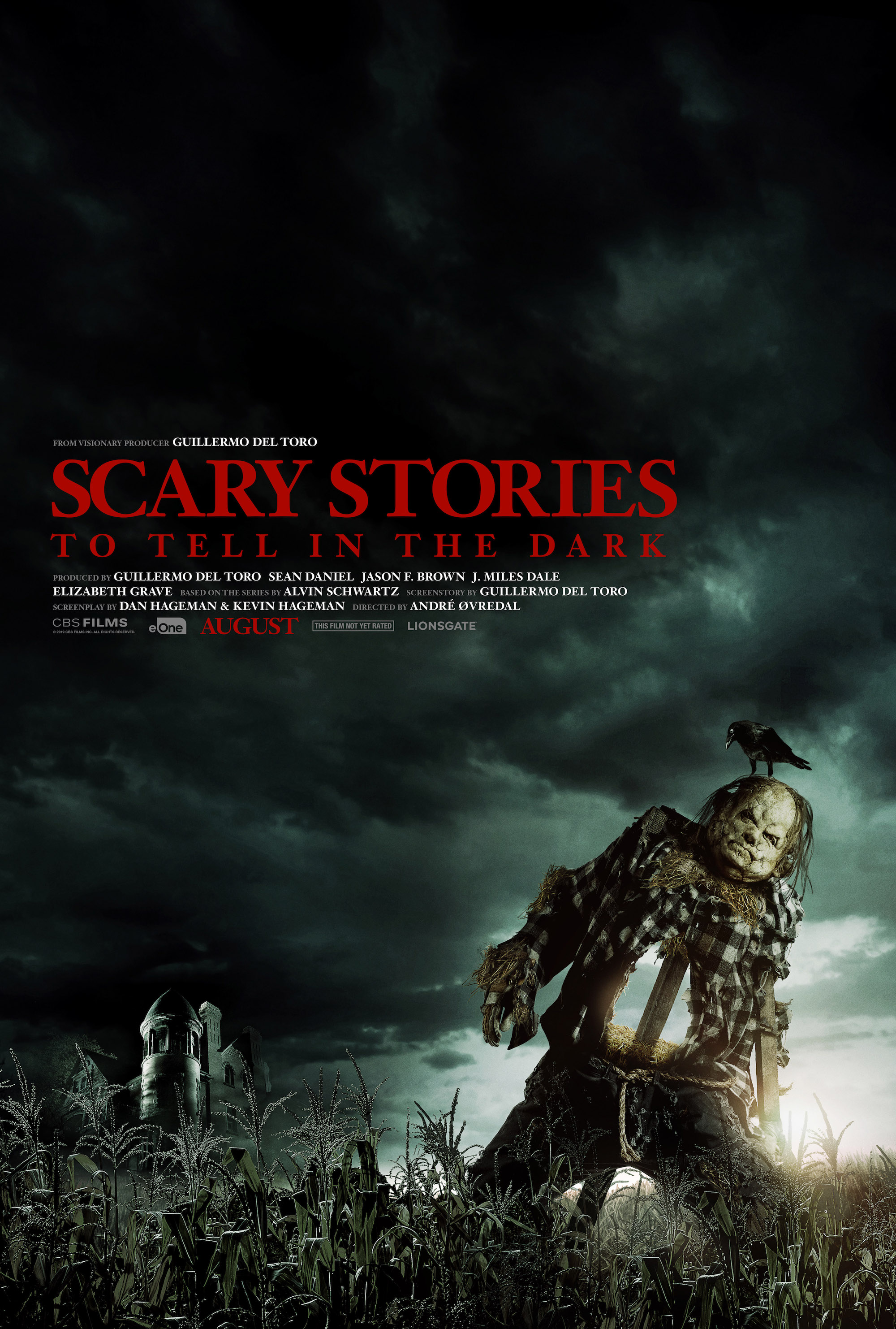 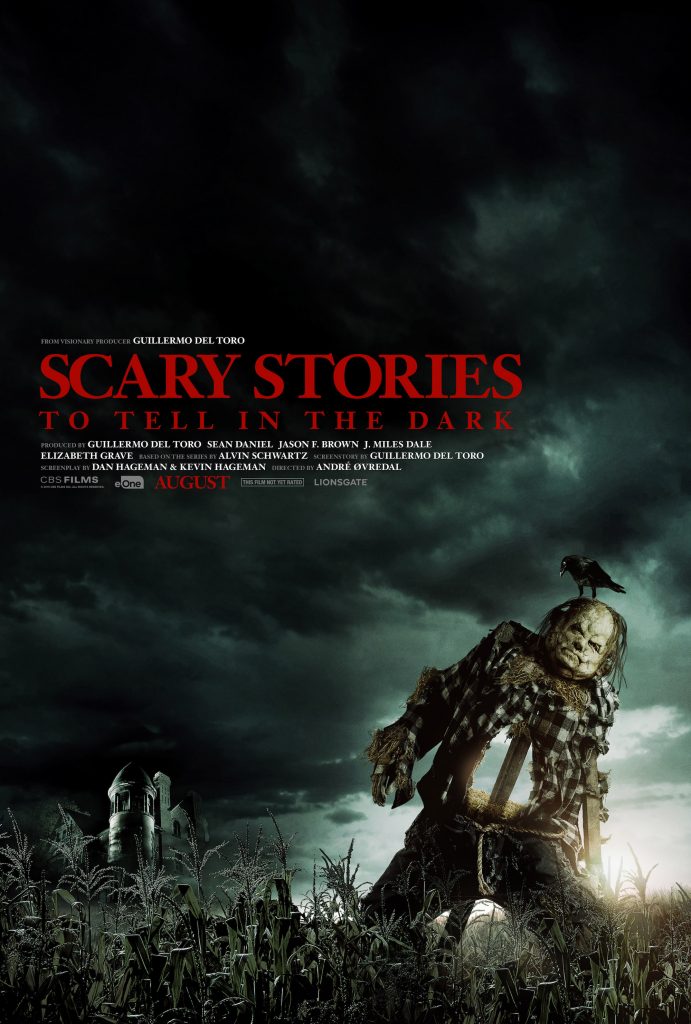 To anyone who grew up in the ’80s and ’90s, the Scary Story series of books by Alvin Schwartz most likely played some part in your life. Whether it was passing by them in your school library, morbidly picking them up at the book fair in elementary or middle school, or just hearing the stories retold to you, you probably know something about them. The books were a great introduction to horror by mixing simple stories aimed towards younger audiences and incredibly scary and subtle artwork. Even today, the Scary Storybooks are creating new nightmares in children around the world, and it’s only natural that the next step would be a feature film based on the series. But the question is, can the movie live up to expectations and deliver a film worthy of the books?

The answer to that is simple: Yes! It absolutely can.

Based in the small town of Mill Valley, Pennsylvania in 1968, a group of teenagers explore the supposedly haunted estate of the Bellows family on Halloween night. It’s here that they discover that the legend of Sarah Bellows, a rumored child killer, might be more real than they had initially thought. Within a hidden room in the mansion, they find a book of scary stories written by Sarah. These terrifying stories soon become all too real for the teens, and they find that their stories haven’t even been written yet. It’s a nightmarish journey through the twisted life of the Bellows family, and the political terrors of real life, as the teens try and uncover the truth about Sarah and stop the stories from being written before it’s too late.

Produced by Guillermo Del Toro and directed by André Øvredal, Scary Stories To Tell In The Dark is an incredibly effective supernatural film, one that is scary and fun at the same time. It is a throwback movie of sorts, one that knows it’s audience, but in no way speaks down to them. It’s incredibly rare that you find a modern movie that both feels like a family film but also terrifies in the best way possible. Movies like Gremlins, Ghostbusters, and Poltergeist did it back in the ’80s, and hopefully, Scary Stories will have the same effect with audiences today.

Instead of going with an anthology approach to the story, which would seem like a logical way to adapt the source material, the team behind the film created a narrative to tell the stories within. And that was a great choice. Having the story told using the backdrop of one of the tensest times in America was an excellent way of having the youth of America face their demons, while the rest of the country dealt with theirs. The Vietnam War and the emotions around it are also a mirror to Sarah’s story; she’s scared, confused, angry, and becoming the monster she swore she wasn’t. It was the perfect way to tell these scary stories.

The young cast is made up of mostly unknown actors, and they all did an incredible job bringing these stories to life. A scarecrow seeking revenge, a creepy spirit looking for her toe and spiders coming out of someone’s face isn’t an easy sell, but these young performers sell it and make it believable. They are also a group of kids that you care about and want to succeed, which helps a lot when watching a film like this.

Of course, the best part about the film is the makeup effects, and how they made the stories, we all know and love come to life. They took their character designs from the original artwork by Stephen Gammell and made these fantastic creations look real and terrifying. If the creatures and spirits from the book hopped directly off the page, they would look exactly like they did in the movie. It’s a monumental task for sure, and one that deserves immense praise.

Scary Stories To Tell In the Dark is a monumental achievement. It’s a PG-13 horror film, but that rating doesn’t matter. It’s not filled with blood and gore, but it’s filled with a sense of dread that most modern horror movies lack. There is a real sense of danger and real stakes within the world of the film, ones that can’t be reversed. It’s the perfect gateway film for younger audiences who are curious about horror but are too young to watch most of them. Even for adults, growing up with the books or not, it’s a fun time at the movies and delivers some great scares. It’s just a fun movie. Go watch it!

Kevin Hoskinson is a writer with a deep-seeded love for movies, comic books, television and the paranormal. From humble beginnings working the box office at his local movie theater, he’s worked his way to becoming a family man and professional bug exterminator. Growing up, he wanted to become an astronaut, a Ghostbuster, a dinosaur and a Disney animator before he found his passion for writing as a teen. He studied film at Los Angeles Valley College with an emphasis on screenwriting and film criticism. He currently lives in Portland, Oregon with his wife and two kids. You can follow him on Facebook, Twitter @Kevin_Hoskinson, and Instagram @kevinhoskinson.

1 thought on “Scary Stories To Tell In the Dark Review”