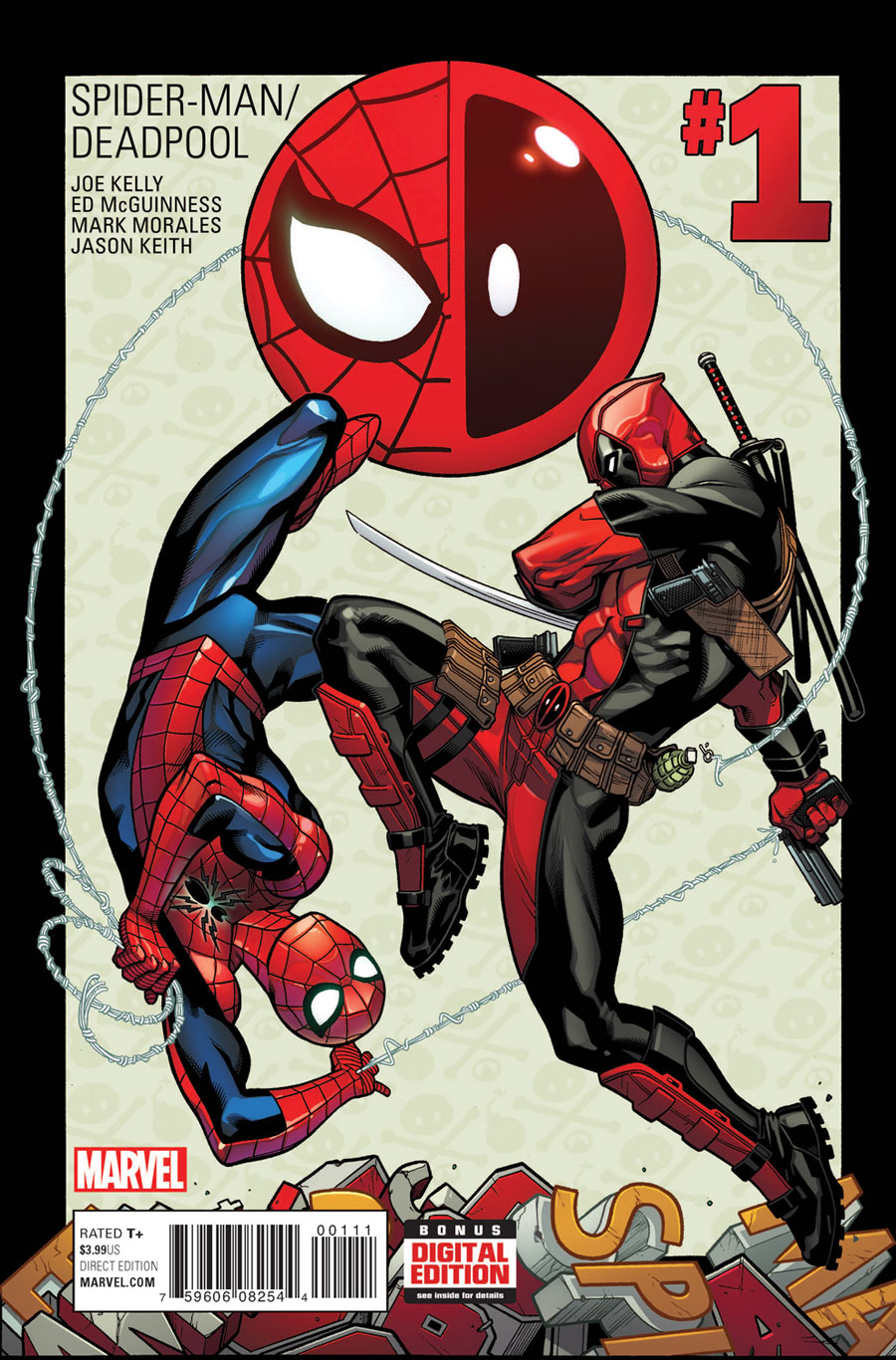 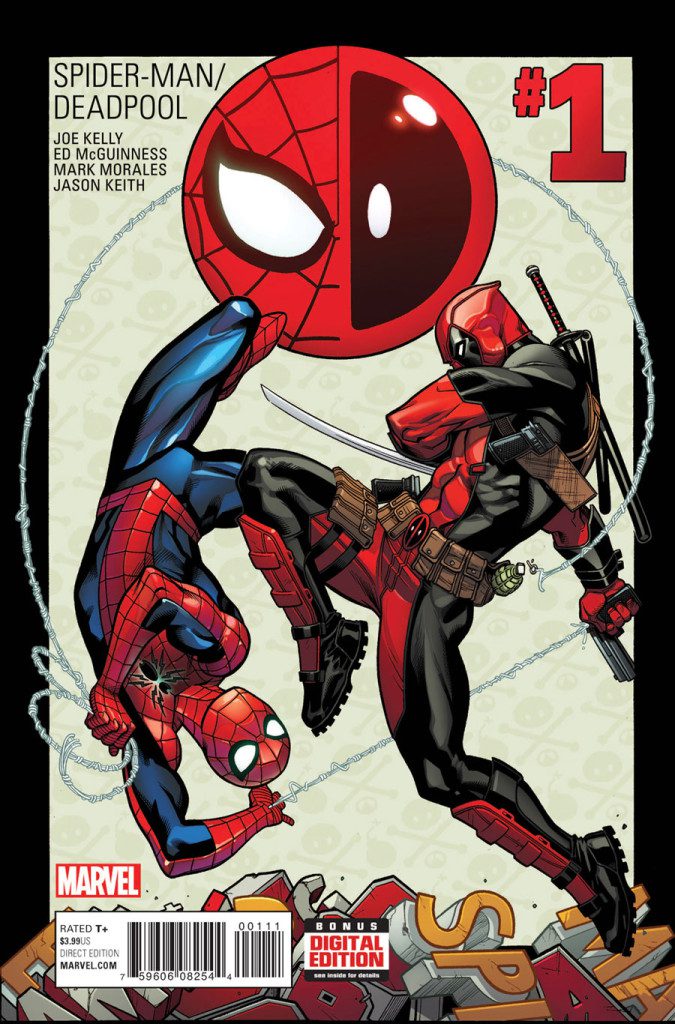 (Victor Valley)—It’s no surprise- we are in the age of Deadpool. The crimson and black merc for hire has never been more popular- with multiple comic book series, spin-off characters like Gwen Pool, a video game, and the all-important cinematic debut set to hit theaters next month, Mr. Pool is the talk of the comic book town. So why do we need another Deadpool book?

Because Joe Kelly and Ed McGuinness, that’s why.

The duo that took Deadpool from a cool looking assassin to a completely insane, fourth wall breaking sensation is back, teaming up Deadpool with the always amazing Spider-Man. It’s a team up book I never really thought would click- and had it been by a different creative team, it may have not worked well at all. But having Kelly and McGuinness at the helm, this is an absolutely astounding issue.

So what brings Spidey and Wade Wilson together? Apparently the dark lord, Dormammu. Knee deep in the fires and demons of hell, we see our heroes try to wisecrack their way out of certain death. Spider-Man has always been the ultimate wisecracker, but when you put him in the same book with Deadpool, it makes old web head seem polite. Deadpool fires on all cylinders here, and why not? He’s a card-carrying Avenger, a cash cow of merchandise, married to a demon- life’s good for Wade. So why seek out Spider-Man, the hero that literally quit the Avengers because he couldn’t stand Deadpool? Well, you should probably read the book to find out.

Kelly and McGuinness are two of my absolute favorite creators- so to see them back, working on a book with a character they catapulted to super stardom, it’s an amazing feeling. The artwork looks fantastic, and ‘Pool looks the way only McGuinness can draw. We get one of the most awkward team ups in Marvel history, and I can’t wait until the second issue. If you want an enjoyable, fun read with tons of action and humor, then look no further. One of the best debut issues of 2015? You betcha.