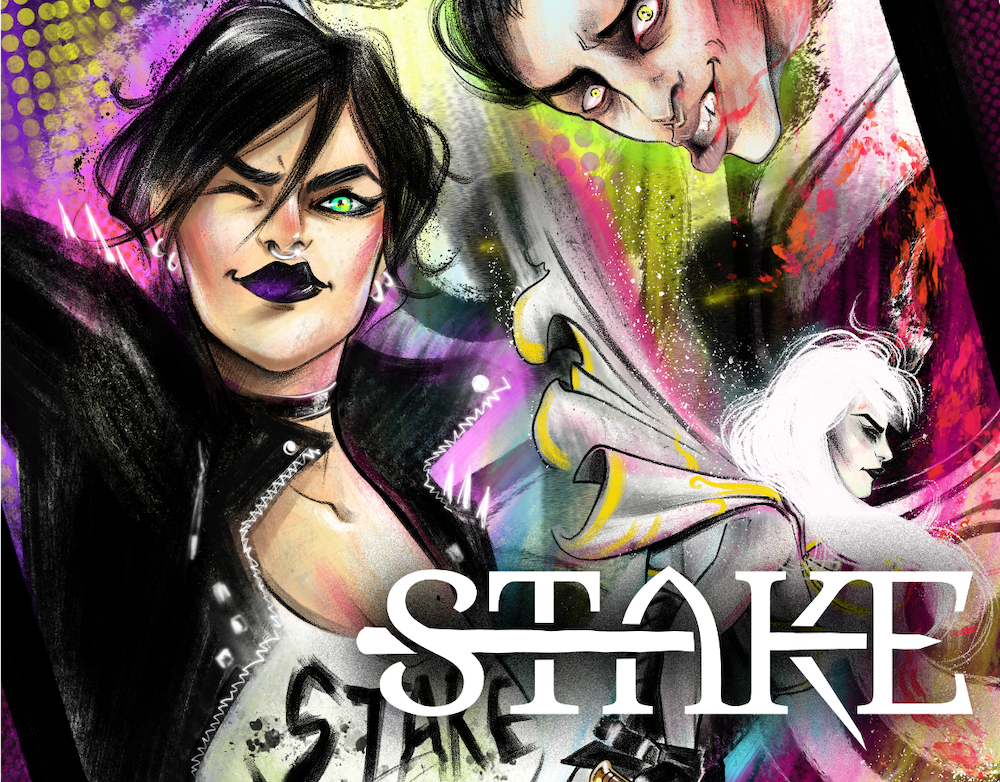 When an ancient vampire rips out her friend’s heart on national TV, an angsty teenager sets out on a quest to avenge her fallen friend. That’s the premise for Stake, dropping in January fro Scout Comics.

Written by David A. Byrne (Spy-DeerMan, The Couch)

Three years ago, Vampires announced their presence to the world in grand fashion; in one instant, Angel lost her two best friends and her existence changed forever. Now, as a member of the Vampire Bounty Hunter Union, and with the help of her ancient vampiric mentor Jessamy, she’s out to track down the bloodthirsty monsters who destroyed her life. She is… Stake.

From Creator/Writer David A. Byrne:

Stake has been a fantastic journey so far, from working with fantastic cover artists to Francesca’s awesome interiors. I couldn’t imagine anyone but Scout publishing this book and can’t wait for the world to get their hands on it!