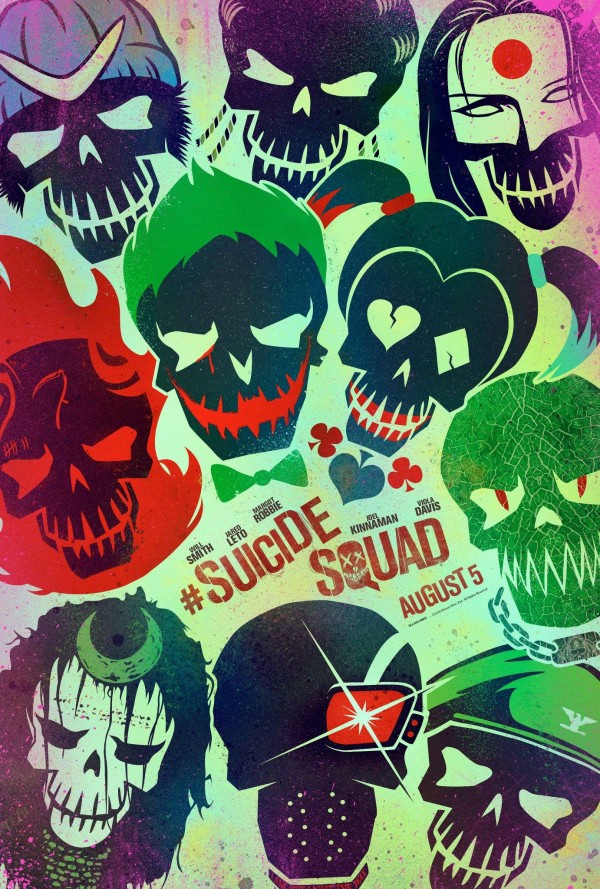 Suicide Squad Aims to Launch the DC Universe to the Next Level- Does it?

After Batman V Superman: Dawn of Justice, some fans and critics were just not satisfied with the result. We got a new, darker Batman, an amazing Wonder Woman, but still, many felt DC Comics and Warner Bros. just didn’t deliver. For me, I felt it was a great reintroduction to these characters rich in history, and a perfect diving board for what was next to come.

That would be the Suicide Squad.

Based off of the team straight off the comic book page, Task Force X, better known in the four-color pages as the Suicide Squad, is a team composed of some of the worst villains known in the DC Universe. With this film, we get an introduction to each of the team members, as well as some insight into what motivates them.

Written and directed by David Ayer (End of Watch, Fury), the film brings together some very well known villains, and some on the other side of the fame spectrum. This incarnation of the team includes Deadshot (Will Smith), the deadliest assassin in the world, Killer Croc (Adewale Akinnuoye-Agbaje), Captain Boomerang (Jai Courtney), El Diablo (Jay Hernandez), and, of course, the clown princess of crime, Harley Quinn (Margot Robbie) among others. Assembled by the behind the scenes political power of Amanda Waller (Viola Davis) and led by former soldier Rick Flag (Joel Kinnaman), the team is formed to shut down metahuman threats, but not by using the honor system. With an explosive placed in each of their necks, with one click of a button, they will cease living if they go rogue.

What is the threat they come together to face? I will leave that out, as it is very much a curveball. But I will touch on a major factor of the film, one fans have been waiting for: the Joker. Portrayed by Jared Leto, the clown prince of crime is back on the big screen and in grand fashion. Leto’s portrayal of the iconic villain is outstanding. Walking the fine line of insane and terrifying, this version of the Joker deserves to move forward in the new cinematic DC Universe.

As for the other characters, I was pleasantly surprised that just about every character shined on screen. Robbie’s version of Harley Quinn, being the first big screen appearance of the character, is so spot on, it is hard not to love every scene she is in. That right mix of crazy and beautiful, Quinn is a force of nature on screen, and a crux for the team’s existence. Smith’s Deadshot is, pun intended, dead on. Many have griped about the casting of Smith as the character, as the assassin is Caucasian in the comic books. Smith completely owns the troubled character of Floyd Lawton, aka Deadshot. So much so, that I would say that between Deadshot, Harley, and the Joker, they completely still the show. Other characters that amaze on screen that caught me by surprise are El Diablo and Boomerang. Diablo, being such a torn character, really blazes a trail here for a character that fans may be trying to remember. Boomerang, who has always been one of my favorite Flash villains, brings the underhanded, dirt bag tactics Digger Harkness is known for in the books to the big screen in a big way.

What didn’t work? I wasn’t completely sold on Rick Flag. He seemed like more of a whiner and complainer than a leader. Plus, in a film with such massive roles such as Joker, Deadshot, and Harley, it would take a lot to even think of outshining them. Flag’s character serves a purpose, of course, but he is definitely the weakest link of his own team.

I loved how this film established each of these characters with insightful flashbacks, some bound to make fans geek out. I walked out of the theater smiling, and knowing that I will be seeing the film again to catch everything that I missed the first time. DC Comic’s has a hit on its hand, don’t believe the negative reviews: I don’t understand how so many people can spew so much hate for such a movie. The film propels the DC Universe forward and makes a band of misfits into fan favorites. Suicide Squad delivers and should be heralded as the success it is. We get a new incarnation of Batman’s bane of existence, a live action version of arguably one of the most popular character in comics, and an introduction to a soon to be fan favorite assassin- what more could you ask for?

1 thought on “Suicide Squad Review: Bring on the Bad Guys”