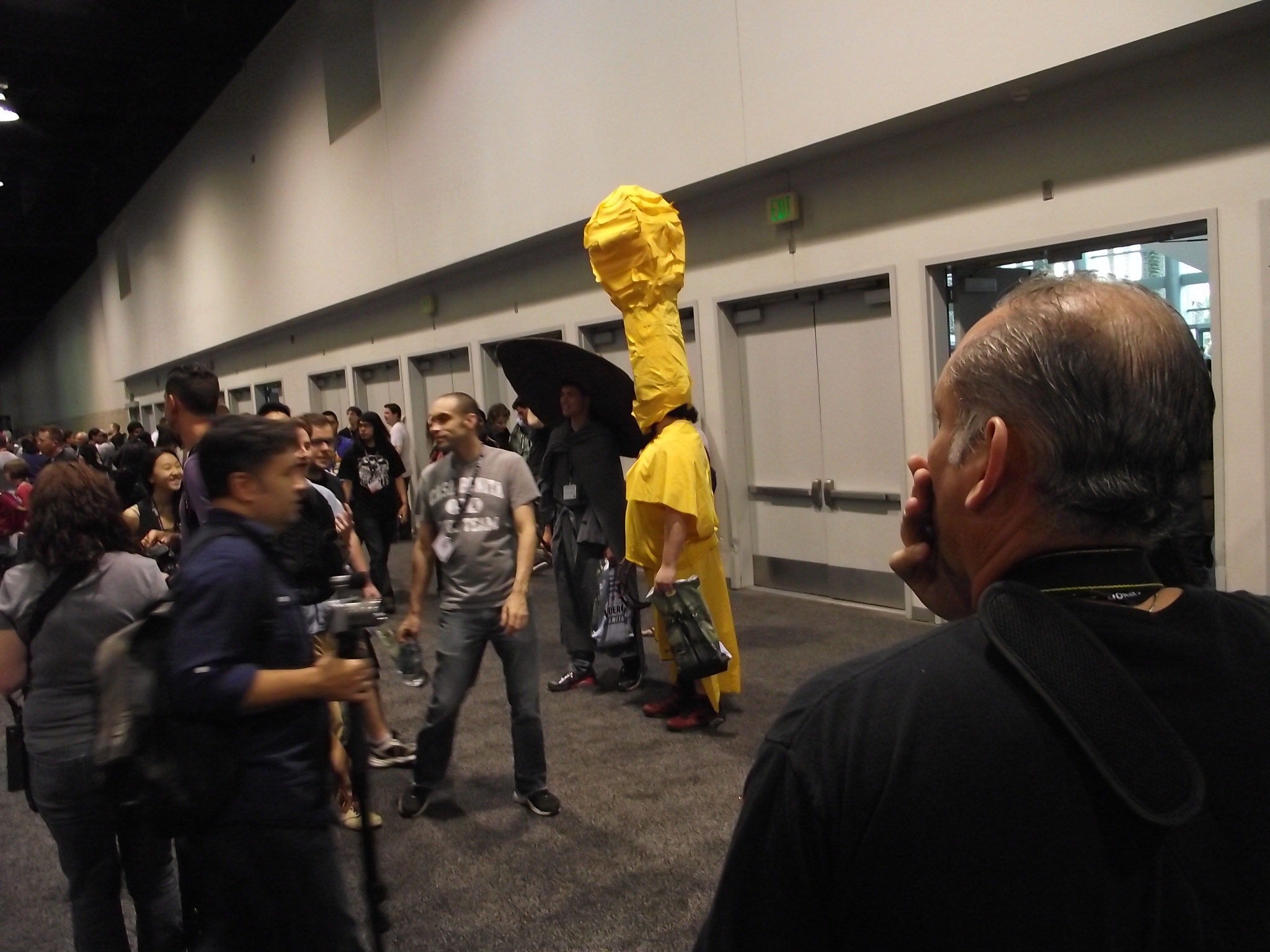 The pop culture convention is known for its extraordinary cosplayers and magnet for anything in the pop culture universe: comic book publishers, artists, writers, video games, costume designers, vendors: anything you could imagine in the pop culture realm was there. Comic book publishers like DC Comics, Dark Horse, Image, Oni Press, Boom Studios, Aspen and more had creative teams on hand, ready to meet fans and sign autographs. Individuals self-publishing their own books were on hand as well, like the artist behind the hit all-ages book, Shiprock and Wonderdog.

Victorville resident Andre Van Alitory, from the Hiro Channel on YouTube, went to his first WonderCon, and was thrilled to share his thoughts with us. “I thought it was awesome, wall to wall creativity! From the cosplayers to the upcoming artists, and of course meeting the artists who animated your favorite TV shows as a kid.”

A few other High Desert residents were on hand, but as part of a booth. Apple Valley residents Chris and Amy Hernandez, the creative team behind the zombie children’s book Jack and the Zombie Attack, were on hand WonderCon. We caught up with them on how their first WonderCon went. “This was our first year at WonderCon and coming from Comic Con, we really didn’t know what to expect as far as reaching people for our book,” said Chris Hernandez, artist of the book. “Surprisingly, there were many families and of course a lot of children that attended. It seems as if these families didn’t want the hassle of bringing their entire family to San Diego and dealing with the crowds. Kids want something to call their own and that’s the whole premise of why we created Jack and the Zombie Attack. We interacted with many families before our signing and gave stickers to the kids.”

The Hernandez’s could be found at the Forbidden Panel booth, which was located at a prime location on the convention floor. “Our friends at Forbidden Panel were cool enough to carry our book at their booth and give us a time slot to sign,” said Chris. “It was an amazing experience! We were right in between DC and Dark Horse! I got to give a book to my favorite character designer and one of my inspirations, Stephen Silver (Danny Phantom, Kim Possible, Fairly Odd Parents, Looney Toons) and had a very good friend of mine who taught me so much when I worked at Disneyland, Dave Smith (Space Base 8) buy a book from us. The best part of WonderCon though was sharing this experience with my best friend, my beautiful wife and author of Jack and the Zombie Attack, Amy Hernandez. It was very inspirational and motivating. If you can’t make Comic con, this is the next best thing to ease you in to the madness that takes place in San Diego. Speaking of San Diego Comic Con, we will be there exhibiting our books as well!”

For more information on WonderCon, visit them online at http://www.comic-con.org/wca.