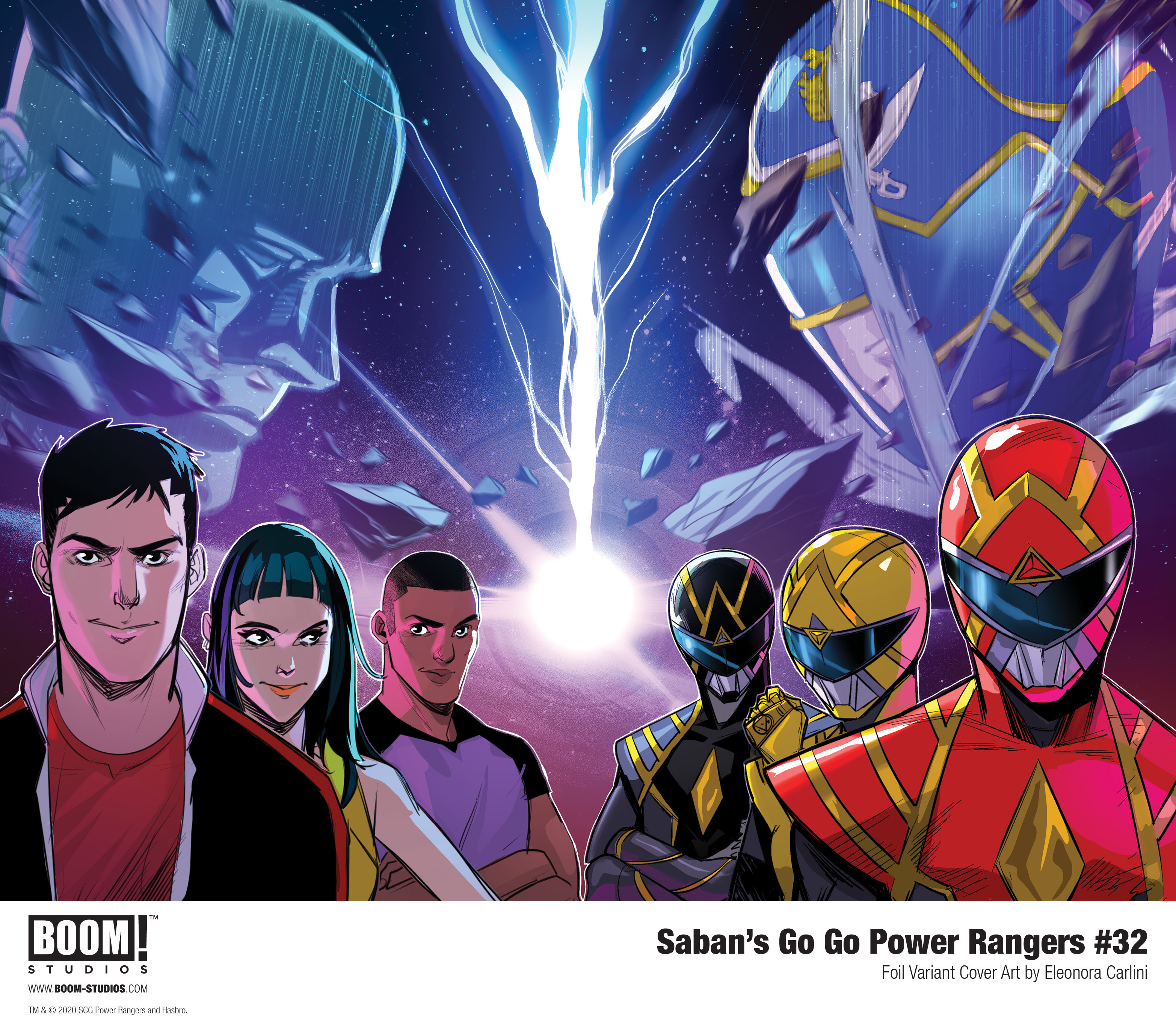 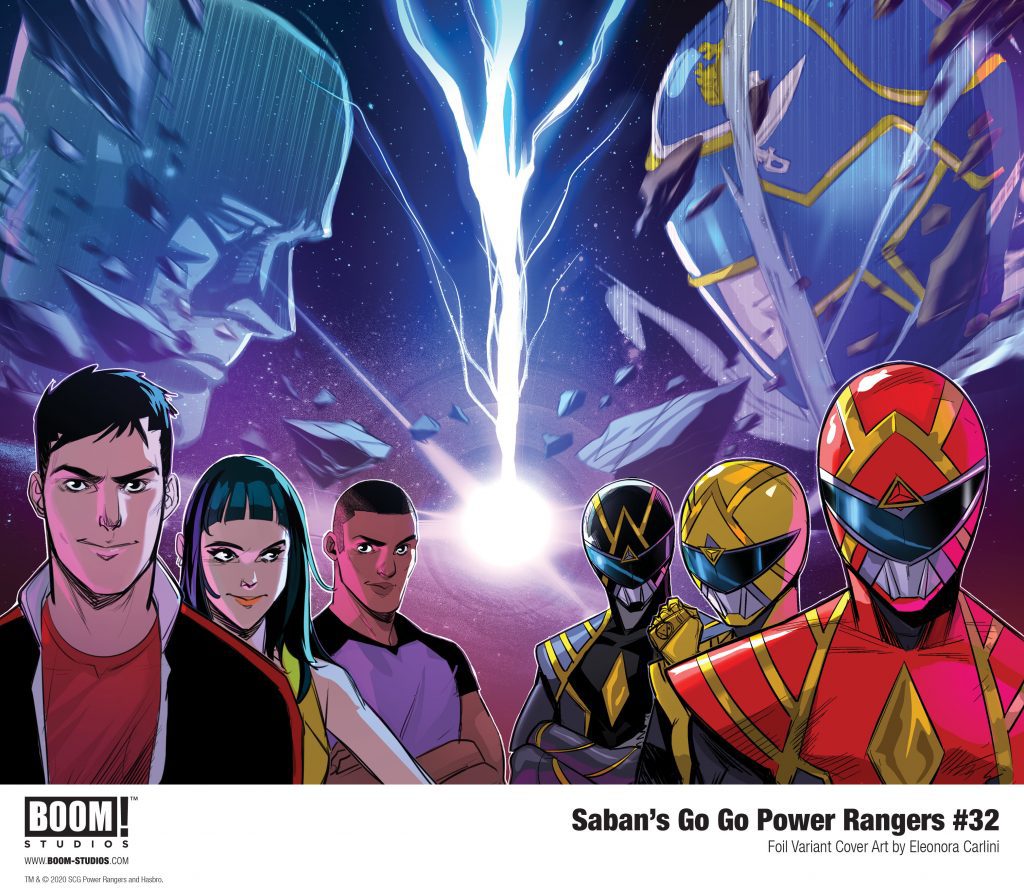 The origin of the Omega Rangers concludes in this final issue of SABAN’S GO GO POWER RANGERS! Jason, Trini and Zack meet Kiya for the first time on Safehaven to begin their new roles as Omega Rangers! Meanwhile, what will it take for Aisha, Rocky and Adam to prove they’re ready to be the newest Power Rangers on Earth?

Print copies of SABAN’S GO GO POWER RANGERS #32 will be available on April 22, 2020 at local comic book shops (use comicshoplocator.com to find the one nearest you), or at the BOOM! Studios webstore. Digital copies can be purchased from content providers like comiXology, iBooks, Google Play, and Madefire. Softcover collections of SABAN’S GO GO POWER RANGERS, and other Power Rangers releases from BOOM! Studios are available now, everywhere books are sold.

For continuing news on the SABAN’S GO GO POWER RANGERS series and more from BOOM! Studios, stay tuned to www.boom-studios.com and follow @boomstudios on Twitter.