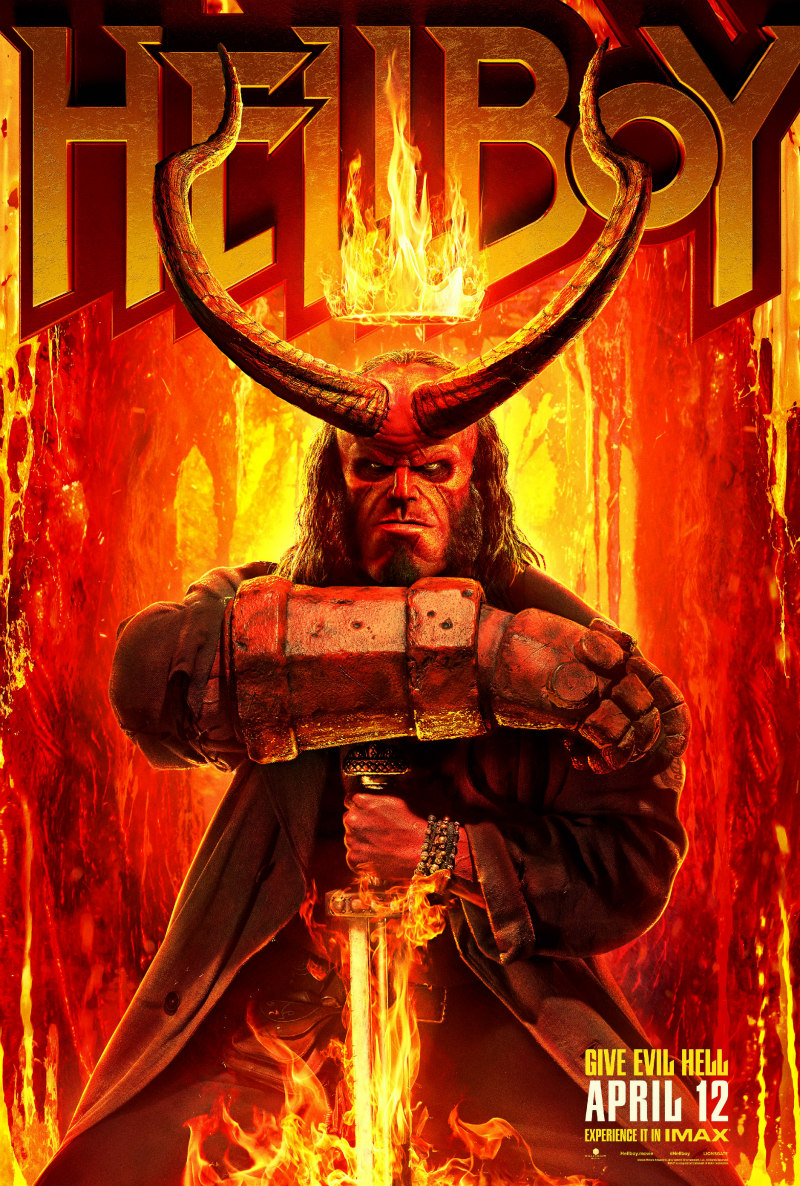 Since it was first announced, the new Hellboy film has been circled in controversy, the main topic being: no Ron Pearlman? Not my Hellboy. But to make such a statement without giving this new iteration a shot, that’s is just insane. Well, the latest version of Hellboy is here, right hand of doom and all. So how did the new horned hero fair in the reboot?

This film shines bright, especially for fans of the comic books. Based on the comic book series from Mike Mignola, the film centers around Hellboy (David Harbour) a paranormal investigator that happens to be a demon. Allied with his “dad” Professor Broom (Ian McShane) and the Bureau for Paranormal Research and Defense (B.P.R.D.), Hellboy takes on the weird in hopes of safeguarding the world. With this film, we see the rise of an ancient evil in the form of the Blood Queen (Milla Jovovich). With the Blood Queen, another clandestine group steeped in the paranormal with the Osiris Club, a were-jaguar, Lobster Johnson (Thomas Hayden Church), the horrifying Baba Yaga and more- this Hellboy brings the weird.

But how is it? I loved it. It follows a few different storylines from the comics, including The Wild Hunt, and introduces more characters from the comic pages. From Major Ben Daimo (Daniel Dae Kim) to Alice Monaghan (Sasha Lane), the film gives us some tremendous first cinematic appearances. Harbour himself is excellent- he comes into the character of the troubled, lumbering hero destined to destroy the world. I love his portrayal of Hellboy, and I hope we get more films of this version of the character. I loved every role here: Ian McShane is impressive as always, Kim and Lane become great supporting characters, and Church pulls of the first-ever live action appearance of one of my favorite characters from the Mignolaverse, Lobster Johnson.

One of the main differences from this film to the two previous is the rating: this is rated R and for a good reason. The gore factor is dialed up tremendously, and the language is a bit rougher. This is a very dark film, as it has a modern horror flare to it, but it works exceptionally well for the film. My main gripe for the film would be Alice’s ability to speak to spirits, and how grossly it is portrayed here. These powers are new for the film and are disturbing, to say the least.

I know this film is being buried by critics, but Hellboy deserves your attention. This is a fun, dark romp back into the world of demons and giants, and is worth the price of admission easily. Hellboy smashes into 2019 on a strong note, let’s hope we see more from the franchise in the future.