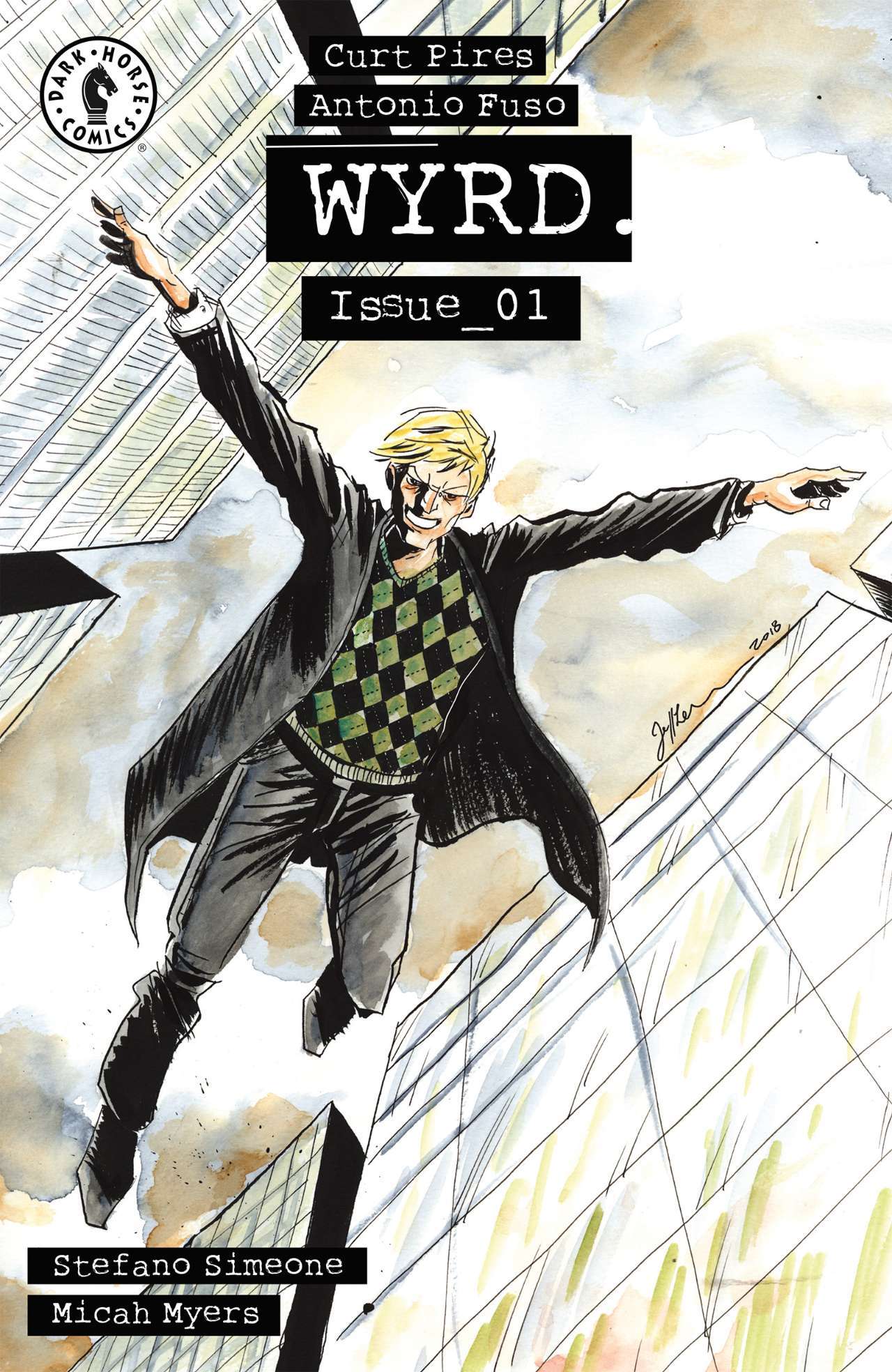 Dark Horse always brings out the strange and wondrous, I mean, look at Hellboy and The Umbrella Academy for two perfect examples. With Wyrd, we get a tale that follows a somewhat familiar protagonist down a twisted, funhouse version of a legend. With a description like that, why wouldn’t you pick this up?

From Curt Pires and Antonio Fuso, with colors by Stefano Simeone, letters by Micah Myers, and rocking covers by Antonio Fuso and Jeff Lemire, the story is of a man with a death wish and a penchant for solving the unexplained- Pitor Wyrd. A character that has a very John Constantine vibe to him, right down to the verbiage he spouts. Except for, it seems, he cannot die, despite trying his best, and he is American, not British like Hellblazer.

This dark book sends Wyrd to Crimea in search of a killer ravaging a village. What he finds is a dark, twisted failed attempt to copy the USA most successful patriotic super soldier, but instead of getting a sentinel of justice, they turned a test subject into a hulking psychopath, looking to hurt the world as much as the world hurt him. This is where we see Wyrd kick in, having some sort of enhanced powers as well as the ability to not break.

Pires and Fuso create something great here: it doesn’t feel like a stab at John Constantine, but rather an ode to books like Hellblazer that, well, blazed the path of weird, violent comics. I really enjoyed the first issue: the art was very fitting, the use of X-ray panels was clever, and by the end, we are still left wondering who or what exactly Wyrd is. Dark Horse does it again, and I can’t wait to see what this unbreakable a-hole does next.