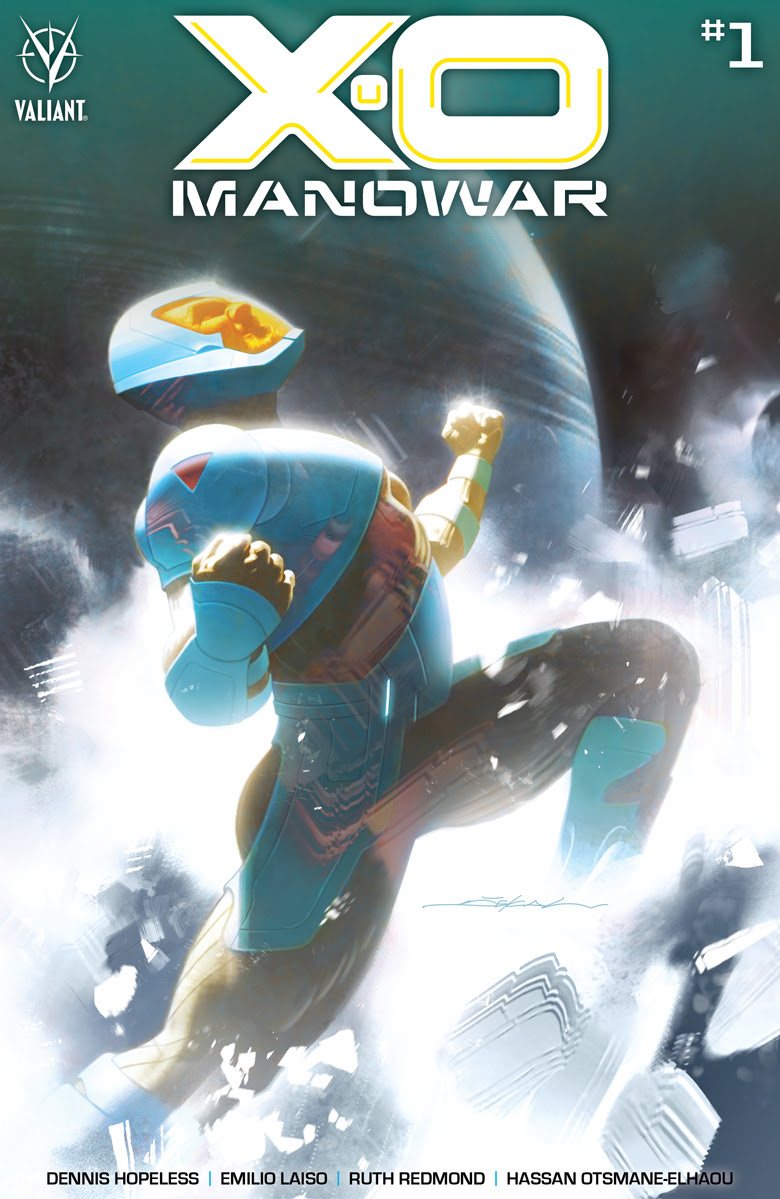 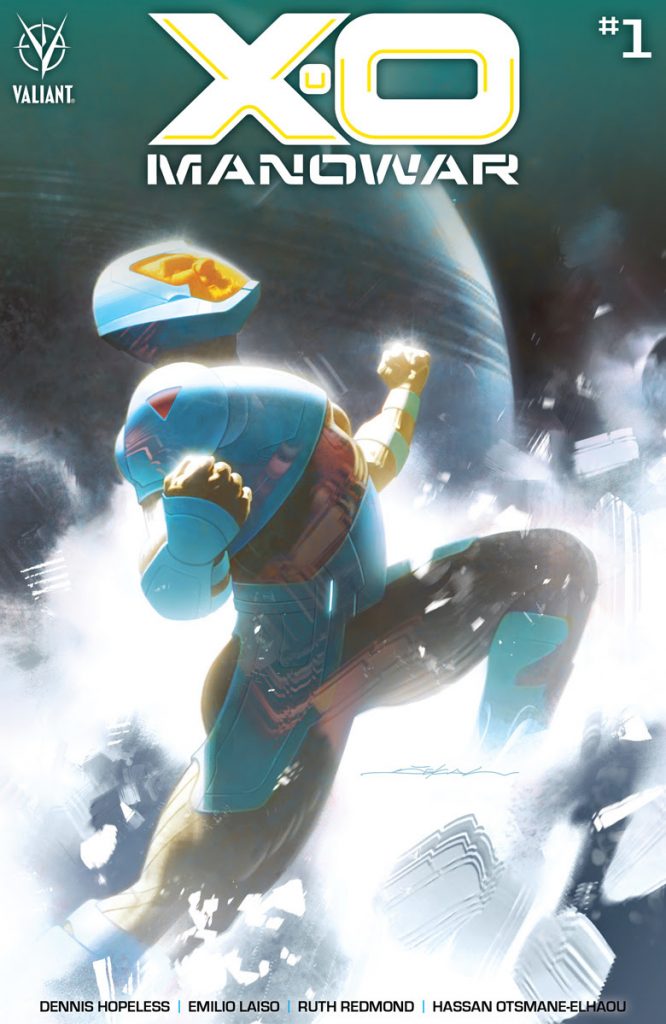 Valiant Entertainment has some of the coolest characters around. Leading that charge has to be their gold and blue armored warrior, X-O Manowar. The Visigoth warrior plucked from his time and bonded with a sentient alien armor has been Valiant’s heavy hitter since he debuted back in 1992. Since then, he has had numerous relaunches and even a killer video game with Iron Man back in 1996. Well, he is back with a new series, ready to show the world he isn’t just another armored avenging hero.

From Dennis “Hopeless” Hallum, Emilio Laiso, Ruth Redmond, and Hassan Otsmane-Elhaou, we kick off the story with Aric, also known as X-O Manowar, battling aliens above Earth. We see the interactions between Aric and Shanhara, his suit, which had a very Iron Man vibe to it. As it should, as Aric is a warrior from a time of swords and blood, and Shanhara is more of a voice of reason. We see someone plotting against the hero as well, with a massive armored menace that we see later on. From being a hero that nobody trusts to a man outside of the armor that is a fish out of water ina society he doesn’t know, we get some great moments. Like when Aric goes hunting for food instead of simply buying something. By the end of the book, Aric has new allies and a new major threat that might be from his past.

Hallum has crafted a great reintroduction to the character here. I didn’t read the past series of X-O, but I didn’t feel lost at all. I really like how Aric is written- yes, there are similarities to Iron Man, but this isn’t a tech genius in the suit: he’s a warrior. We see precisely what that means in this issue, and it shows how unique this character really is. Laiso and the art team hit a home run here, with amazing, striking visuals. From X-O himself, with his amazingly designed armor, to the new threat to even Aric as a civilian and those he encounters, it all feels very original and fluid. The emotions captured in the expressions on these characters is impressive as well, making words optional as the art tells the story so well.

I enjoyed this new entry into the world of X-O Manowar. It is grounded in humanity while still showing us the fantastic science fiction elements the character is known for. A perfect place to jump on board, X-O Manowar #1 reminds us that Valiant is here to stay.