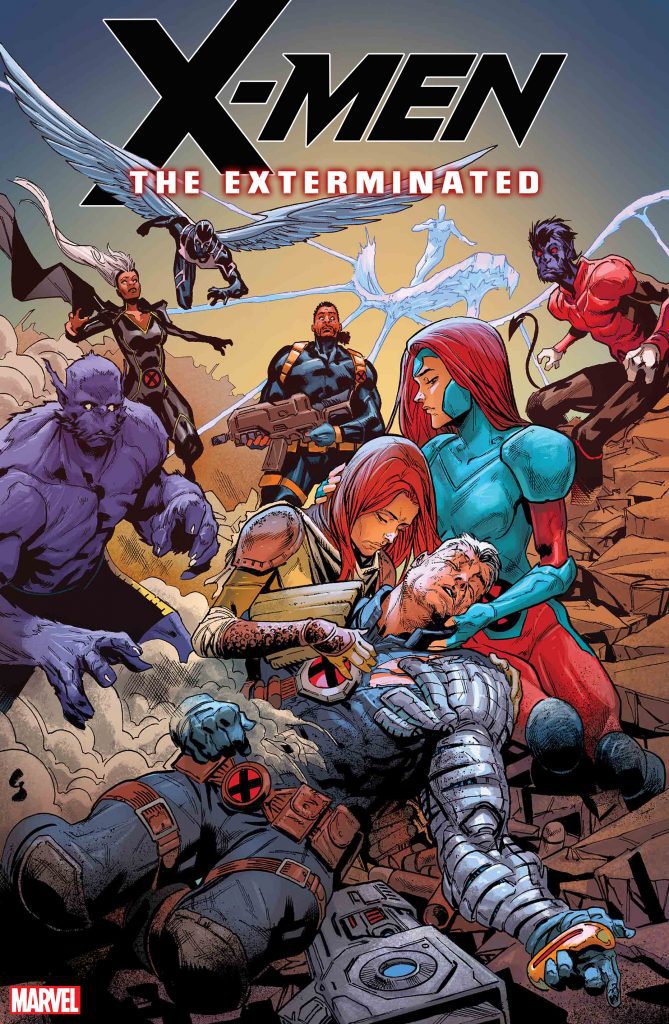 A Death In The Family! X-MEN: THE EXTERMINATED #1

Cable has fallen, and the events of Extermination have left a hole in the X-Men family. What comes next??

In the wake of Cable’s death, his adopted daughter Hope Summers is attempting to deal with her loss – but a dark and terrifying path beckons her, and the X-Men’s own Jean Grey may be her only hope for survival!

“This issue is our chance to say a proper farewell to Cable, to honor his legacy, and to really see the immense impact the time travelling mutant had on those closest to him,” said Nadler. “Most importantly, it’s about how the Summers family copes with grief, and the difficulty of forging ahead. The issue is packed with fan favorite X-Men from all different eras, and we’re super excited to be bringing them together, despite the somber occasion.”

Don’t miss the X-Men story everyone will be talking about – X-MEN: THE EXTERMINATED #1 arrives in comic shops this December!

Art by NEIL EDWARDS and more