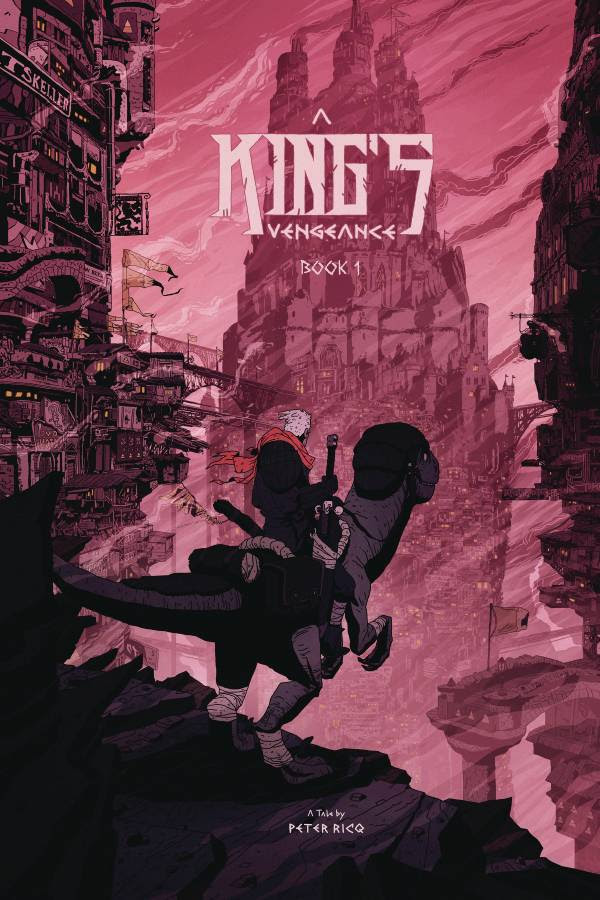 A vexed warrior who was once a loving father and husband is brought back to life 25 years later to avenge the demons responsible. Welcome to A King’s Vengeance, hitting stores this December from Scout Comics.

A King’s Vengeance is a steampunk medieval fantasy adventure wrapped in an action-packed revenge story. We follow King Olric who on the last day of a 4-year war confronts the demon responsible. Unable to kill him, the demon assumes the form of his son and slays Olfric. Resurrected by necromancer Beltho Krane 25 years later, Beltho offers Olfric vengeance in exchange for his service. Together, the pair hunt the demon and all those connected to his and his family’s death. Even if it means taking them on one enemy at a time. Inspired by Conan The Barbarian, Robocop, Game of Thrones and Hellboy, fans of will love this story.

“If Ricq and LeBlanc’s writing and story is R.E. Howard meets Edward Neumeier, then Ricq’s art is Mike Mignola meets Box Brown. Deceptively simple, highly stylized, a little cartoony and a whole lot gory, Ricq’s deeply-shadowed style is highly reminiscent of Mignola’s Hellboy, while his faces are a bit of Brown’s Is This Guy For Real (both identified as inspirations by Ricq himself).”