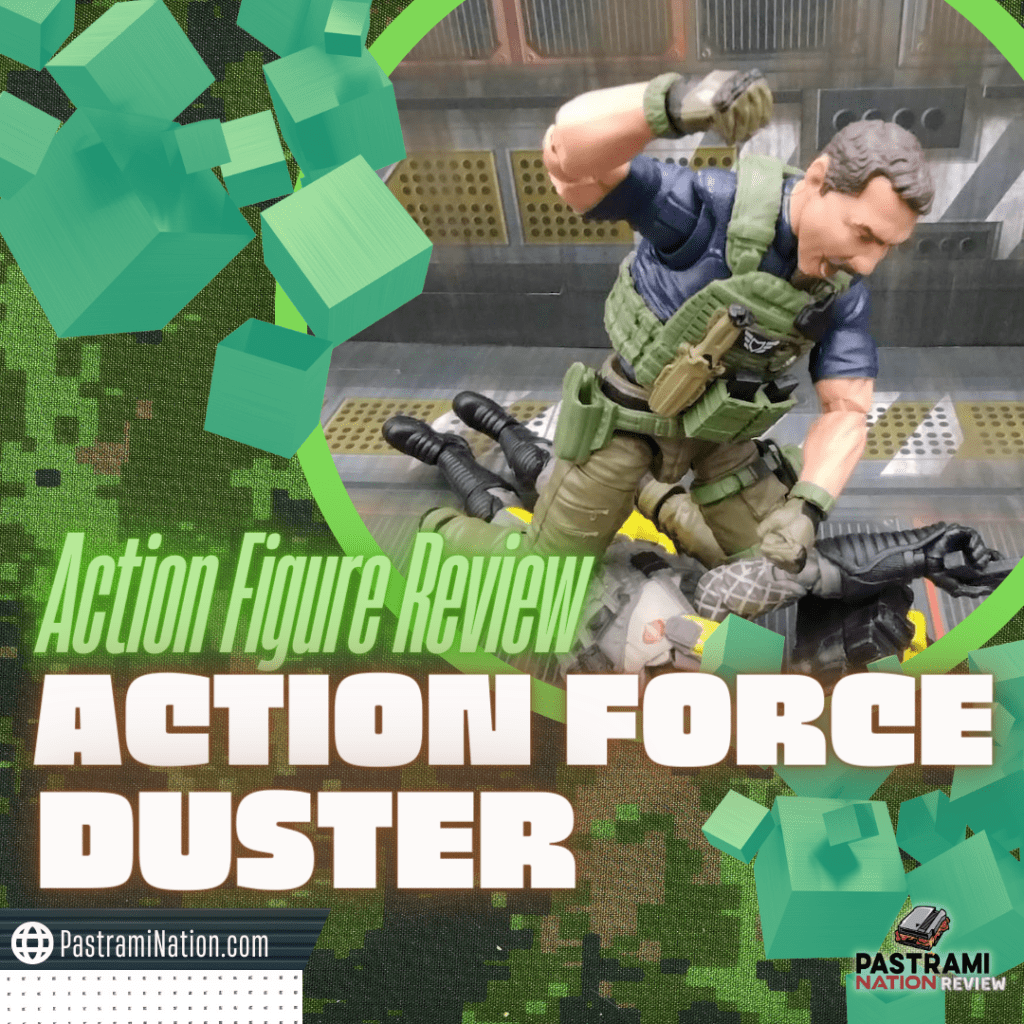 Not too long ago, I had the chance to review the awesome Action Force Sgt. Slaughter figure from Valaverse, and it did not disappoint. Now I’m back checking out another great figure from their Action Force line, one of their original characters, Duster.

Duster, aka Timothy F. Kennedy, is a special forces weapons sergeant loaded with accessories and mean looks ready to give your other figures a military-grade ass whooping. From the multiple hands to the interchangeable head, this guy has already surpassed Slaughter for me. He comes with a removable helmet with a night vision option and a radio headset, both of which stay firmly on his head, which was my gripe about the Sarge figure due to his sunglasses and hat not staying put. Articulation is on point, and the fact that one of his heads is a screaming one, you can really put ol’ Duster here in some realistic poses.

Valaverse has already won me over with their Slaughter, but this guy is the icing on the cake. Duster fits the bill of that original military soldier to a T. He’s an absolute must for any military figure collector or just any toy collector. Period. Thank you, Valaverse for giving life to the awesomeness that is Action Force!