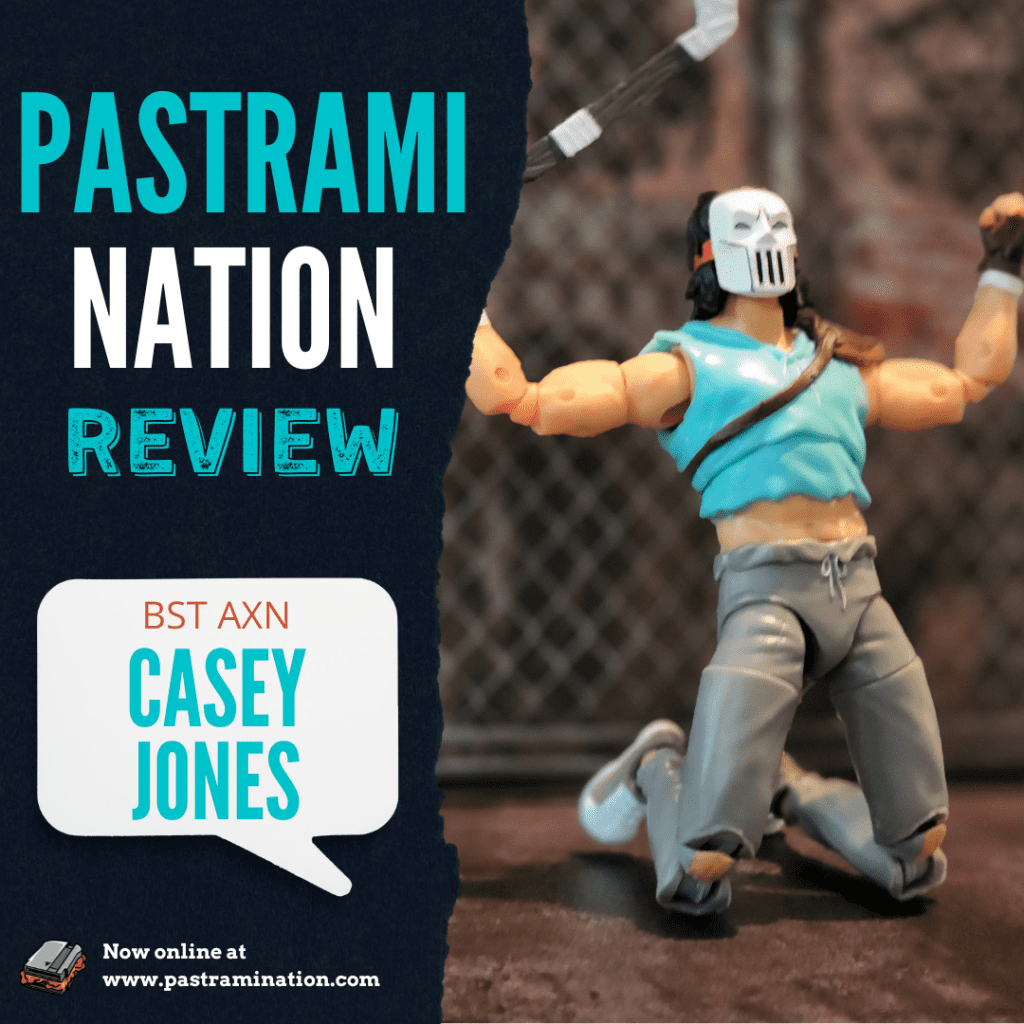 I have been a fan of the company The Loyal Subjects for a long time, ever since my brother took me to their booth at SDCC many years ago. Back then, they started their action vinyl figures, like two packs of Transformers. Fast forward to now, and The Loyal Subjects have evolved their vinyl line to a larger scale action figure line called BST AXN. These 5-inch figures boast a massive amount of articulation and feature various characters- from Buffy to Napoleon Dynamite to Slash and Ozzy Osbourne; it’s insane the figures we are getting. They jumped into the Teenage Mutant Ninja Turtles world now, as I am checking out one of my favorite characters of all time: Casey Jones.

The hockey mask-wearing vigilante and friend to the Turtles, Casey Jones, brings it in grand fashion. Featuring 31 points of articulation, an alternate unmasked head, interchangeable hands, a Goalie hockey stick, hockey stick, golf bag, and a baseball bat- that is a ton of accessories for a figure in this day and age. The sculpt is fantastic, perfectly bringing to life Casey Jones’ animated look. The hands are a bit bendy, which works super well with changing out weapons. The articulation allows you to pose this figure in a ton of ways. I love the look and feel of these figures- solid construction, excellent paint apps- all for under 20 bucks.

I enjoyed this figure, but I know the scale isn’t ideal for some collectors. But you must try at least one of these figures to see what you are missing out on. Casey Jones is an excellent representation of the character and what The Loyal Subjects can do. I am thrilled with this line and hope we get some more obscure characters in the future, like Ace Duck or Muck Man.