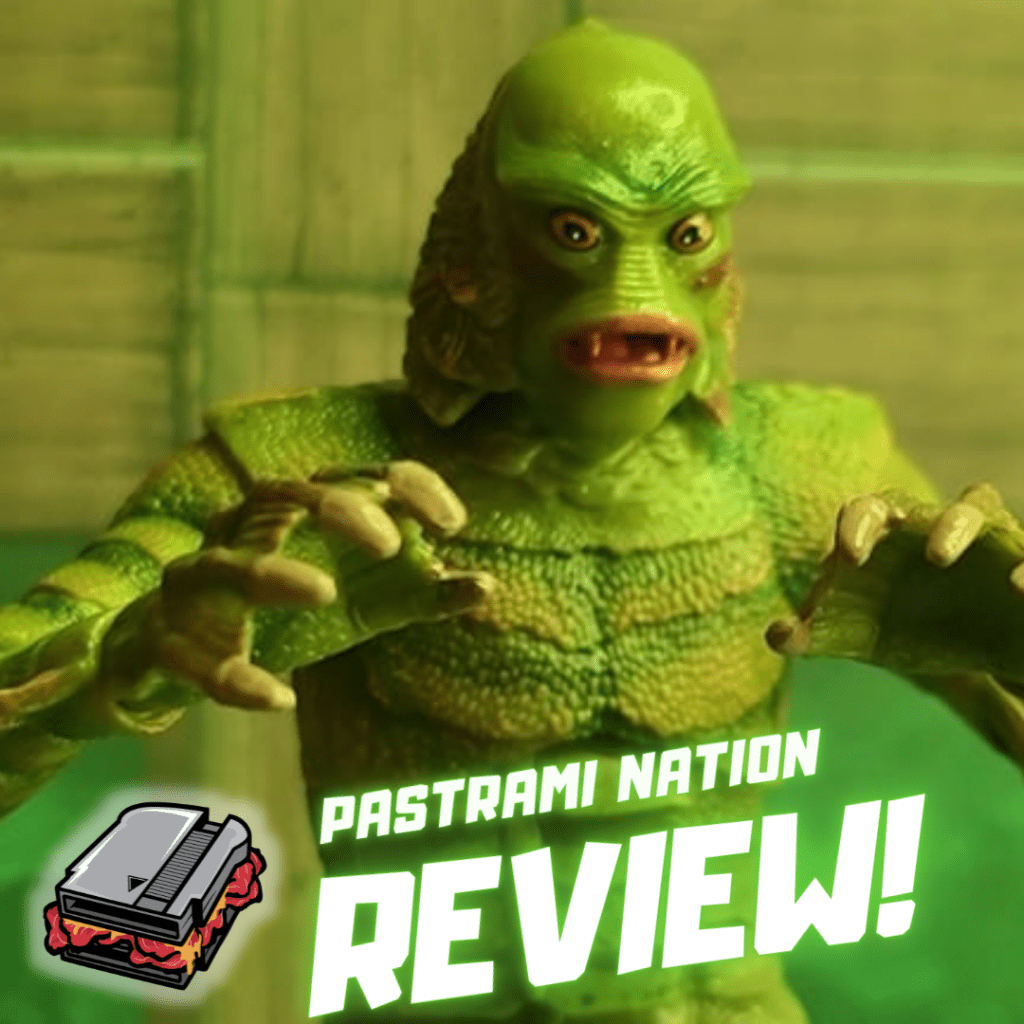 He is one of the most iconic, classic movie monsters of all time, and thanks to Jada Toys; he has returned as an action figure as a part of their new Universal Monsters line- let’s dive in and check out the Creature from the Black Lagoon.

The figure marks one of the first action figures to be released by Jada Toys- known for their great cars and more. The packaging is excellent: the sleek, smaller box with two-tone artwork on the side panels looks terrific. But what about the actual figure?

I have to say, I am incredibly impressed. The six-inch scale figure is loaded with articulation- think Marvel Legends style articulation, and you’ll get the picture. The joints are good, some are a bit loose, but nothing to hinder the enjoyment of this figure. The sculpt and paint apps are amazing, giving us a fantastic 1/12 scale figure of one of Hollywood’s most infamous monsters. He comes with an interchangeable head, hands, and even a harpoon gun and net.

I am incredibly impressed with the Universal Monsters lineup so far. Jada Toys came out of the box swinging for the fences, and they hit a home run with this one. A fantastic figure; I cannot wait to see what is next for the line- maybe the Wolf Man? One can only hope.

Nolan P. Smith is the Editor in Chief and Co-Founder of Pastrami Nation. He has worked for various media outlets for the past ten years, from newsprint to the ever-evolving internet platform. Residing in Pinon Hills, CA, writing has always been a significant aspect of his life. A husband, reporter, teacher, public relations specialist, and more, he takes a lot of joy out of covering the world of pop culture. You can follow him on Twitter and Instagram at @pastramination.

1 thought on “Action Figure Review: Creature from the Black Lagoon from Jada Toys”