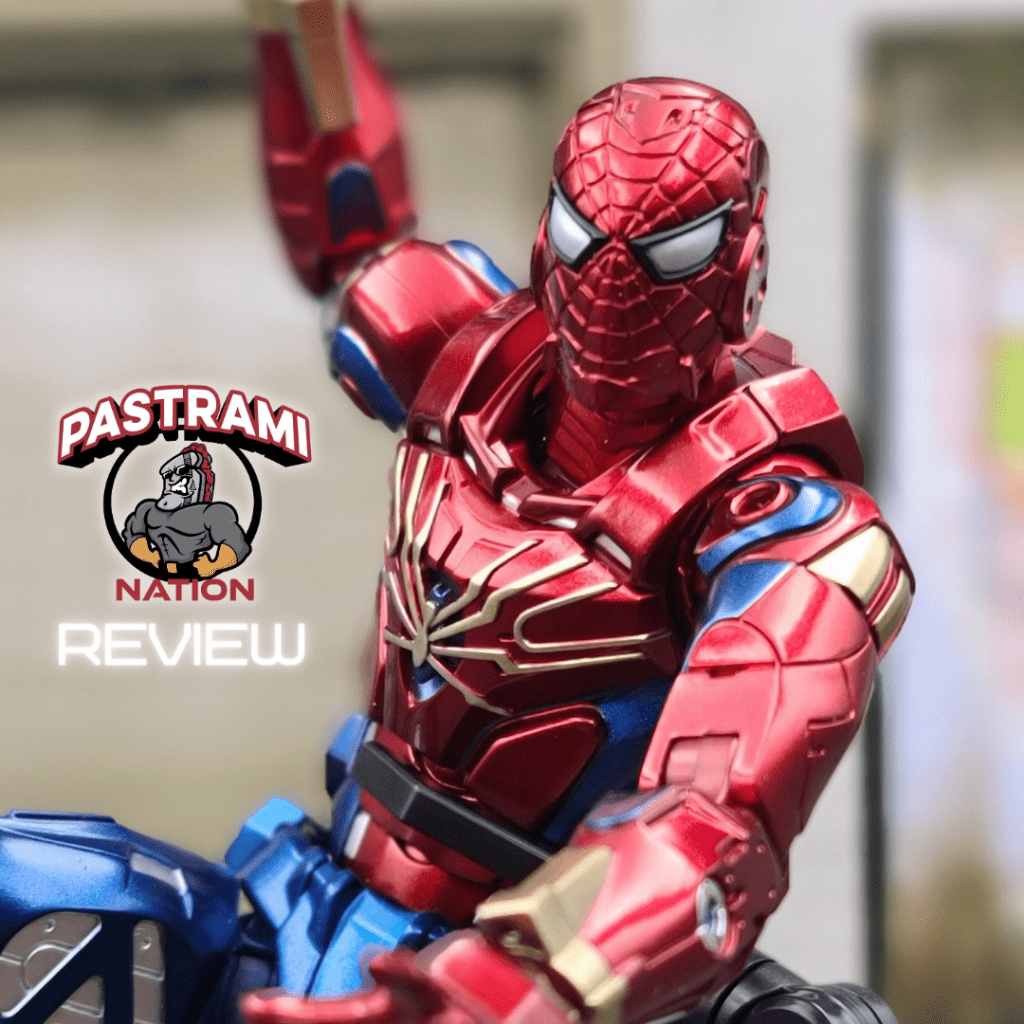 Today I checked out the upcoming Fighting Armor Iron Spider figure from Sentinel, thanks to our good friends at Bluefin. This is the second release in the Fighting Armor series, following the previously released Iron Man.

Modeled in diecast and plastic parts and clocking in around 6.5 inches tall, this is a beast of a figure. Just like Iron Man (you can find a review of it on the website as well!), this figure is built exceptionally well and sturdy. The armor details are amazing, from the spider logo to the web-shooters to the great head sculpt that retains the full tilt and range of motion as Iron Man.

The figure comes with multiple hands and a base for posing, as well as the infamous Iron Spider arms that attach to his back. This is where the one weak point in the figure is for me, as the holes are not deep enough for the spider legs to fit fully into. This led to the legs popping out a few times as I posed it. But that is the only negative I could see. One plus is the spider legs fit onto Iron Man as well!

The Fighting Armor Iron Spider figure is a must-buy for fans of Iron Man’s various armors and just fans of outstanding figures as well. This is the best version of Iron Spider I have seen yet, and I cannot wait for the Captain America, Wolverine, and Deadpool figures to release. Make sure to pick this one up, as it is hitting shelves soon!