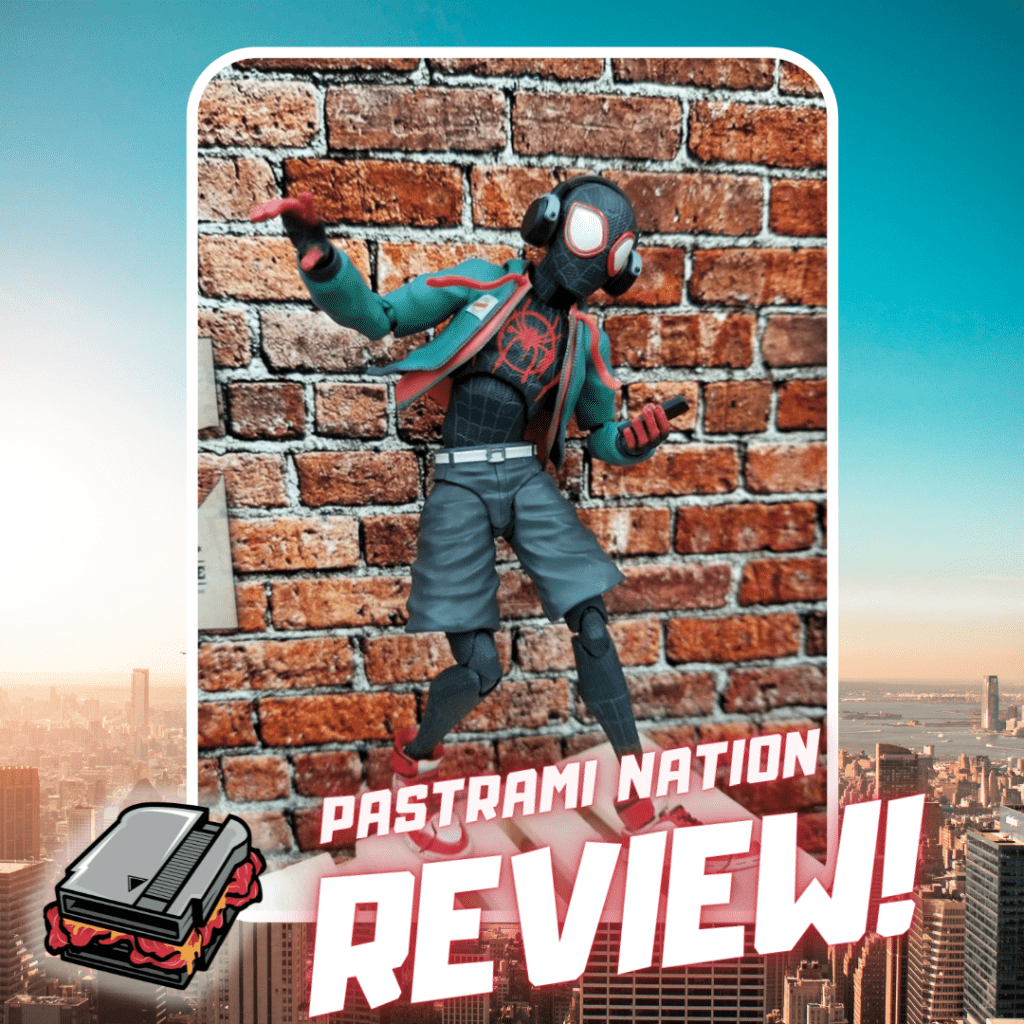 Thanks to the folks at Bluefin, today I take a look at one of the most anticipated action figure releases of the year- the Miles Morales Spider-Man figure from Sentinel. Based on the amazing animated film, Spider-Man: Into the Spiderverse.

This is a great figure, let’s go ahead and say that first off. The size scales so well with other six-inch figures, and really captures Miles Morales’s essence. I loved all the different hands and the interchangeable clothes, and all of the accessories. The figure is so much fun to pose and photograph, and it feels like a high-quality, sturdy figure.

But I do have a few points I think could have been improved on. I didn’t like that there were no wrist joints. Also, I would have liked the head to go all the way back to have him in crawling poses, which would have looked epic. I would have also preferred the stand to be clear rather than black because if you pose him on the black stand, the black kind of interferes with the picture. I would have loved an unmasked head with another facial expression as well.

When all is said and done, this is one of the best Miles Morales figures to date, and one of the best action figure releases this year. Be sure to pick this one up while you can!