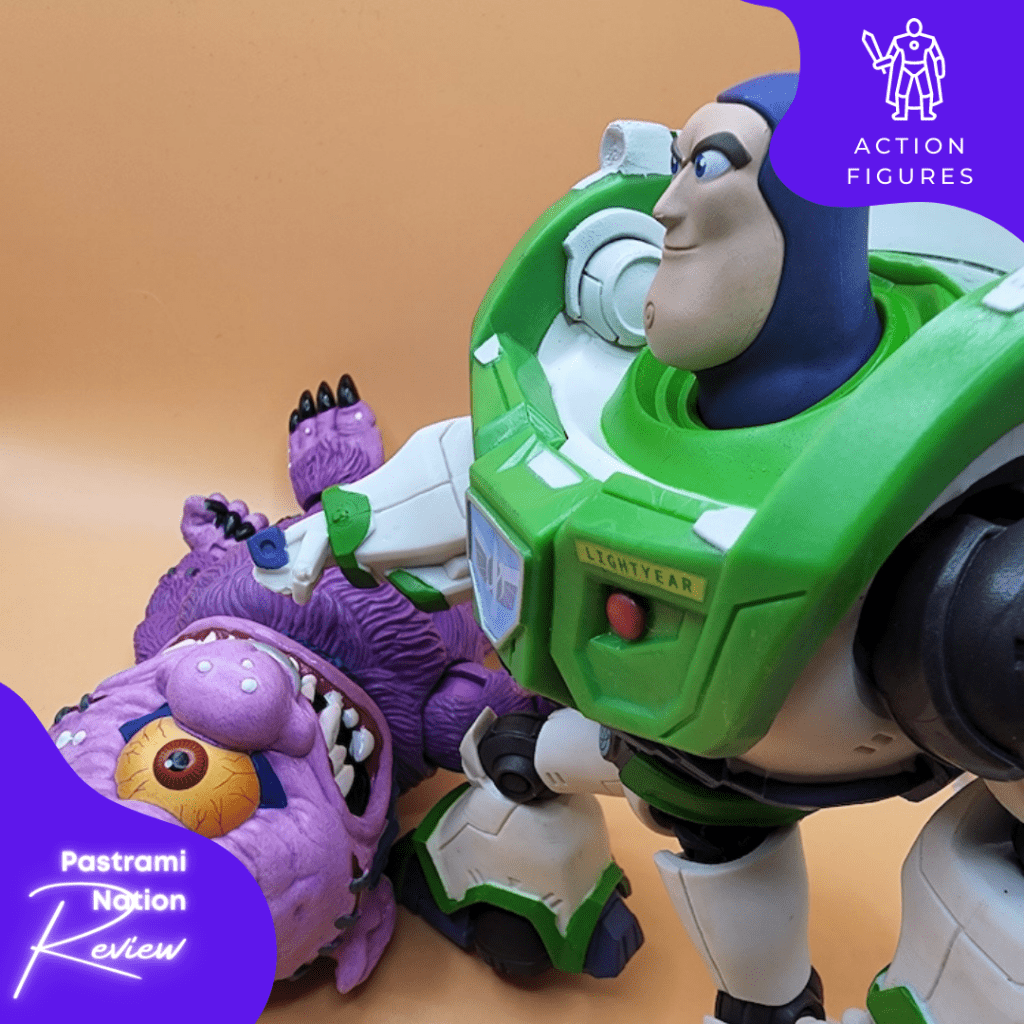 McFarlane Toys has taken over toy aisles across the globe. From their own impressive Spawn figures to the ultra-popular DC Multiverse and more, Todd McFarlane’s toy company has spanned so many licenses in the last few years, and one of the most exciting has to be the Disney Mirrorverse lineup. For this review, I look at one of the 7-inch figures from the first series, Buzz Lightyear.

The figure looks extremely impressive, very similar to Buzz’s classic look, with some upgrades, like the clear blue pair of wings. The sculpt and paint applications on this figure are outstanding, capturing the animated look and feel of Lightyear. The articulation is excellent for the most part. You can get a great range of motion from this figure for posing, but I have one major drawback. There is no head articulation, which seems odd for such a detailed and articulated figure. I boiled and tried to work the joints, but I got zero movements from the head, which is quite disappointing.

The figure comes with the wings mentioned above, a jet pack, a trading card, and a simple base. This was almost the perfect Buzz Lightyear figure; if the head had some motion, I would have no complaints. Still a great figure; I hope Hercules is coming down the line next!