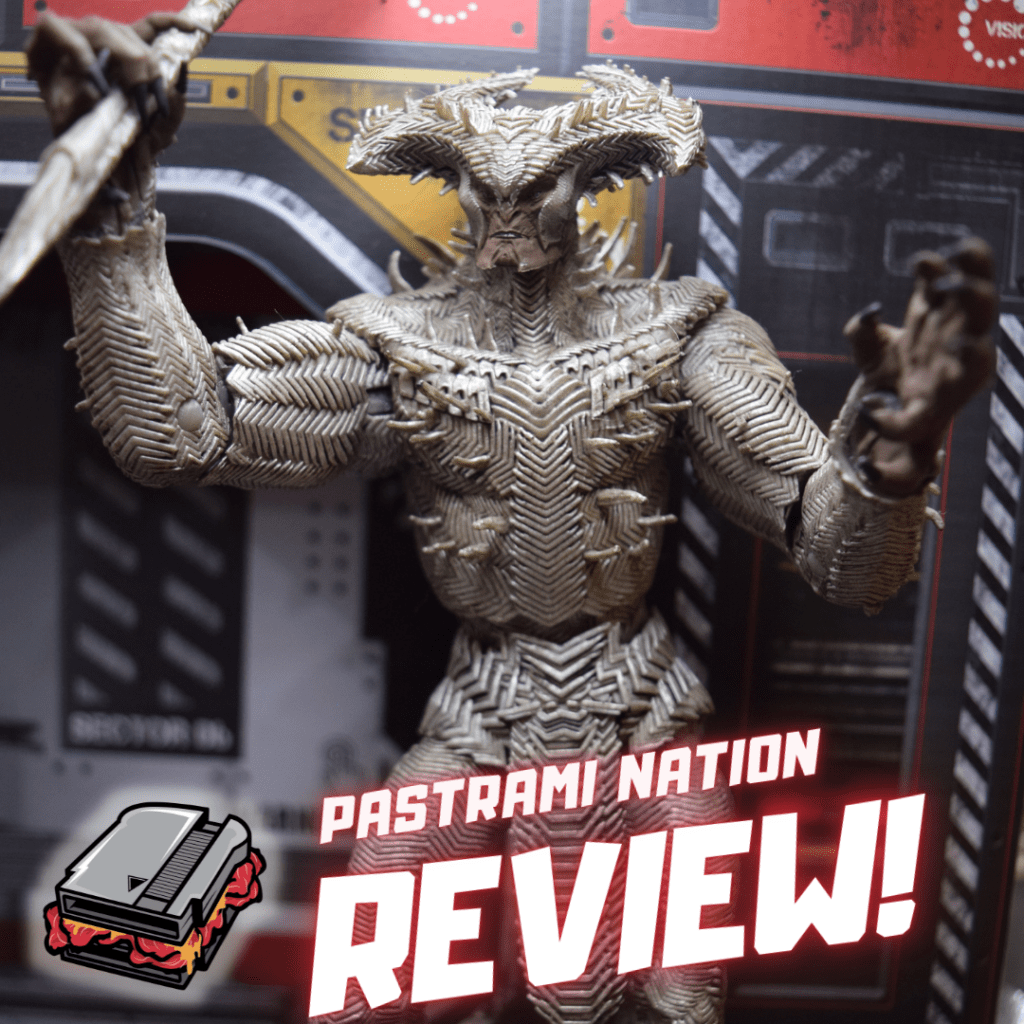 You can’t have Darkseid without his right-hand man, can you? McFarlane Toys has brought to life the villainous Steppenwolf from the Snyder Cut of the Justice League film and done so in grand fashion.

For me, the redesign of Steppenwolf for the Snyder Cut looks incredibly better than the original design, so I am glad we get this form as a mega-sized figure for the Justice League lineup. Like Darkseid, Steppenwolf towers over the average 7-inch figure, as he should. Right out of the package, this figure is impressive. The sculpting on the head and armor is immaculate, and the details- like the hands and toes, do not go unnoticed. Steppenwolf comes with his trusty axe, so don’t lose your head. But once I tried to pose this figure, I realized what would keep it from being a cut above the rest.

For one, it is tough to get the figure to stand on its own, thanks to his unique, articulated toes. It’s a shame because this is such an imposing, monstrous-looking figure, but he isn’t all that menacing falling down. The hands are another point of frustration, as they lack the standard hand articulation, thanks to Steppenwolf not having average, human-like hands- as he has extra fingers. We get one point of articulation on the hands, but it is just for forward and backward motion.

When I first held this figure, I thought it would be the best out of the bunch from McFarlane Toys. Sadly, out of the three I am reviewing at the moment, Steppenwolf would rate last due to the minor hiccups in articulation and possibility. But that shouldn’t detour you from this hulking figure. It looks great with the DC McFarlane figures, Mezcos, and more. It’s always good to bring on the bad guys- I’m just glad he actually got produced into an action figure.