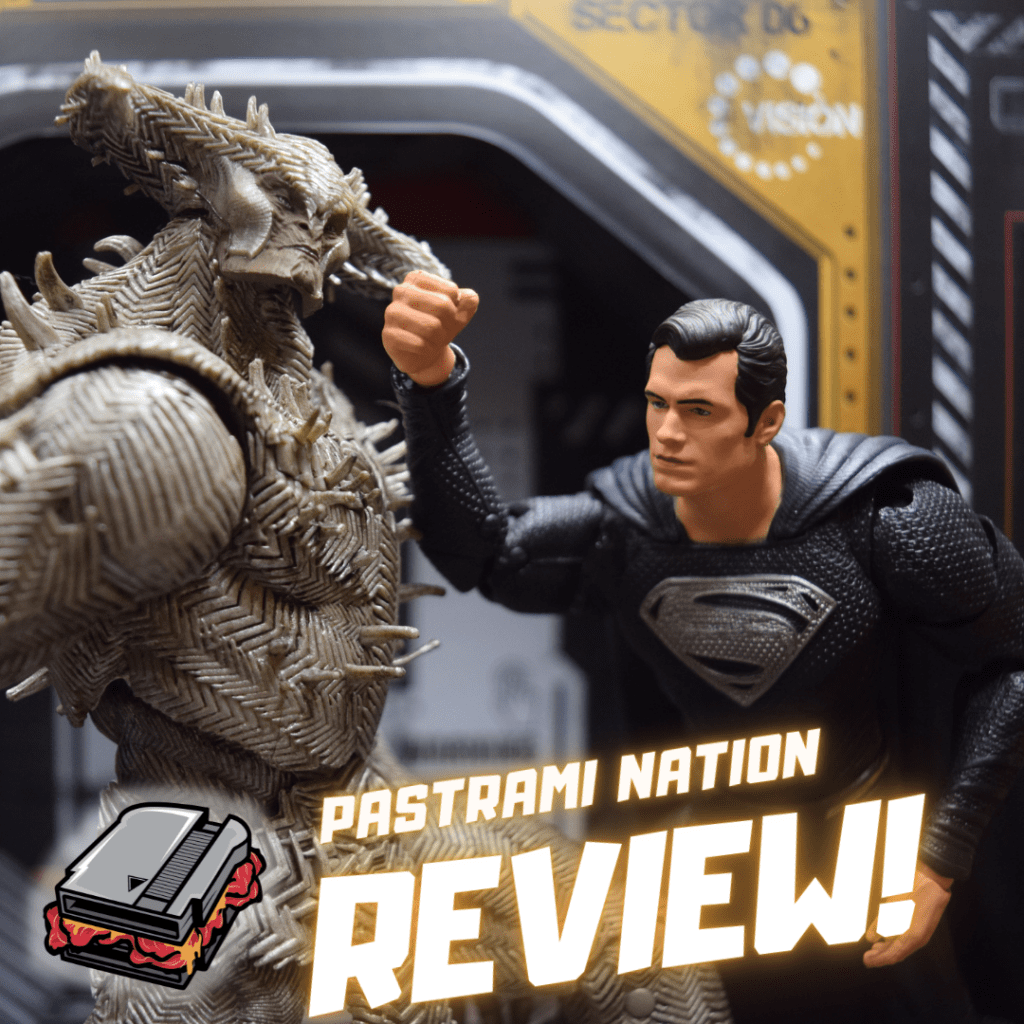 Next up on the Snyder Cut Justice League series of action figures from McFarlane Toys comes one of the film’s best parts: the black suit Superman.

The Superman figure comes with a flight stand and collector card, and this figure looks fantastic. The likeness is pretty good for Henry Cavill’s Superman, and the sculpting and detail are top-notch. The details on the suit, especially the “S” emblem, look amazing. The figure boasts the standard, excellent articulation we have come to know and love regarding McFarlane’s 7-inch lineup. He has one open hand and one fist and a plastic cape with a folded, draped look. This figure looks and feels fantastic, but there are a few things that could have put the figure leaps and bounds above the rest.

My biggest gripe is the loose ankle joints, which made posing and standing the figure quite the chore. It could just be the one I have, but those joints definitely take away from the otherwise awesomeness of this figure. I would have loved some interchangeable hands and an alternate head, but that is more of a wish of mine for a basic retail release.

Superman absolutely stole the scenes he was in when he rocked his comeback black suit, and this figure might steal the show when it comes to the primary line of Justice League figures. Highly detailed, great articulation with a minor hiccup, this is the Superman to pick up in stores. Highly recommend.