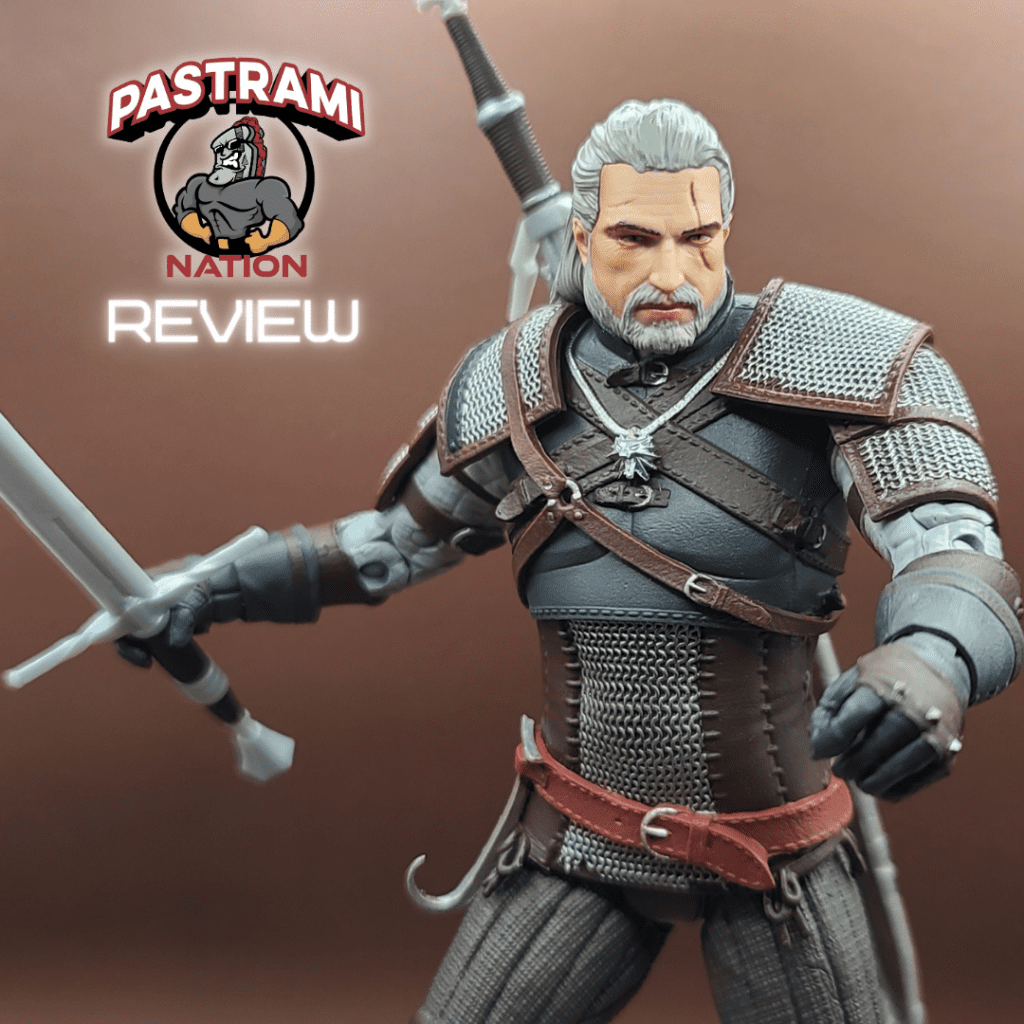 One of the most storied tales to cross over in multimedia has to be The Witcher. From the original novels to the hit video games to the comic book adaptations and the mega-popular Netflix series, the story of Geralt of Rivia are something fans pine for. Thanks to McFarlane Toys, we get a fully articulated version of The Witcher himself, but does this figure make the cut?

The 7-inch figure is based on The Witcher’s video game appearance, as he rocks his chain mail armor, wicked scar on his face, two swords, and the severed head of a beast on a rope. That’s a classic McFarlane touch, right there, adding in such a gruesome and fitting accessory. This figure also comes with a base, but you don’t need it as the figure stands well on its own. Now, some people hear the word McFarlane, and they worry about the lack of articulation. Let me put those worries to rest, as this figure is loaded with articulation.

Using the same articulation system found in McFarlane Fornite and DC figures, Geralt has points of articulation you can’t even see thanks to an exceptionally well down soft goods torso armor piece. You can pose the Witcher in several ways, and the joints are solid and sturdy, so the figure doesn’t fall. The two swords fit nicely in the sheaths on his back, but getting them to fit into his hands is a whole different story. I feel like the grip could have been lessened just a tad, and it would have made it so much easier for this figure to dual wield. The severed head fits very well with the added plastic rope attached to it. There isn’t much range of motion in the head articulation, which hinders such a great figure.

The sculpt is incredible. I do have an issue with the neck, as it seems almost nonexistent due to his collar. But the detail and paint applications are excellent. That face sculpt shows exactly why McFarlane is the right company to have received this license. The Witcher is one of the best video game adaptation figures we have ever received in the mass market, flaws aside. Make sure to pick this one up and his gold counterpart while you can!