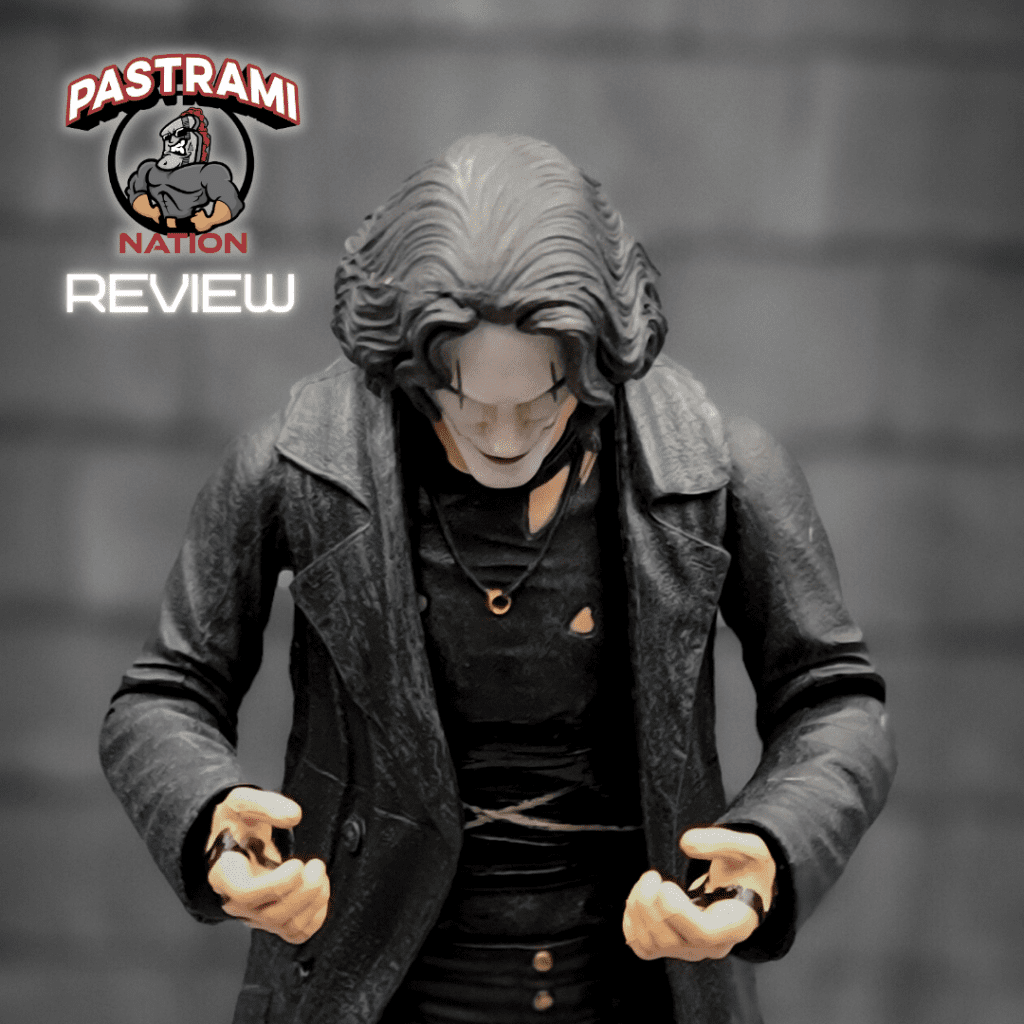 He is easily one of the most iconic comic book creations to make the leap from the comic book panels to the silver screen: James O’ Barr’s The Crow. The white face paint, the black makeup. The black duster jacket and a killer story of revenge and the afterlife. I love the idea of the Crow and have always wanted a nice, articulated action figure to display. Diamond Select Toys has released a 7-inch deluxe figure, but does it do the legend justice?

Packaged in the new, smaller window box packaging Diamond has started using, the figure looks impressive before you even open it. The Crow comes with a somewhat maniacal face sculpt, wearing his black duster jacket and all-black clothes. Included is an extra hand with a hole in it, two crows, a guitar, and Eric Draven’s tombstone, so he can finally rest in peace. All in all, it looks like a terrific Figure, but some issues came after opening the figure up.

The figure boasts the standard articulation seen with most Diamond Select figures, which isn’t bad but also gives limited motion. The joints on the legs and ankle were really loose, to the point where the figure couldn’t stand tall for long without the ankle joint dropping down. When you move the leg up and down, it also wears on the figure, leaving marks when you moved it. It’s extremely frustrating as you want to try out different poses without thinking you are damaging the figure in the process. The accessories are great and easy to use, and the guitar fits perfectly around his shoulder and in his hands.

I was a little disappointed in the figure in the end due to the flaws mentioned. However, the sculpt is exceptionally well done, and the accessories go extremely well. This figure isn’t perfect, but it is a great addition to any Crow collection!

Rating: 3.5 Pastrami Nations out of Five