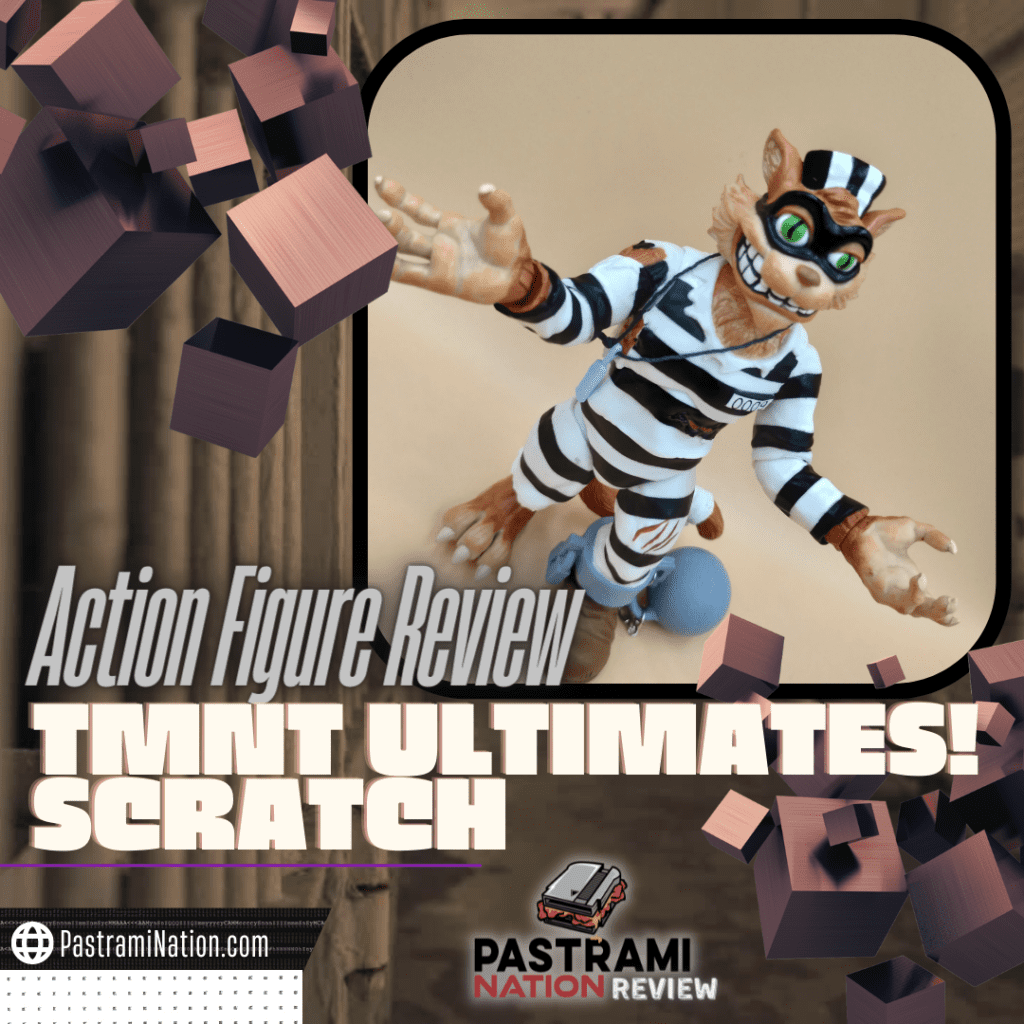 It was September in the early ’90s, and I was at Target with my Mom and brother one night; as we went past the toy aisle, there was a fully stocked Ninja Turtle section. I remember seeing a new figure on the top peg hook. It was some jailbird mutant cat named Scratch, and I thought it was pretty cool, but I didn’t buy it. I never really saw that figure again but didn’t think anything of it. Then like, five years later, I started reading action figure price guides, and low and behold, that jailbird cat, along with the fireman dalmatian character that was also there that night, is one of the more sought-after figures due to the rareness of it and had a value of a couple of hundred bucks. Well fast forward about eight years later when I’m working with no bills and decide to try to collect some things from the past, only to have my hopes of owning Scratch shot down when I discover that he now goes for about a thousand dollars. I wasn’t meant to have Scratch in my collection. Until now…

Fast forward to nowadays, and this incredibly excellent company named Super7 has already broken into the Teenage Mutant Ninja Turtle scene with their TMNT Ultimates! figures. The line is based on the Playmates action figures we had as kids but with killer updates, and Scratch in my collection was about to become a reality. Since Super7 started releasing figures like Samurai Leonardo and Ray Fillet, figures we had as boys, I always hoped they would do an updated Scratch. And they did! Since the Scratch figure was first revealed in the Ultimates line, I’ve been on cloud nine. Well, that cloud just landed at my front door in the form of a box.

TMNT Ultimates Scratch comes in the awesome slipcase style box we’ve come to expect with the Ultimates figures. With lots of cool accessories, from his gun hidden in a slice of cake to his Jailbird pigeon sidekick, Scratch does not disappoint. From the fantastic articulation Super7 is known for to the many interchangeable hands and alternate head; this cool cat has to be a prisoner to my toy shelf. A definite must-own for any TMNT fan for sure. Thank you, Super7, for finally allowing me to have Scratch in my collection.