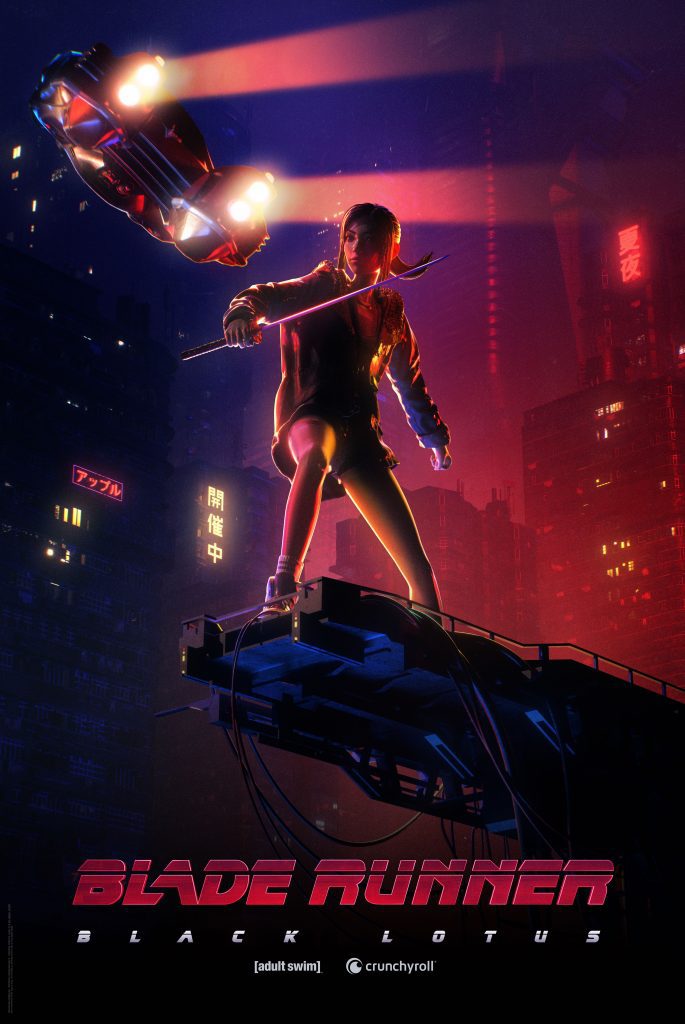 The panel featured Shinji Aramaki (co-director), Kenji Kamiyama (co-director), Joseph Chou (executive producer), and futurist Maurice Conti, who shared his take on how the Blade Runner world stacks up against our own future.

The series is produced by Alcon Television Group and animation studio Sola Digital Arts, with Shinichiro Watanabe serving as a creative producer. Adult Swim will air the English language version on Toonami, the network’s popular anime programming block and Crunchyroll will stream the series in Japanese with subtitles to its global audience of more than 120 million registered users and more than 5 million subscribers.

About Adult Swim
Adult Swim (AdultSwim.com), launched in 2001, is WarnerMedia’s #1 brand for young adults offering original and acquired animated and live-action series.  Airing nightly from 8 p.m. to 6 a.m. (ET/PT) on its linear channel, and also available through HBO Max, Adult Swim is basic cable’s #1 network with persons 18-34 and 18-49, and is seen in 94 million U.S. homes, reaching over 40 million viewers via HBO Max.

A KING’S VENGEANCE Is A Steampunk Revenge Story

We have officially kicked off our toy drive for ou

Join us this Tuesday for our Thankful episode of t

20 Reasons Why You Should Lock Your Windows At Nig