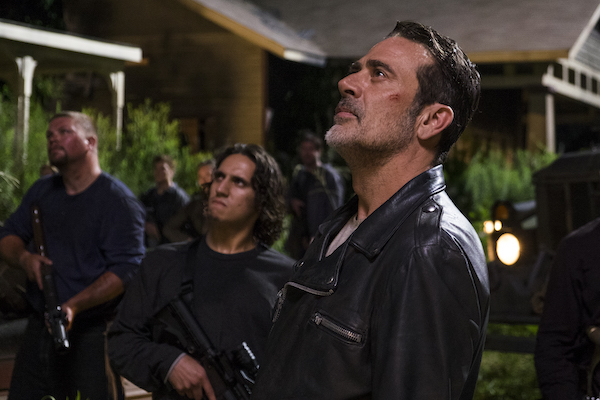 “This is an enormously important day for the entire ‘The Walking Dead’ television universe. We are proud to acknowledge Angela’s significant contribution to the series and to set a clear path forward for a ninth season under her direction.  Further, with gratitude and admiration, we also recognize Scott’s broad impact on, and leadership of, the content that fuels our TWD universe. Together, we will dream bigger and more broadly than ever before,” said Charlie Collier, president of AMC, SundanceTV and AMC Studios.  “I know I speak for Angela, Scott and everyone at AMC when I say thanks most of all to the fans and the many talented people who have helped AMC play ‘Dead.’”

“‘The Walking Dead’ is a special show which started in an entirely different era of TV, and continues, in this new era, to confidently take chances to tell compelling stories that excite audiences and make them deeply connect with its characters, adapting Robert Kirkman’s brilliant comic book,” Gimple said. “As the show closes in on its tenth year, I’m honored to keep working with the talented, dedicated people behind and in front of the camera to make it all it can be, while expanding the world of ‘The Walking Dead’ with new narratives like ‘Fear the Walking Dead’ and a whole host of truly cool stories ahead. Angela is a big part of the heart and soul of ‘The Walking Dead,’ and I’m thrilled to help facilitate her vision of the show’s next era.”

“I am beyond thrilled to be stepping into this new role with ‘The Walking Dead.’ Working on this series and having the opportunity to adapt Robert Kirkman’s amazing comic has been a fangirl dream come true for me,” said Kang. “I’m excited to continue working with Scott and the wonderfully supportive folks at AMC, and can’t wait to share the next chapter of the story with our fans next fall.”

Produced by AMC Studios, “The Walking Dead” remains the #1 show on television among adults 18-49.  “Fear the Walking Dead” is the #1 cable premiere of all-time and is currently in production on its fourth season, to premiere early this year with a new creative team, several new cast members and – for the first time – Lennie James (Morgan Jones) as a crossover character between the two series. “The Walking Dead” content is featured on AMC’s AMC Premiere commercial-free upgrade option and a recently launched virtual reality app, to name just a few. In partnership with Next Games, AMC has launched a successful mobile game “The Walking Dead: No Man’s Land” and a new location-based augmented reality game, “The Walking Dead: Our World” set to launch globally early this year.