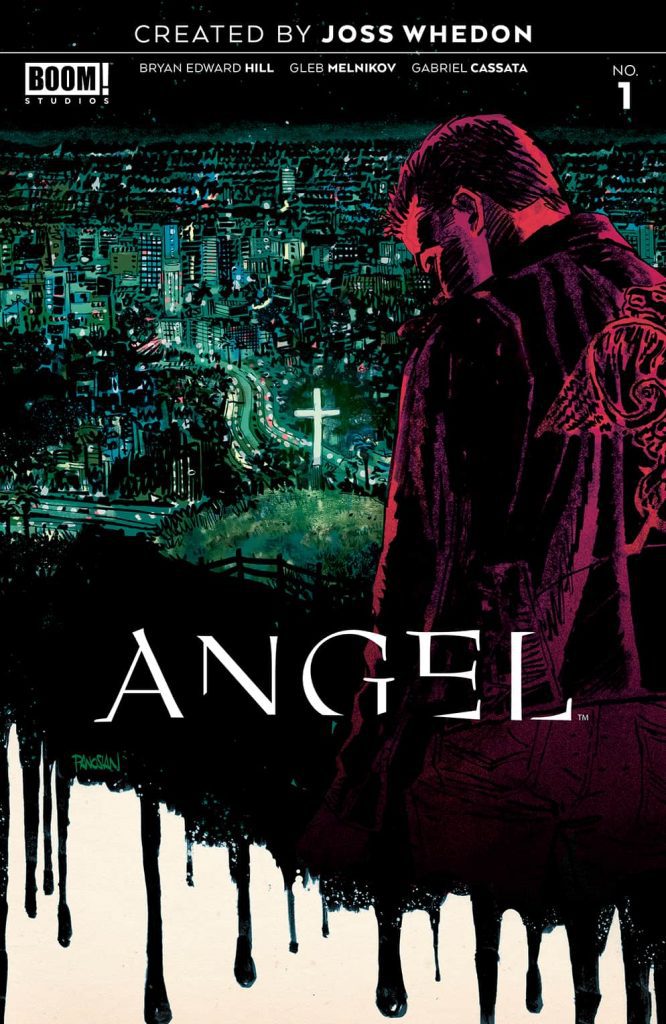 Angel, the vampire, non-vampire, with a soul, is living to see another day in the new Twenty-First Century, with his return thanks to BOOM! Studios, a publishing house owned by 20th Century FOX. Angel, a character created originally by Joss Whedon, who also created the highly well known Buffy the Vampire Slayer, is being reimagined by writer Bryan Edward Hill and illustrator Gleb Melnikov in a new series that started with issue #0 Prologue, released April 17, 2019.

On May 29, 2019, issue #1 of Angel was released just prior to the 5th issue release of reimaged Buffy the Vampire Slayer comic.

If you are not aware of the lure and the reason behind these two series of comics, let’s give you a quick throwback refresher to how Angel came to be significant in pop culture. For one, before there were any “Twilight” vampires in Forks, we had demons, ghouls, witches, werewolves, and vampires roaming Sunnydale, CA that all came to be because of Joss Whedon. Whedon, screenwriter & director, created the character Buffy and wrote the movie script for the 1992 Buffy the Vampire Slayer. However, after the movie had little early success and went a direction Whedon did not intend it to go, he reconceived the character in a darker version for a TV show version, and it was a smashing success. The show introduces us to a brooding, dark featured, young man (not Edward) named Angel. Angel and Buffy become intertwined over the course of the Buffy TV series and then, leads to an Angel spin-off show, that ran for five seasons. When both shows met their TV series finales, Buffy in 2003 and Angel in 2004, Whedon kept the characters “alive” in the panels, with their own individual canonical comic series. Dark Horse Comics took on the publishing of Angel until December of 2017 and in 2019, BOOM! Studios picked up licensing from Dark Horse.

With issue #0, we learn how Angel comes to the decision to move from Los Angeles to small-town Sunnydale. Issue #1, provides a flashback event into the old world, where we see Angel recruiting a powerful, female fighter where he offers her eternity. The comic takes a jump into the modern day, technologically advanced, social media panels introducing us to a series of self indulge adolescence, including smartsnark872, also known as Julia. Julia, we find out is the daughter of Angel’s longtime friend, Francis.

A new modern day demon is preying on the youth in Sunnydale. Without spoiling anything, hopefully, Angel can intercept before anything tremendously horrible happens to someone close to him or others.

Overall thoughts… I may be slightly biased; however, I really enjoyed the set up for both the prologue and issue #1. I appreciated the previous comic series and can appreciate where they are going with this Angel/Buffy universe. Angel is the only character that I am familiar with; within these first two issues. The artwork was very appropriate and depicted Angel just how he has been sealed in my mind from before. Of course, since vampires run the night, it sticks with a very dark nighttime setting on most of the pages. Shadows are key to creating the creature lurking feeling. I am pleasantly anxious to get the next issue and see how the last panels from issue #1 conclude.