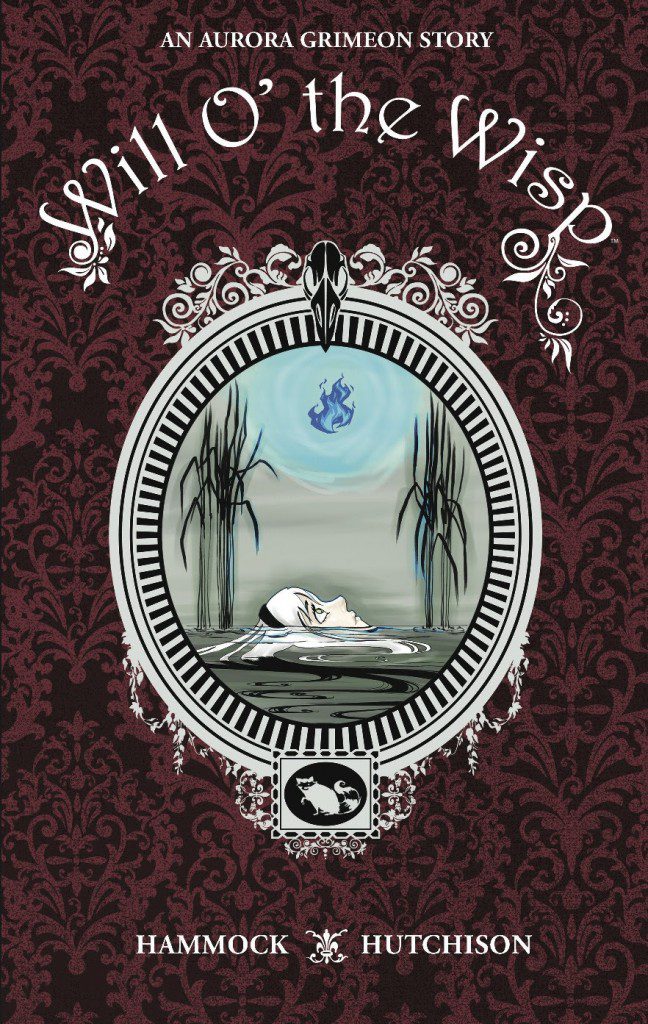 Archaia Casts A Spell with An Aurora Grimeon Story: Will O’ The Wisp

(Los Angeles)– Award-winning publisher Archaia Entertainment, an imprint of BOOM! Studios, is thrilled to announce AN AURORA GRIMEON STORY: WILL O’ THE WISP, an original graphic novel debuting in January. From the creative team of writer Tom Hammock and artist Megan Hutchison (who both work as film production designers) comes an eerie mystery filled with danger, Hoodoo, and murder, and featuring a beautiful package design that includes a diary-like clasp.

“We’re very happy to debut Archaia’s 2014 line of original graphic novels with WILL O’ THE WISP,’ said BOOM! Studios Editor-in-Chief Matt Gagnon. “Tom and Megan have created an engaging, supernatural tale complete with a smart protagonist, a spooky setting, and even a pet raccoon named Missy! Combined with Archaia’s high production values, we’re very proud to start the new year with such a beautiful title.”

After her parents’ accidental death by mushroom poisoning, young Aurora Grimeon is sent to live with her estranged grandfather on Ossuary Isle, a fog-covered island of graves set deep in the southern swamps. There she will meet the sinister residents who care for the tombstones and mausoleums, living out their lives by the strange rules of Hoodoo magic. When ghostly things start happening out in the swamp and island residents start disappearing, Aurora thrusts herself into the middle of the mystery, uncovering secrets that might be better left buried!

AN AURORA GRIMEON STORY: WILL O’ THE WISP arrives in comic shops on January 22nd with a cover price of $24.95 under Diamond order code SEP130877. Not sure where to find your nearest comic retailer? Use comicshoplocator.com or findacomicshop.com to find one! It’s also available for order directly from boom-studios.com.

About Archaia Entertainment
Archaia (archaia.com) is a multi-award-winning graphic novel publisher with more than 75 renowned publishing brands, including such domestic and international hits as MOUSE GUARD, RUST, COW BOY, CURSED PIRATE GIRL, GUNNERKRIGG COURT, and ARTESIA. Archaia has also published an entire line of graphic novels in partnership with The Jim Henson Company, including the multiple award-winning JIM HENSON’S TALE OF SAND and such beloved tales as THE DARK CRYSTAL, THE STORYTELLER, and FRAGGLE ROCK. In addition to its partnership with Henson, Archaia has forged creative partnerships with storytellers in all facets of the entertainment industry, resulting in print and digital expansions of such noted properties as BLEEDOUT and HAWKEN (video games), IMMORTALS and PLANET OF THE APES (film), and SPACE: 1999 (television). Alongside these celebrated titles, Archaia has released English translations of numerous renowned foreign titles to much fanfare, including THE KILLER, Sergio Toppi’s SHARAZ-DE: TALES FROM THE ARABIAN NIGHTS, and THE SECRET HISTORY. In June 2013, Archaia was acquired by BOOM! Studios (boom-studios.com). Founded by Ross Richie in 2005, Diamond Gem Award-winning “Best Publisher” BOOM! Studios generates a constellation of best-selling Eisner and Harvey Award-winning original and licensed comic books and graphic novels with the industry’s top talent.