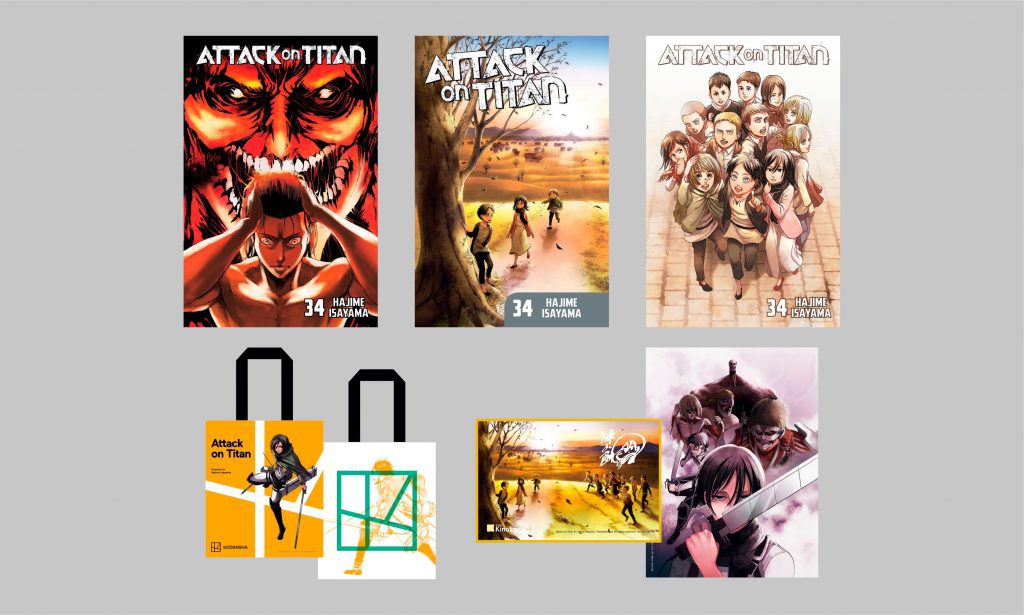 Fans of the international smash hit, Attack on Titan, rejoice! The grand finale of the Attack on Titan saga arrives October 19th, 2021, but it doesn’t arrive alone. Kodansha has teamed up with retailers Kinokuniya USA, Barnes & Noble and Books-A-Million, to give fans amazing variant covers and exclusives found nowhere else! Starting 10/19/21 and until supplies last, visit one of these three participating retailers to get the following:

And remember, fans can always get the standard edition of Attack on Titan, volume 34 at all participating book sellers or pre-order digitally at your favorite digital retailer, to read the final volume the day it is released, October 19, 2021!

Attack on Titan is the award-winning and New York Times-bestselling series created by Hajime Isayama. First published in Bessatsu Shōnen Magazine in 2009, this series was a sleeper hit until it won the Kodansha Manga Award in 2011 for the shōnen category. Since then the manga has spawned the monster hit anime TV series of the same name making Attack on Titan a pop culture sensation. The anime is currently in its final season and can be streamed via Crunchyroll, Funimation. New episodes of the final season arrive in January 2022.

For more information on this and other Kodansha titles please visit: kodansha.us.