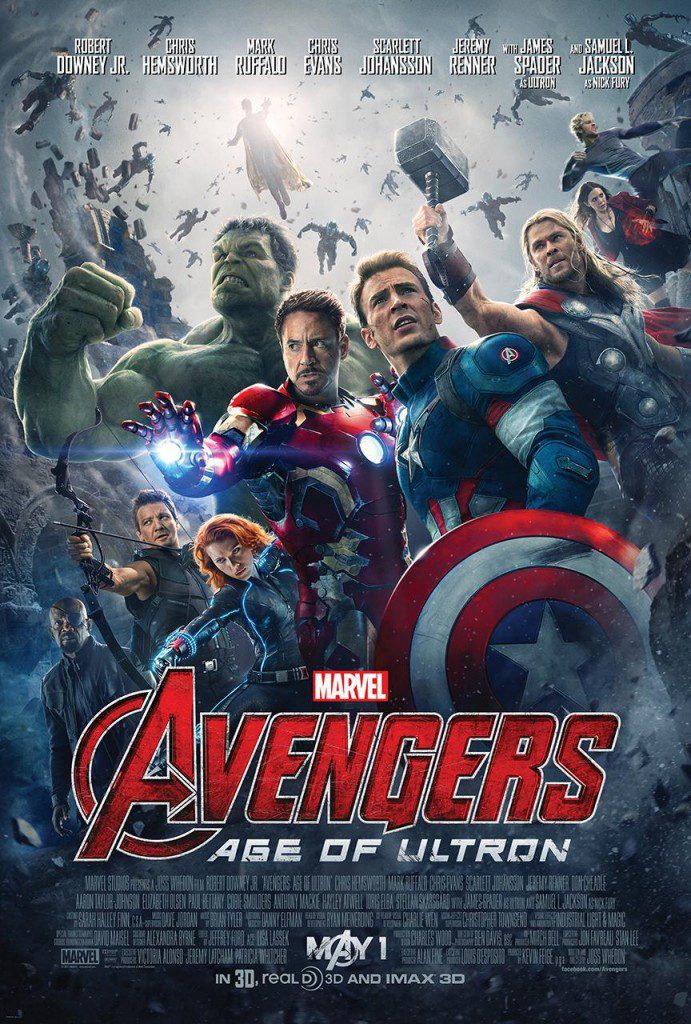 Avengers: Age of Ultron Review: A Vision of the Future

(Victor Valley)—In 2012, the world was given the cinematic juggernaut known as the Avengers. A film featuring Marvel Comics elite mega team is something comic book fans have wished would happen for years, and it didn’t disappoint. The sequel is now here, the Age of Ultron is upon us. But how do you top what was arguably one of the best comic book based films ever made?

Age of Ultron is actually tied into ABC’s television series, Agents of S.H.I.E.L.D., which is evident with the way this film starts. We see Iron Man (Robert Downey Jr.), Captain America (Chris Evans), Thor (Chris Hemsworth) and the rest of the Avengers raiding a HYDRA facility, searching for Loki’s staff from the first film. This is actually the moment where Agents of S.H.I.E.L.D. left off this past week. This HYDRA base holds the start of what begins the Age of Ultron.

Ultron (James Spader) is an artificial intelligence created by Tony Stark, and was supposed to help humanity. But as we know, artificial intelligence never goes right, something happens that makes Ultron see that the best way to save this world is to end humanity. With the newest super-powered beings at his side, twins Scarlet Witch (Elizabeth Olsen) and Quicksilver (Aaron Taylor-Johnson), it would take a team like the Avengers to even stand a chance.

What this film does better than is predecessor is the characterization. We see what makes these heroes tick, what’s their fears, and how they are more than just these heroic symbols. The spotlight gets shined on one of the non super powered Avengers, Hawkeye (Jeremy Renner), and it’s a much needed and deserved spotlight. We see more of the Hawkeye we see in comics; wise cracks abound, but with a sense of mystery to him.

The action scenes are nothing short of spectacular, as we see our heroes battle a seemingly endless army of Ultron soldiers. Plus, I can’t write a review without talking about the Hulkbuster Iron Man/ Hulk battle. The two heavy hitters duke it out in a manner we were all hoping for. The newcomers, Scarlet Witch and Quicksilver, shine as well, but nobody shines brighter in this film than the android Avenger, The Vision (Paul Bettany).

We get a plot that goes with what we would expect from a superhero film; band together and save the world, but the sub plots and characterization make the film that much better. Plus, the nods to the Marvel Universe (Klaw, Wakanda) makes every fan smile a little more. Avengers: Age of Ultron delivers on all fronts, and sets up the Marvel Cinematic Universe for a future of wars- Civil and Infinity. Go see it, but I’m sure that’s already on your to-do list.  I give Avengers: Age of Ultron a FOUR and a HALF out of FIVE. It’s never been a better time to assemble and avenge.

1 thought on “Avengers: Age of Ultron Review: A Vision of the Future”