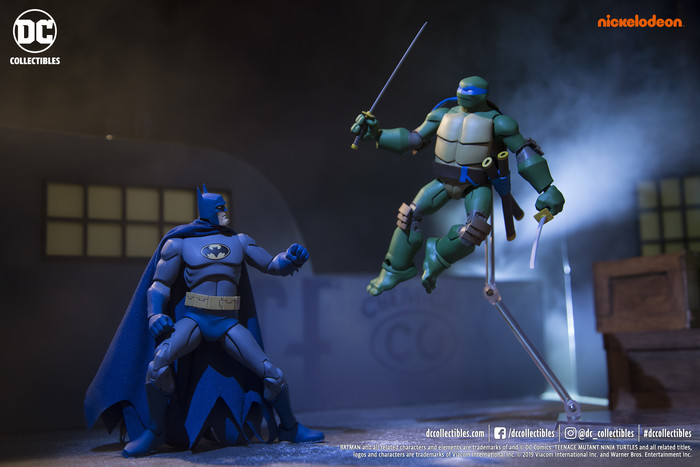 Yes, you read that right. Last week, DC Collectibles announced an exciting new line of figures in partnership with Nickelodeon and GameStop that pays homage to the recent animated movie, Batman vs. Teenage Mutant Ninja Turtles. But it gets better, Turtles fans. We also revealed that DC Collectibles’ San Diego Comic-Con exclusive would be a Michelangelo in Batman Outfit action figure.

Bat-Mikey can only be found at Comic-Con, but as for the rest of the line, look for them at GameStop. They’ll be exclusively carrying five two-pack sets with characters from the movie including Batman & Leonardo, Robin & Raphael, Batgirl & Donatello, Alfred & Michelangelo and Ra’s Al Ghul & Shredder.

Check out the photo gallery and descriptions below: 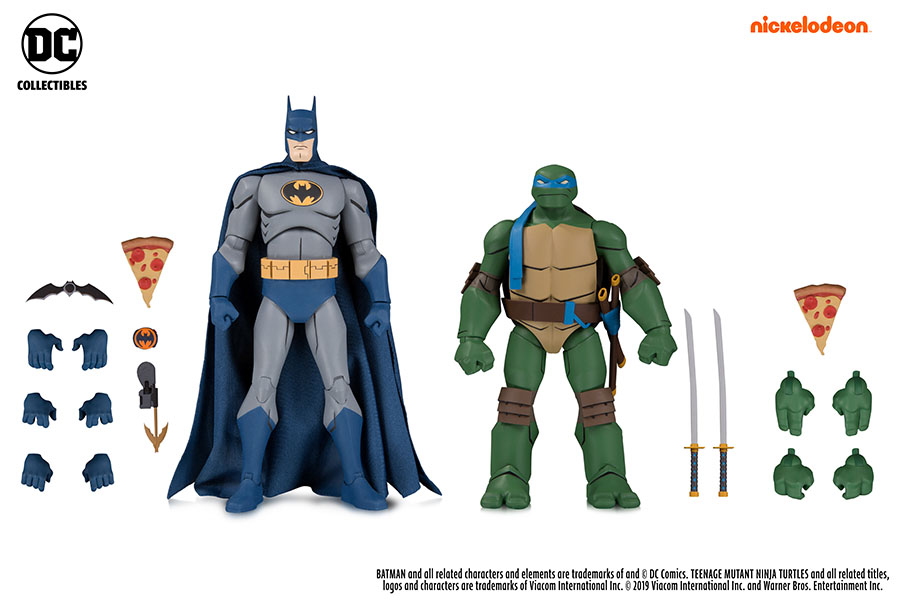 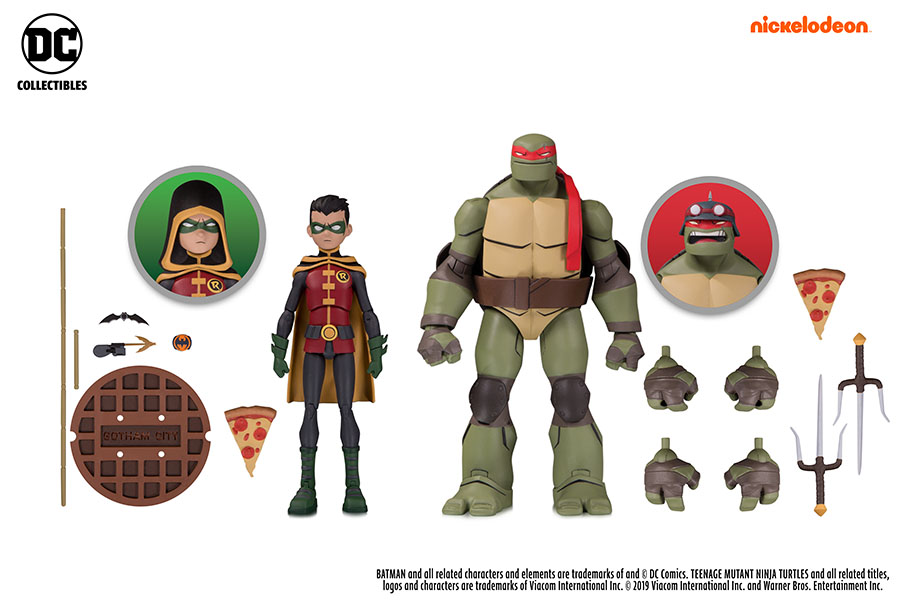 Robin & Raphael 2-Pack: This action figure 2-pack proves that these characters are more than just sidekicks! Robin and Raphael make a powerful pairing with a plethora of accessories including extra sets of hands, pizza slices, two sais, a Batarang, a grapnel gun, a Gotham sewer lid and a Bat Bomb. Available September, 2019. 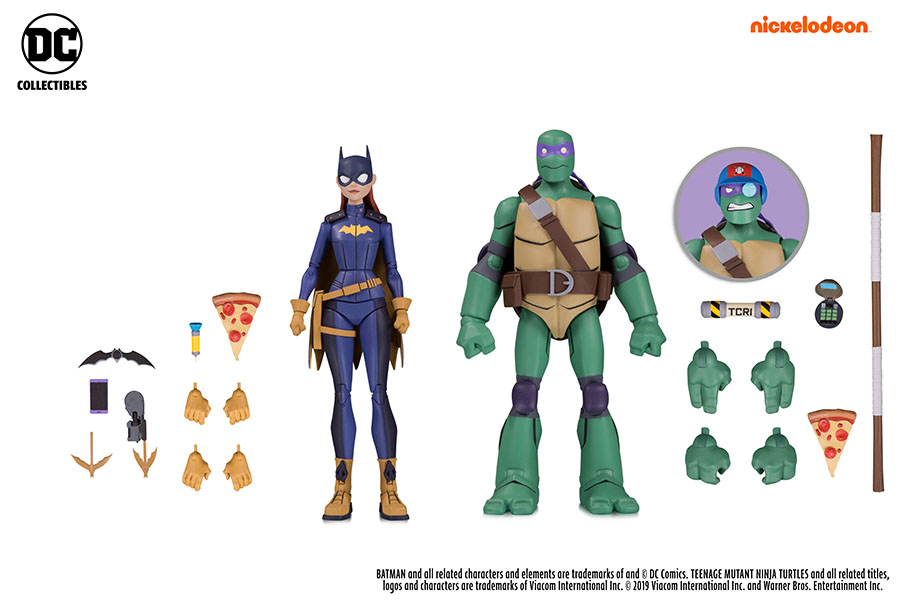 Batgirl & Donatello 2-Pack: Smart and strong! Batgirl and Donatello make the perfect pair in this action figure 2-pack. Accessories for these figures include extra sets of hands, a bo staff, pizza slices, a cell phone, a T-phone, a Batarang, a grapnel gun, retromutagen ooze darts and a glow-in-the-dark mutagen can. Donatello also comes with an additional head. Available October, 2019. 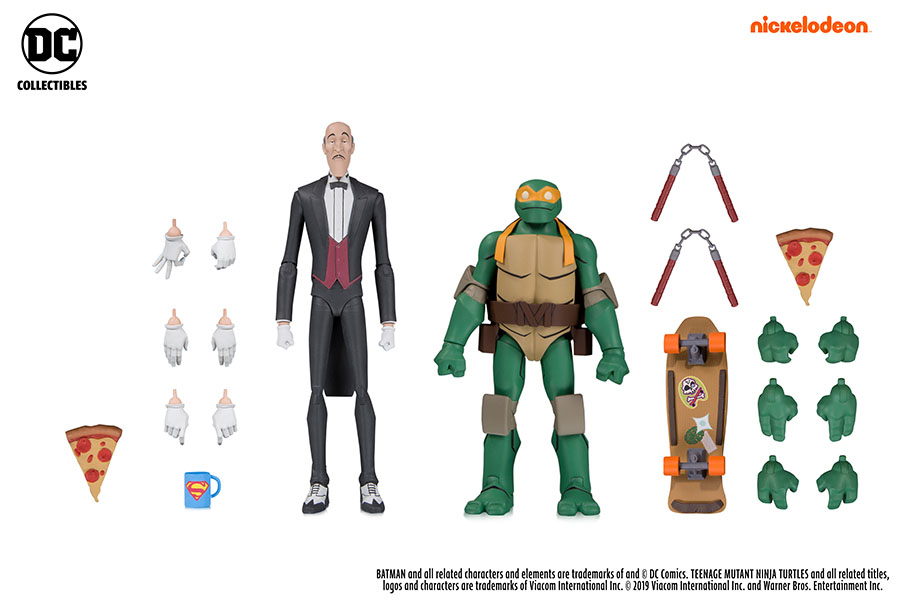 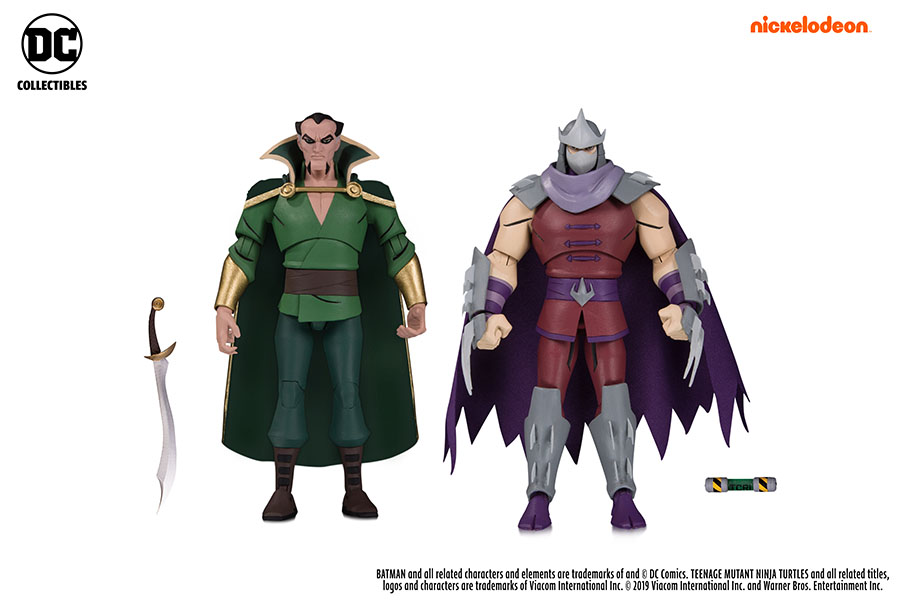 Ra’s al Ghul & Shredder 2-Pack: It’s an epic villain crossover in this action figure 2-pack featuring Ra’s al Ghul and Shredder. Whatever happens, stay on their good sides. These two are not known for their patience or forgiveness. Accessories include extra hands, a mutagen can, ninja stars and a sword. Available December, 2019.

Check out the whole story HERE.