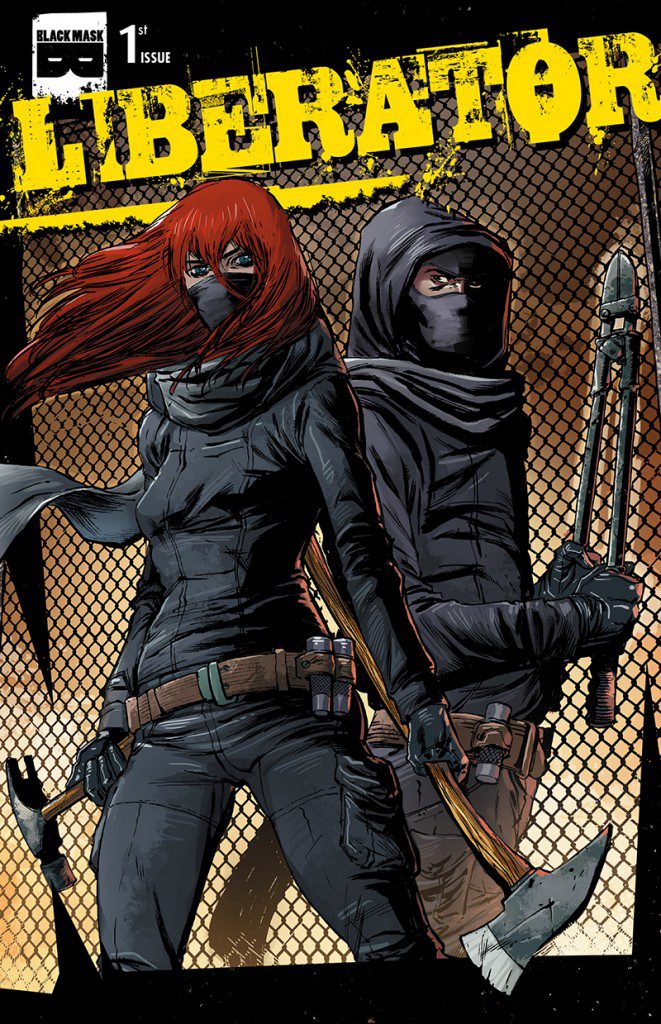 Black Mask Studios Debuts This May

Get ready for a creative revolution.

Black Mask Studios is making a huge debut this May with Occupy Comics, the successful Kickstarter project from 2011. Check out the official listing from their website below, and check out their website at www.blackmaskstudios.com.

*All revenue received by creators (past hard costs) will be donated to various Occupy-related initiatives.*

Synopsis: This horror-crime hybrid is the latest comic book from the legendary Wu-Tang Clan’s RZA and Ghostface Killah.

A brutal tale of gangsters, betrayal, and one vengeful soul hunting the 12 most powerful crimelords in the world.

*12 Reasons To Die is a multi-platform, transmedia concept project with a storyline that spans from the comic book to the new Ghostface Killah album released simultaneously by RZA’s Soul Temple Records.*

Synopsis: Welcome to Repo City State, where everyone’s an asshole… even the air conditioners.

Ballistic marks Darick Robertson’s return to the hard sci-fi worldbuilding of his classic Transmetropolitan but mixed with The Boys’ ultra-violence and the lunacy of Happy. Mortimer’s mix of speculative science, pulpy noire, and drug-addled adventure cooks up a strange brew of Lethal Weapon by way of Cronenberg meets Dr. Who if written by Odd Future.

“Unlike any comic book project to date, Miner delivers a message about the world of animal abuse from the point-of-view of someone with expert knowledge on the matter, while blending it with a gritty protagonist in the vein of Batman or The Punisher.” – ComicBooked

*30% of Liberator profits will go to animal rescue initiatives.*