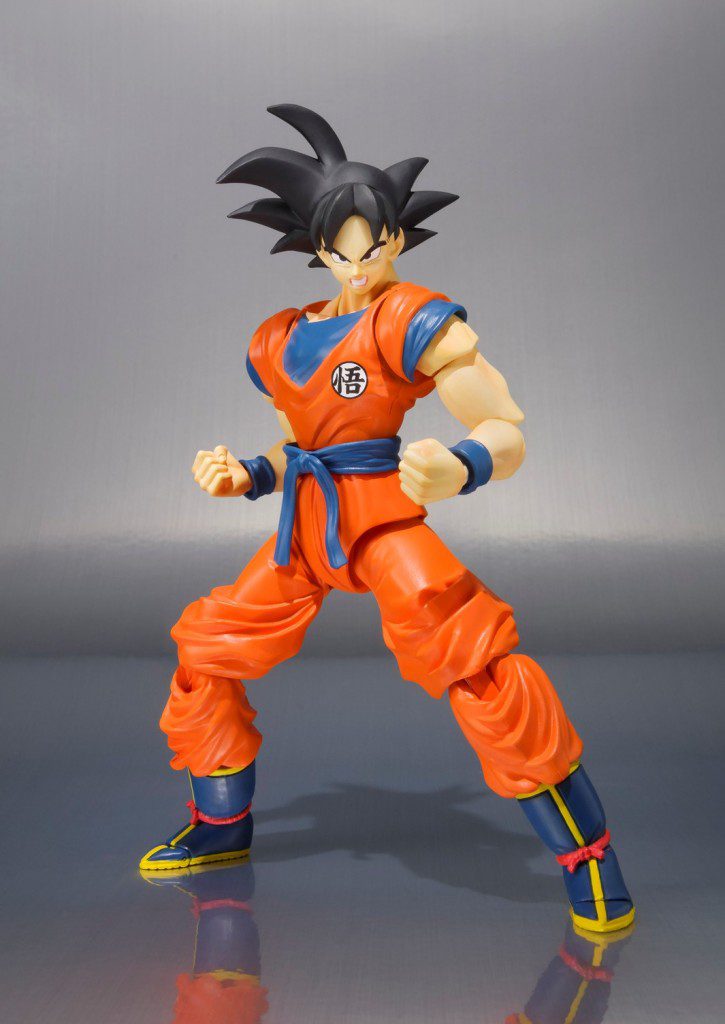 Bluefin, the distributor that has brought us some of the best toys and collectibles from Japan, Hong Kong and more (like Dragon Ball!), announced their Comic Con International plans, better known as the San Diego Comic Con 2015, and they do not disappoint! Exclusives range from Dragon Ball, Gundam, Batman, Iron Man, Star Wars and more!

San Diego Comic-Con is, of course, North America’s largest dedicated pop-culture convention and takes over sunny San Diego next week,  July 8th-12th at the San Diego Convention Center. Each year, manufacturers create some of the most sought after exclusives available only at the convention, and Bluefin is making them available for attendees like you and me! More details are available at: http://www.comic-con.org/cci.

Attendees that purchase select items at Bluefin’s booths will also be treated to free giveaways. Fans will receive a free Super Mario Bros. 1Up mushroom character when they purchase a Tamashii Nations product from Booth #3545 while supplies last. Also, those who purchase the Beast Kingdom Floating Iron Man Mark III exclusive from Booth #140, will receive a free support stand while supplies last as an alternative display option.

Ready for the exclusives? CHECK THEM OUT!!!

Previously only available at GunPla Expo events in Asia, this limited release of the Zeta Plus has been colored to match the test color red-orange white pattern found on the machines used by Karaba in the photo novel, Gundam Sentinel. Includes rifle, shield, hip cannons and 2 beam sabers. Mobile suit also can transform into wave rider form through part swapping.

A special GunPla Expo limited event item now available in the West: the Real Grade Exia with a sharp metallic finish!  Its parts have been specially chromed to give off a high shine. The Real Grade series combines the intricate part complexity of the higher end MG and PG lines with the size and affordability of the HG and SD lines into a new product that draws inspiration from real world machines. This version of the Exia was supervised by creator Kanetake Ebikawa and features custom markings. All of Exia’s equipment is included, with melee weapons having chromed blades and GN condensers feature transparent plastic. New Advanced MS Joint allow impressive movement to replicate combat scenes in the Gundam 00 anime series.

An enhanced version of the Burning Gundam in the second half of the Gundam Build Fighters Try TV anime series. Features impressive articulation for recreation of martial arts poses. Includes fiery punch, kick, back, and numerous flame effect parts as well as 4 different types of hands showcasing martial arts gestures. This special GunPla expo variant previously only available in Asia renders the model in translucent plastic with sparkles to replicate the flow of Plavisky particles that flow through the plastic in the TV show. MSRP: $22.00

Complete your Dragon Ball collection with a special variant of Goku as he lands on the Planet Namek!  The S.H. Figuarts Goku Frieza Saga version features his iconic outfit with the “Go” GI symbols and original tied belt, as well as a new facial expression not found in the original! This SDCC exclusive will be available in limited quantities. Figure includes 5 interchangeable faces, multiple hands for different poses, and charging Kamehameha effect part. MSRP: $45.00

This 6-inch limited edition Beast Kingdom rendition of the iconic villain is constructed with compound materials and painted with expert techniques that perfectly capture the texture of Darth Vader’s armor and clothing. Also features a light-up LED lightsaber and life-supporting device on the chest. MSRP: $139.99

The Super Alloy 1/12 Scale Shotgun is a fully articulated figurine made of 75% die-cast metal with interchangeable accessories, and LED light features in the eyes and chest.  A Hyper Velocity Traveling Suit, the Mark 40 is currently the fastest suit of the Iron Legion, and can reach speeds in excess of Mach 5.  Shotgun will be available in limited quantities for purchase at SDCC 2015, one month ahead of its worldwide release in August 2015.  MSRP: $160.00

For the fans of this dark hero attending the 2015 San Diego Comic Con, Hero Cross has prepared a special classic comic color scheme for the figure, with an additional weathered effect. The body and limbs of the figure are made of die cast parts that enrich the texture as well as provide required strength and stiffness. Meanwhile, it is fully poseable thanks to 20-plus points of articulation and the wired fabric cape. The accessories include a light up Bat-Signal and Batarang that serve as nice enhancements to the figure. MSRP: $80.00

Don’t miss this extremely limited edition Synthetic Human figure with samurai sword and sheath accessories. Straight from the pages of the Biomega manga series by Tsutomu Nihei (the creator behind distinguished manga titles Blame! and Knights of Sidonia), this figure is exceptionally detailed and known for its unmatched articulation which allows you to get the figure into virtually any pose. MSRP: $185.00

The TLS booth will feature a full array of their ever popular Action Vinyl Exclusives from top licenses. From the Black-and-White Battle Damaged 3” Ninja Turtles to the Special Edition Crystal Pink Ranger to the fan-favorite Construction set, all figures come equipped with multiple points of articulation and fun accessories — as you may already know, the Power Rangers helmets are completely removable! A different exclusive for each day! Find these exciting exclusives and more directly at the TLS Booth #5050. MSRP: Various

Based in Irvine, CA, Bluefin built its reputation as a leading distributor of Japanese toys, collectibles, novelty and hobby products. In recent years, Bluefin has grown to include a range of high quality collectible lines from the United States, Hong Kong, Taiwan and Singapore and established itself as the official North American consumer products and retail development partner for Studio Ghibli. Selling to thousands of specialty, chain and independent stores, Bluefin is an official North American distributor for Bandai Hobby, Kotobukiya and Capcom, is the sole provider of Bandai Tamashii Nations products, and is also the exclusive and official distributor for Beast Kingdom, Comicave, Mr. Hobby, Groove’s Pullip dolls, SEN-TI-NEL and X-Plus. Bluefin also represents TruForce and The Loyal Subjects products worldwide. Additional information is available at:www.bluefincorp.com.