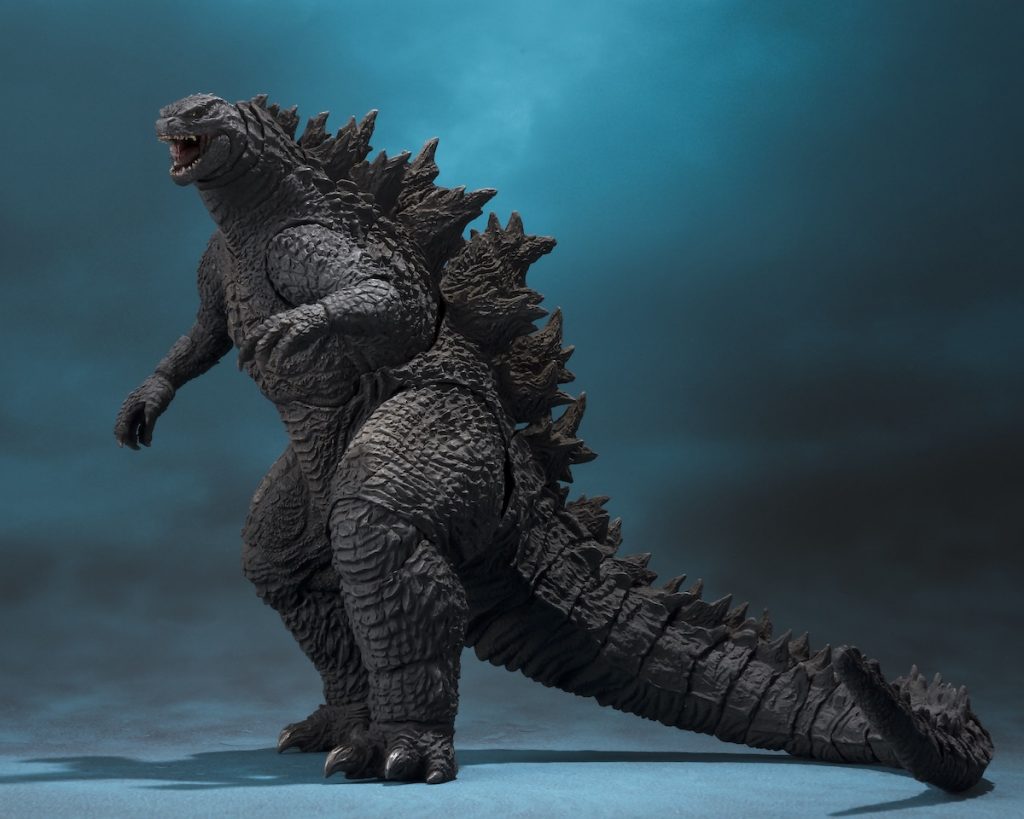 (Victor Valley)– Bluefin, a Bandai Namco group company and the leading North American distributor of toys, collectibles, and hobby merchandise from Japan and Asia, has detailed its exhibit showcase for Toy Fair 2019. 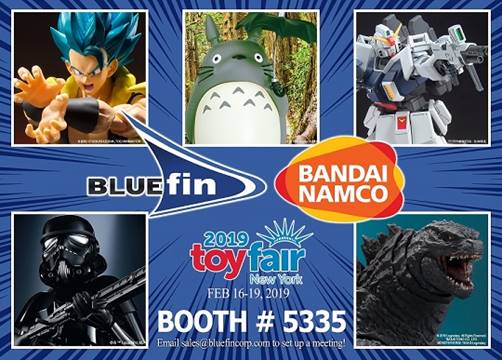 Godzilla returns in a new release depicting the iconic King of Monsters as he is seen in the new live-action film hitting theatres this year. Based on the same 3D information used in the film, and overseen by the legendary sculptor, Yuji Sakai, Godzilla features accurate proportions, details, and coloration and the overall quality and detail collectors have come to expect from the S.H.MonsterArts product line. The set also includes the fire-breath effects and stand for the accessory.

A new compact line of iconic vehicles and mecha from the venerable Mobile Suit Gundam anime. Product line includes a combination of diminutive and highly detailed iconic Mobile Suits featuring movable pilot figures. Figures can be placed in the cockpits of select releases.

The Astro Megaship served as the base and primary Megazord for the Space Rangers depicted in Power Rangers in Space. It would later become the Galaxy Rangers’ base of operations. The completed kit can easily transform from the Megaship/Megashuttle form into robot form. The Astro Megazord also may be combined with the Delta Megzaord to form the mighty Astro Delta Megazord.

Storm Collectibles expands its line of legendary video game characters with Baraka from Mortal Kombat. Baraka led the attack against Liu Kang’s Shaolin Temple and he belongs to a nomadic race of mutants living in the waste-lands of the Outworld. Baraka’s fighting skills gained the attention of Shao Kahn who recruited him into his army. As a “kontestant” in the Mortal Kombat tournament, he will ensure his emperor’s claim to Earthrealm. Superior articulation allows one to recreate all of Baraka’s signature fighting moves. Accessories include: Interchangeable Head Sculpts, Interchangeable Blades, Interchangeable Hands and Blade Spark Effect Injury Effects.

Bluefin is a leading master and channel distributor of Japanese toys, collectibles, novelty and hobby products. The company’s extensive product line features a diverse and continually expanding catalog of high quality and popular collectibles from Asia. As a Bandai Namco group company, Bluefin distributes products in the U.S. for Bandai Tamashii Nations, Hobby and Shokugan. The company’s array of brand offerings also includes products from Storm Collectibles, Mr. Hobby/GSI, SEN-TI-NEL and Flame Toys, for which the company is the North American exclusive distributor. Bluefin is also the official North American consumer products and retail development partner for Studio Ghibli. Additional company information is available at: https://bluefinbrands.com/