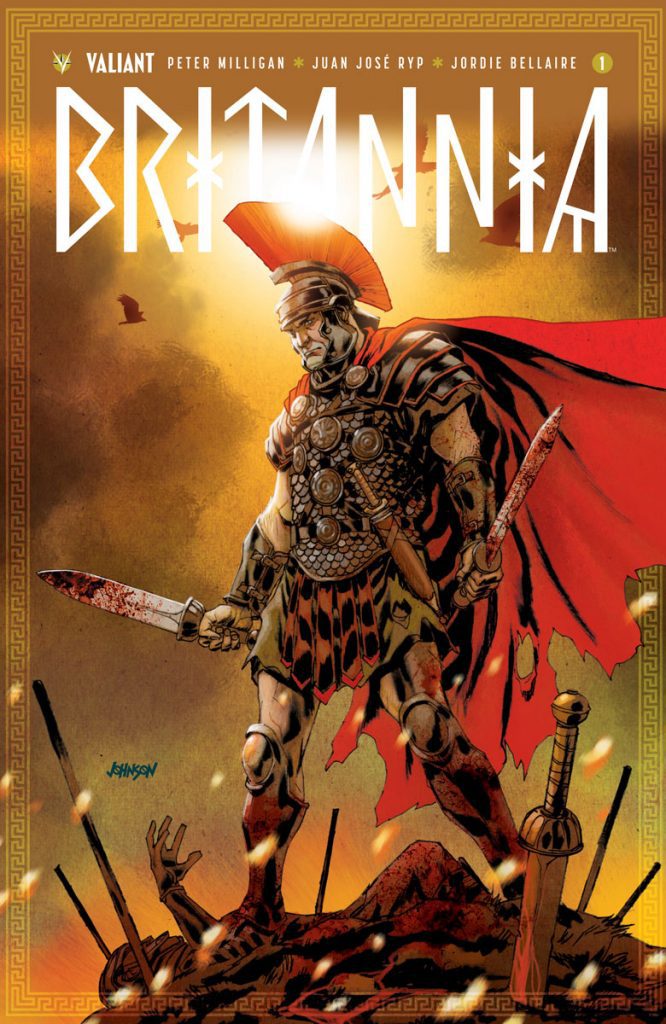 Britannia #1 Review: For the Glory of Rome 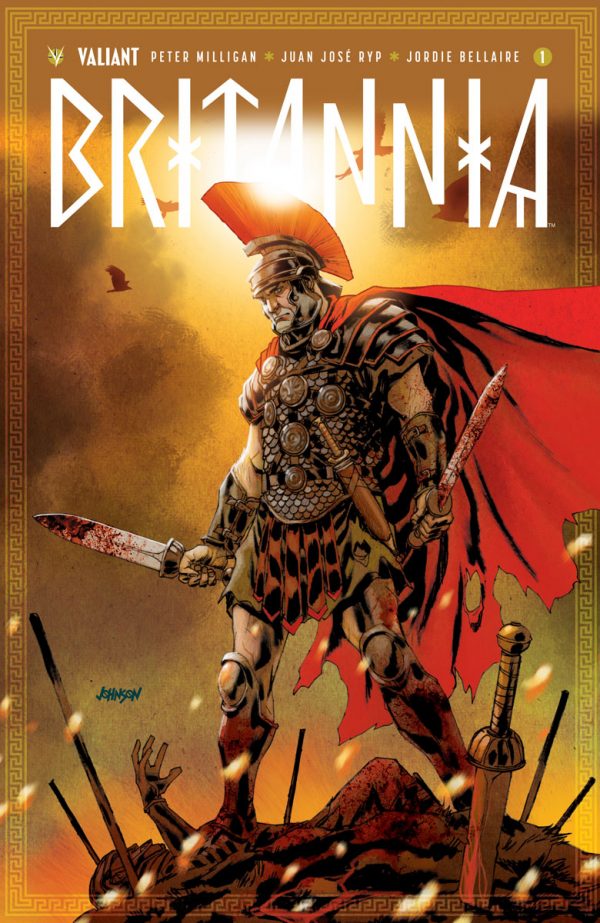 Britannia is off to a bloody good start

(Victor Valley)—When Valiant Entertainment, known for its superheroes like X-O Manowar, Ninjak, Faith, and more, announced they were doing a book set in ancient Rome, I knew it would be something special. I have a soft spot for this time period: from the way of life to the mythological influences, it is one of my favorite settings for a story. With Britannia #1, we get a bloody stroll through a world filled with danger, demons and the world’s first detective.

Written by Peter Milligan (X-Statix) with art by Juan Jose Ryp (Black Summer), the book is a departure from what Valiant is mainly known for, but if the quality of this issue is anything indication, then that isn’t a bad thing. First, the actual feel of the book, being one of Valiant’s Prestige format books, is incredibly well done. The heavy cover stock, the whole presentation of the book, it really does stand out on the shelves. Now, for the story.

Set in 65 A.D., we meet our hero of the story right out of the gate: Antonius Axia, Roman centurion who risks his life and his status by tracking down a kidnapped Vestal Virgin at the request of the head of the virgins. What is leads him to is a monster unseen by most, which shatters the young warriors mind. With the assistance of the Vestal Virgins, Axia is not only nursed back to health, but has his mind opened by a mysterious codex, leading the centurion to become the world’s first detective. But when something goes awry in the land of Britannia, prompting Rome’s leader Nero to send Axia and a band of warriors to combat an evil from the detective’s past.

Milligan creates a very interesting tale here. This mature readers book is full of violence and danger, but also packed with a psychological battle inside the mind of Axia. The issue sets up the world well, as we see how important the Vestal Virgins are to this society, as well as the absolute power held by Nero. We also get some great backstory to Axia as we see what matters to him most in this world.

I am a big fan of Ryp’s detailed artwork, especially when violence and gore is to be had. He is the perfect fit for this book, as bloody action takes center stage. His eye for detail and his designs here are outstanding, from the centurions to the monsters, this book is eye popping to say the least.

I absolutely loved the first issue of Britannia. Steeped in the war torn setting of Rome and with plenty of mystery and intrigue. How will Axia fight the monsters he comes across, but externally and internally? I cannot wait to find out.