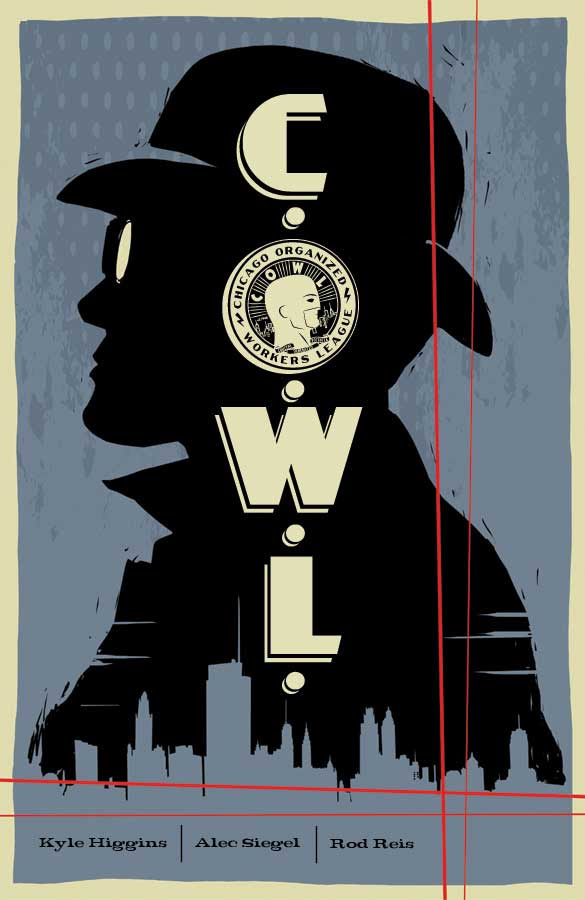 Join Kyle Higgins (Batman, Nightwing), Alec Siegel (Captain America, Avengers), and Rod Reis (Justice League) in their all-new ongoing Image Comics series C.O.W.L., set in 1960s Chicago. In C.O.W.L., a labor union of superheroes must work together to regain the confidence of the public and ferret out threats inside and outside their offices… and the comics industry can’t stop buzzing with excitement.

“Gorgeous stuff. Keep an eye out for this one.” —Kelly Sue DeConnick, Ms. Marvel and PRETTY DEADLY

“Rod Reis is doing an amazing modern riff on Sienkiewicz’s painted stuff. Really excited to see where he takes it over the next few issues! —Chris Burnham, Batman Incorporated

“A ‘why didn’t I think of that?’ idea… Compelling/fun/sinister. If Clifford Odets wrote Watchmen, this is what you’d get!” —Marc Andreyko, Batwoman

“Check out COWL #1 by Kyle Higgins, Alec Siegel, & Rod Reis. Cool noir take on what happens to a superhero union when there’s no more villains. Dug it.” —Nick Dragotta, East of West

“A styling first issue with a ton of brains.” —Joshua Fialkov, The Bunker

“Despite its ‘real-world’ premise and period setting, C.O.W.L. is not a Watchmen cover version, offering a decidedly less dour tone and honest-to-god superhero adventure blended deftly with its dramatic take on city politics. Sometimes it’s even really funny. Finally, C.O.W.L. bucks the origin fetish of the superhero genre by introducing us to its intriguing cast not at the start of their sagas, but at what might be the end.” —Andy Khouri, Comics Alliance

This is just the beginning, with a Reddit AMA scheduled for 5/29, national press coverage, local Chicago and LA press, and widespread coverage in comic and entertainment blogs to come!