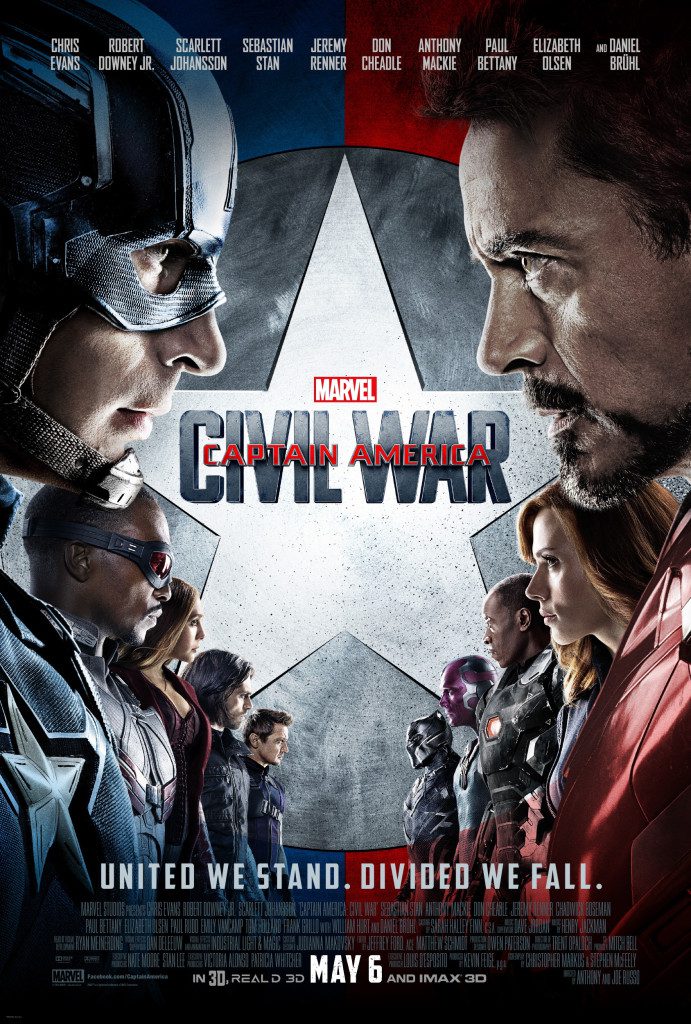 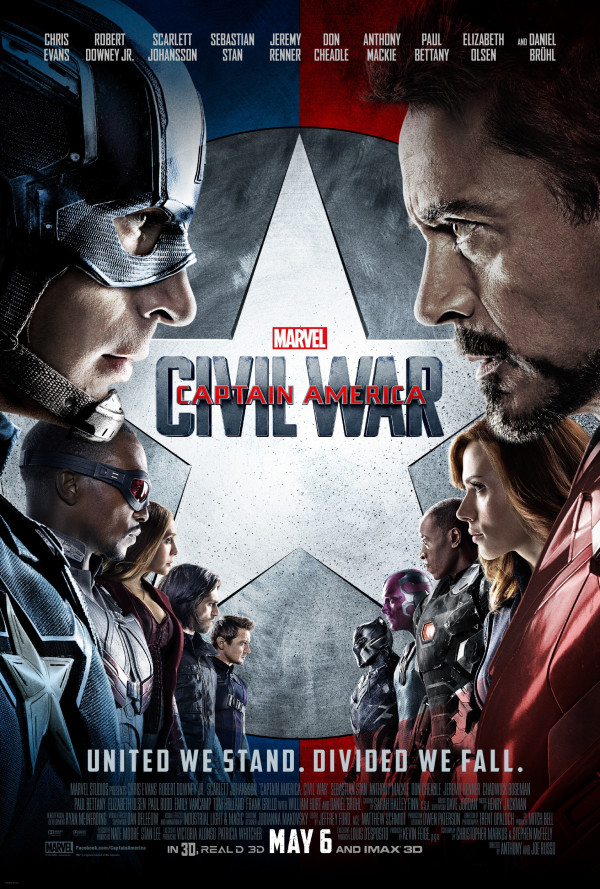 Captain America: Civil War Shows that we do indeed need a civil war

(Victor Valley)—With the third installment in the Captain America series of films, heroes go head to head with heroes as all war breaks out: Civil War, that is.

Directed by Joe and Anthony Russo (Captain America: The Winter Soldier), the film centers on lifelong best friends Steve Rogers (Chris Evans), better known as Captain America, and James Buchanan Barnes (Sebastian Stan), known to the world as Bucky, or more infamously, as the Winter Soldier. With an opening scene that shows destruction in the land of Sokovia, the super-team known as the Avengers are given an ultimatum: become a team governed by the United Nations, or disband. But when it appears that the Winter Soldier is back to committing acts of terrorism, it divides the team even more, pitting Avenger against Avenger, all while a new threat, Zemo (Daniel Bruhl), is looming in the shadows.

On one side is Captain America, the Falcon (Anthony Mackie), Hawkeye (Jeremy Renner), Scarlet Witch (Elizabeth Olsen), Ant Man (Paul Rudd) and the aforementioned Winter Soldier. Opposing them is Avengers mainstay Iron Man (Robert Downey Jr.), Black Widow (Scarlett Johansson), War Machine (Don Cheadle), Vision (Paul Bettany), and newcomers Black Panther (Chadwick Boseman) and the Marvel Cinematic Universe debut of Spider-Man (Tom Holland). Black Panther and Spider-Man both make tremendous impacts in the Marvel Cinematic Universe and steal the show. Chadwick’s portrayal or the regal T’Challa places the iconic hero rightfully among Marvel’s best and brightest. For Spider-Man, we see a new version of Spider-Man (and his Aunt May), one that is far closer to the high school kid Spider-Man was created to be. Holland pulls off both Peter Parker and Spider-Man with ease, being the chatty, bantering yet curious kid genius that Spider-Man was intended to be. The scenes with Peter and Tony Stark are gold, and give us a glimpse of what to expect from the wall crawler in the future.

Evans and Stan deliver great performances as the reunited best friends from decades past. With Captain America being that man out of time, it is great to see him have someone on his side that is in the same boat as him. It’s a moral struggle for the Captain- siding with Bucky over people he risked his life for- like Iron Man, Black Widow and the rest. But if there’s one thing we can count on from the sentinel of liberty, its standing up for what he believes in, no matter the cost.

At the heart of the story is a very personal battle centering around Iron Man, Cap and Bucky, and boy do the hits keep coming. The battle scenes are epic, especially the war between the heroes and the climax. One thing that really stood out here was the humanization of these all-powerful heroes: the quips between Bucky and Falcon are things we would hear and say in real life.

The film didn’t go down a dark and brooding path as some might think a hero vs hero movie would- it strikes a great balance and delivers a film that is easily one of the best Marvel films to date. Captain America: Civil War could have easily been a sequel to the Avengers- but with Captain America and Bucky being the center of this film, this is unmistakably a Captain America film.