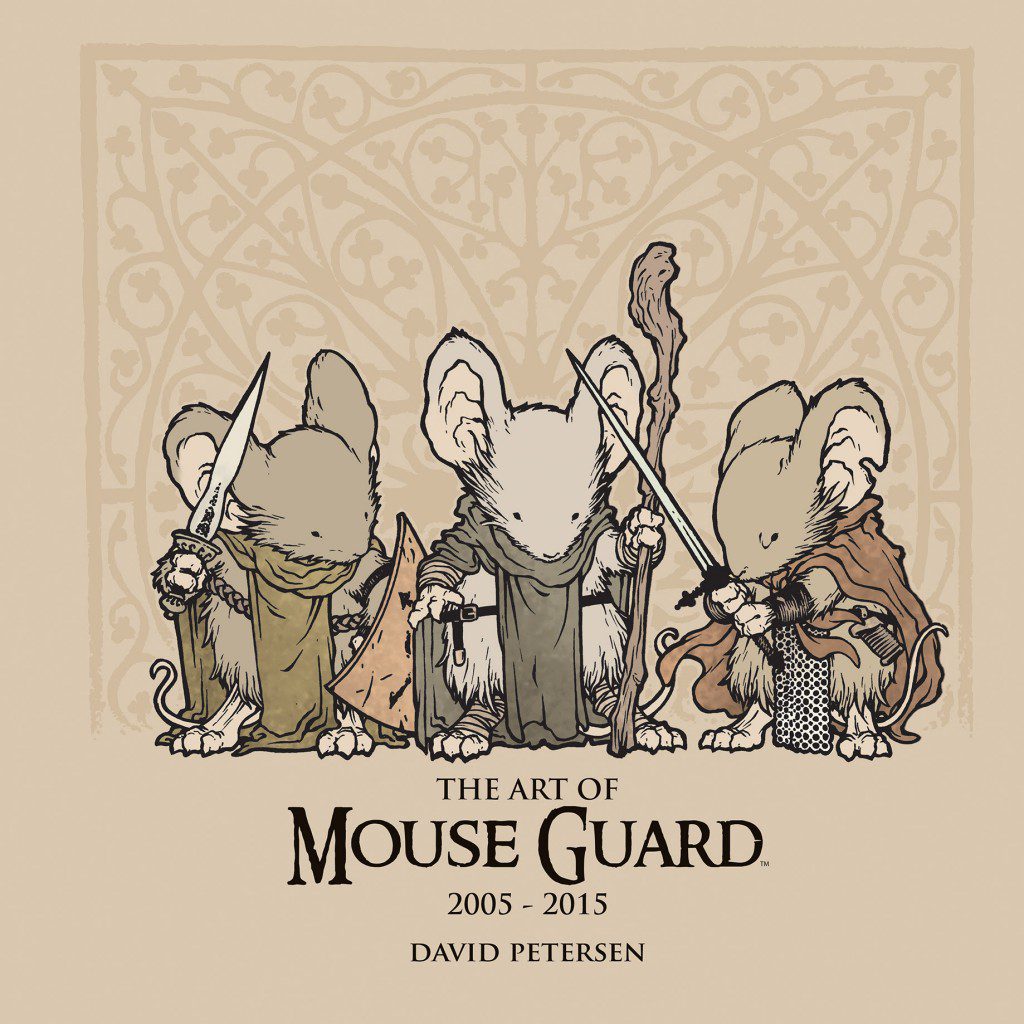 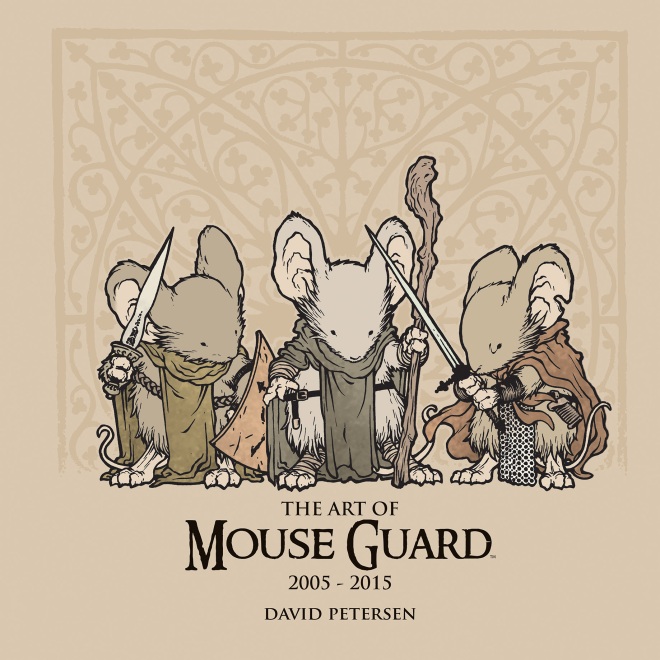 Archaia, an imprint of award-winning publisher BOOM! Studios, is pleased to announce the culmination of 10 years of David Petersen’s beloved Mouse Guard in The Art of Mouse Guard: 2005-2015.

Since its debut in 2005, David Petersen’s Mouse Guard has been a New York Times bestseller, won numerous Eisner and Harvey awards, and has become an influential staple of the comics industry with a wide-reaching fanbase. In honor of the 10-year anniversary of the series’ debut issue, The Art of Mouse Guard: 2005-2015 is a celebration of the beautiful world, memorable characters, and intensive artistic process of David Petersen’s cherished series.

This prestige, coffee table hardcover features never-before-seen sketches, 100 oversized pages of full-color artwork, and commentary from Stan Sakai, Karl Kerschl, Katie Cook, and others, as well as pin-ups by Mike Mignola, Geof Darrow, and other collaborators and colleagues.

The Final Order Cutoff deadline for retailers is July 20th. Not sure where to find your nearest comic retailer? Use comicshoplocator.com or findacomicshop.com to find one! It’s also available for order directly from boom-studios.com