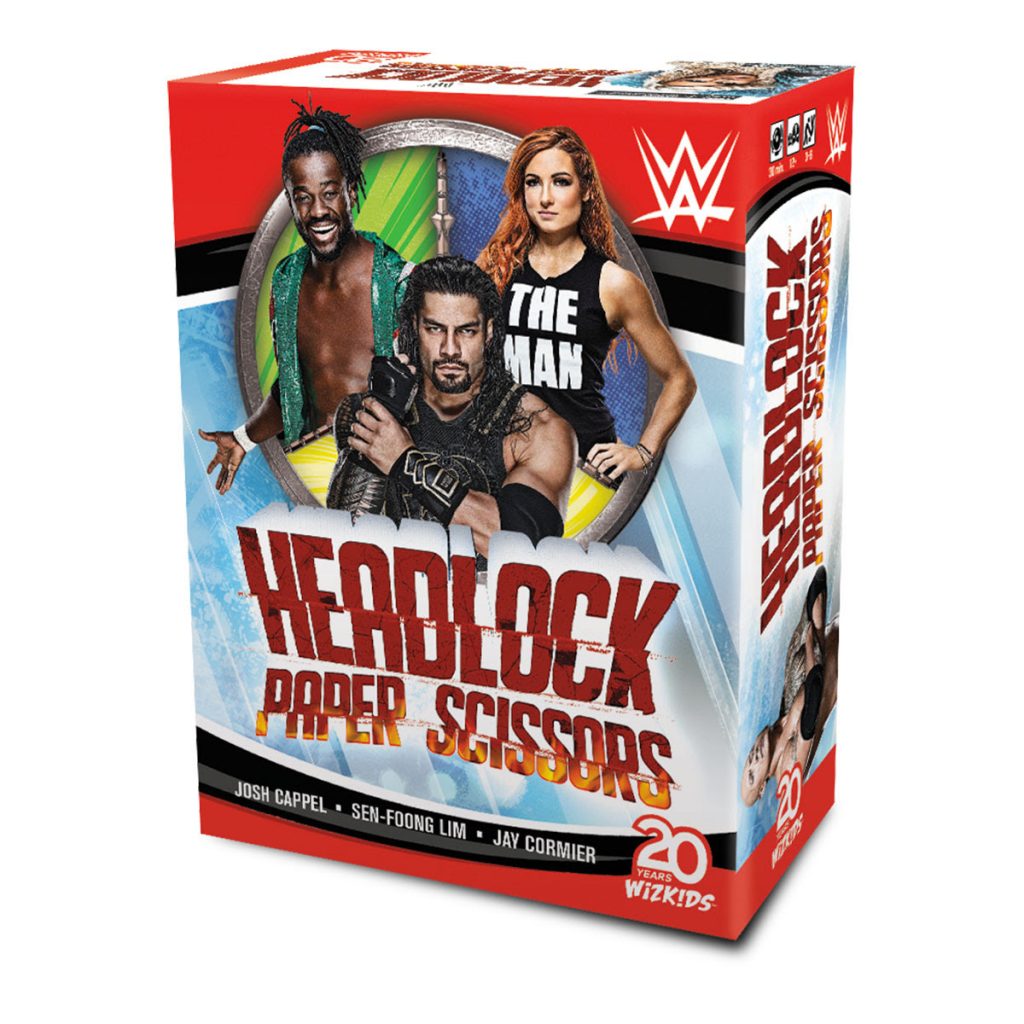 Claim the Money in the Bank Briefcase in WWE: Headlock, Paper, Scissors—Coming Soon!

WizKids is pleased to announce WWE: Headlock, Paper, Scissors, a new upcoming release from the designers of Rock, Paper, Wizard!

In this all-new game of Striking, Showboating, and making hand signals, players select their favorite Superstar and work to gain the most popularity and reach the briefcase at the top of a 3-D ladder while making sure their opponents don’t get there first! Each round, players select shared techniques, or their Superstar’s signature technique, and simultaneously chant “Money!” “In The!” “Bank!” before revealing their technique, and their target. Superstars closest to the briefcase once all techniques are resolved become more popular, while those furthest from the briefcase gain Comeback cards. The most popular Superstar at the end of the game wins the Money in the Bank!

Featuring 12 playable Superstars including Asuka, Becky Lynch, Roman Reigns, Kofi Kingston, and more, as well as a 3-D ladder to add a whole new dimension to the match, WWE: Headlock, Paper, Scissors will have you catapulting to fame and fortune in the ring! WWE: Headlock, Paper, Scissors is coming soon, so be sure to pre-order at your Friendly Local Game Store today!