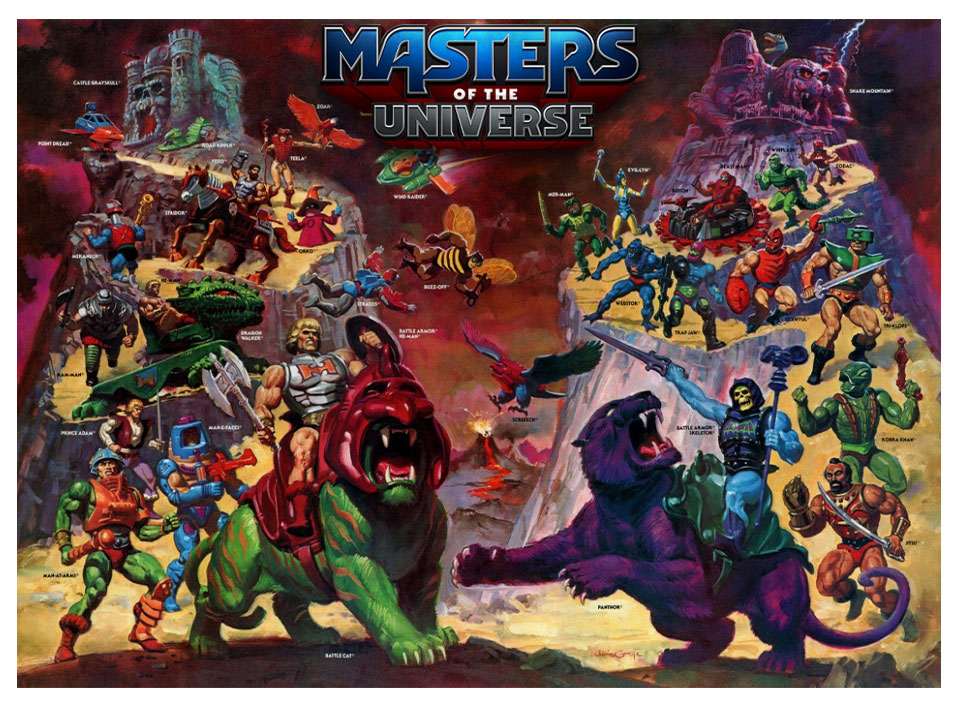 CMON Announces Masters of the Universe: The Board Game

CMON has the Power!

When Eternia is threatened by Skeletor and his vile minions, the noble Prince Adam holds aloft the Sword of Power and proclaims, “By the Power of Grayskull, I have the power!”, transforming into He-Man! These battles have raged endlessly in toy stores, living rooms, and playrooms, but soon, gamers will be able to recreate these epic struggles on their tabletops. CMON is proud to announce a licensing agreement with Mattel to create and publish Masters of the Universe: The Board Game in North America, South America and throughout Asia.

Michael Shinall, CMON’s Design and Development Manager, and Developer Leo Almeida, veteran game-makers who have had a hand in designing and developing hit games like Bloodborne: The Board Game, and A Song of Ice and Fire: Tabletop Miniatures Game are taking the designing reigns on Masters of the Universe: The Board Game. They are developing a new game system that will take advantage of the iconic setting and universe as well as bring in many of the setting’s most beloved characters. The game will feature highly-detailed miniature figures of these characters, giving both gamers and collectors a thrill.

When asked about creating a game based on the groundbreaking toy line, Michael Shinall said, “Masters was a part of most of our childhoods. People of a certain age know all about it. Simply saying, ‘I have the Power’ is automatically said in one’s mind a certain way because of it. Now, this game will bring an entirely new generation to Eternia and its many characters. Parents will be able to pass down their love for He-Man to their children, and that’s amazing.”

Since its inception in 1982, Masters of the Universe has been a cultural phenomenon transcending generations and igniting “the power” amongst fans around the world. Now, after more than 30 years, Mattel is bringing Masters of the Universe back and is setting out to create a global evergreen franchise with multiple content access points expanding the story and characters within the vast universe.

“As Mattel looks to unlock the power of its IP, partnering with CMON is the latest step to bring back one of the company’s most famous contributions to pop-culture — He-Man, Skeletor, and the Power of Grayskull from Masters of the Universe,” said Janet Hsu, Chief Franchise Officer, Mattel. “This new game system will be sure to introduce fans to the most iconic characters through a fresh interpretation of Eternia as it has never been seen before.”

Masters of the Universe: The Board Game will launch on Kickstarter in 2021.

Stay tuned for more exciting information as we approach the launch of the campaign.

Eddie Aguirre
0
Tags :
CMON Announces Masters of the Universe: The Board Game