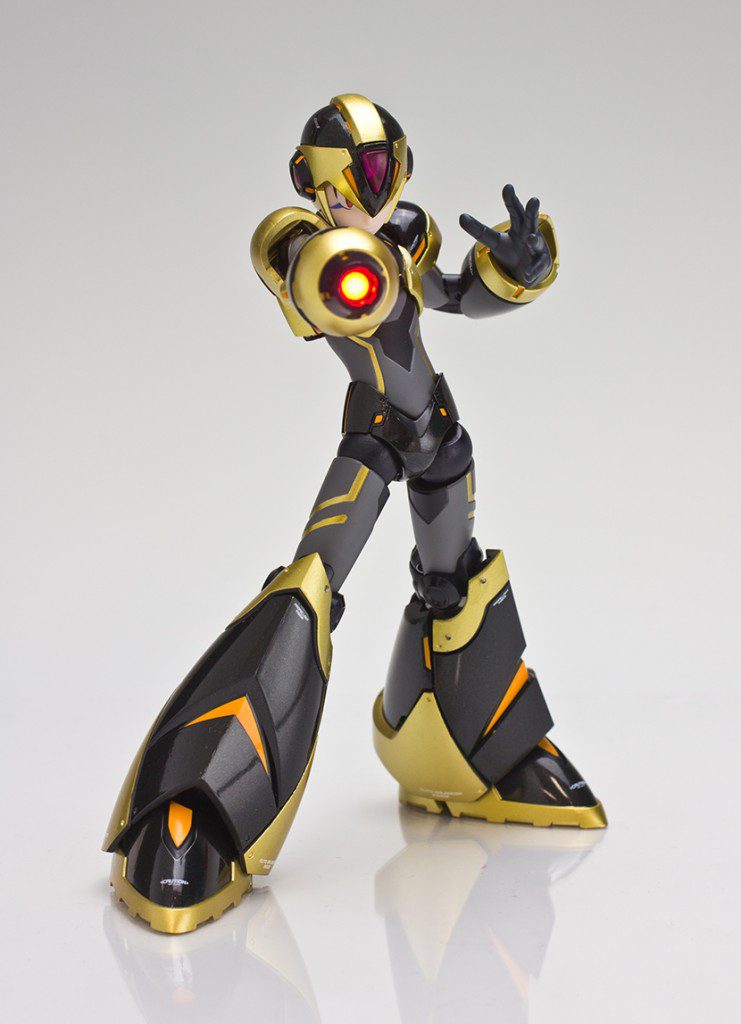 Bluefin, the leading North American distributor of toys, collectibles, and hobby merchandise from Japan, Hong Kong and more, details a colorful array of exciting new and exclusive products to be showcased and also available for purchase at the 2015 New York Comic Con. Bluefin products will be located on the Main Hall in Booths #1612 and #1813.

The company will showcase one-of-a-kind prototypes from Naruto and Godzilla that are sure to capture the attention of attendees, including:

Several brand new figures will also be unveiled for the first time anywhere in the world. Visit Booths #1612 and #1813 for more details!

Bluefin will also feature several limited edition or special variant kits and figures for sale from popular properties such as Gundam, Mega Man, Dragon Ball Z and more! All items listed below will be sold through ticketed sales only and will be strictly limited to one per person.

Exclusive Bluefin products for sale at the 2015 NYCC include:

*Every kit purchase will include a FREE set of accessory parts while supplies last.

A special RG Wing Zero Ver EW that has been coated in a beautiful pearl gloss finish will be made available in limited quantities specifically for New York Comic-Con.  Utilizing the Advanced MS Frame that allows armor to be mounted on to a skeletal support structure, this iconic angel winged Gundam from “Gundam Wing Endless Waltz” is capable of performing its signature poses with its Twin Buster Rifles. Limit 1 per person per day, no reservations. MSRP $36.00

A metallic coated version of the HGUC Banshee Norn (Unicorn Mode) model kit. Originally a Japan event exclusive, it will be available again for purchase at NYCC to celebrate the release of the PG Banshee Norn.  Includes Revolving Launcher, Armed Armor DE shield which can be mounted on backpack, interchangeable hands, and Armed Armor VN. MSRP: $38.00

To commemorate the finale of Gundam Unicorn, Bandai released this in a limited quantities to theaters in Japan and select events outside of Asia.  This item is once again available to celebrate the release of the PG Banshee Norn. Plastic on this kit has been specially treated both for its translucency and also sparkle effects in its Psychoframe equipment.  Includes beam rifle with Revolving Launcher beam jitte attachment, and Armed Armor DE shield. MSRP: $29.00

The exclusive Banshee kits will be available individually or bundled together for special convention price of $60.00.

Previously only available at GunPla Expo and events on the West Coast of the U.S., this limited release of the Zeta Plus has been colored to match the test color red-orange white pattern found on the machines used by Karaba in the photo novel, Gundam Sentinel. Includes rifle, shield, hip cannons and 2 beam sabers. Mobile suit also can transform into wave rider form through part swapping. Limit 1 per person per day, no reservations. MSRP: $25.00

A special GunPla Expo limited event item previously only available at West Coast events in the U.S.: the Real Grade Exia with a sharp metallic finish!  Its parts have been specially chromed to give off a high shine. The Real Grade series combines the intricate part complexity of the higher end MG and PG lines with the size and affordability of the HG and SD lines into a new product that draws inspiration from real world machines. This version of the Exia was supervised by creator Kanetake Ebikawa and features custom markings. All of Exia’s equipment is included, with melee weapons having chromed blades and GN condensers feature transparent plastic. New Advanced MS Joint allow impressive movement to replicate combat scenes in the Gundam 00 anime series. Limit 1 per person per day, no reservations. MSRP: $48.00

An enhanced version of the Burning Gundam in the second half of the Gundam Build Fighters Try TV anime series. Features impressive articulation for recreation of martial arts poses. Includes fiery punch, kick, back, and numerous flame effect parts as well as 4 different types of hands showcasing martial arts gestures. This special GunPla expo variant previously only available in Asia and events on the West Coast of the U.S. renders the model in translucent plastic with sparkles to replicate the flow of Plavisky particles that flow through the plastic in the TV show. Limit 1 per person per day, no reservations. MSRP: $22.00

These items are available for early pre-sale and will be sold through ticketed sales only.

From the new animated feature film Dragon Ball Z: Resurrection ‘F’, Frieza joins S.H.Figuarts in his physically and visually powerful new form! Golden Frieza’s sculpt has been meticulously designed to allow for the recreation of iconic scenes from the movie. Set includes interchangeable faces (x3) and interchangeable hands (x3). Don’t miss out on this “golden” opportunity to own this stunning figure!

From the new animated feature film Dragon Ball Z: Resurrection ‘F’, comes Son Goku as he appears as Super Saiyan God Super Saiyan!! This new edition to S.H.Figuarts is as super as it sounds, with Goku sporting his icy blue hair and new ‘gi’. The wide variety of accessories allows you to recreate the action from the movie. Set includes interchangeable face parts (x2), interchangeable head, and interchangeable hands (x7).

S.H.MonsterArts Godzilla (1964) joined the Tamashii MonsterArts legacy back in 2013 and now he is making a comeback with this exceptional Special Color Version. Fans will recall the striking scene of Godzilla emerging from the earth in a cloud of sand and dust. This new edition brings to life the Godzilla from this unforgettable moment with an authentic earthy coloration. Set also includes a Showa-style white breath effect part and effect support.

Presented by TOEI animation and SEN-TI-NEL comes this exclusive collaboration project – the Gaiking reborn in “Knight” style with a super-weapon face of horror. Just like the original character, this Gaiking can be separated to Daiku Maryu’s head part and other two parts. With the uncompromising quality on action features and die-cast composite materials, there is no doubt that Gaiking the Knight is one of the masterpieces in the METAMOR-FORCE series. Set includes: Main figure, 3 sets of interchangeable hand parts, Miracle Drill × 2, shield, cloth waist cape and a brand new head sculpt design as well as a special black tone paint scheme.

TruForce Collectibles is pleased to announce an exclusive figure from the Mega Man X franchise exclusively for New York Comic Con. X-Kai! X-Kai is X’s evil counterpart developed by a mysterious man during the formation of the X-Hunters. He was given much higher specs than that of X and uses state-of-the-art technology. This figure features over 30 points of articulation, die-cast armor on the chest, shins and feet, an LED X-Buster, purple effects parts and a completely unique paint application that is sure to stand out in any display!

Based in Irvine, CA, Bluefin built its reputation as a leading distributor of Japanese toys, collectibles, novelty and hobby products. In recent years, Bluefin has grown to include a range of high quality collectible lines from the United States, Hong Kong, Taiwan and Singapore and established itself as the official North American consumer products and retail development partner for Studio Ghibli. Selling to thousands of specialty, chain and independent stores, Bluefin is an official North American distributor for Bandai Hobby, Kotobukiya and Capcom, is the sole provider of Bandai Tamashii Nations products, and is also the exclusive and official distributor for Beast Kingdom, Comicave, Mr. Hobby, Groove’s Pullip dolls, SEN-TI-NEL and X-Plus. Bluefin also represents TruForce Collectibles products worldwide. Additional information is available at: www.bluefincorp.com.