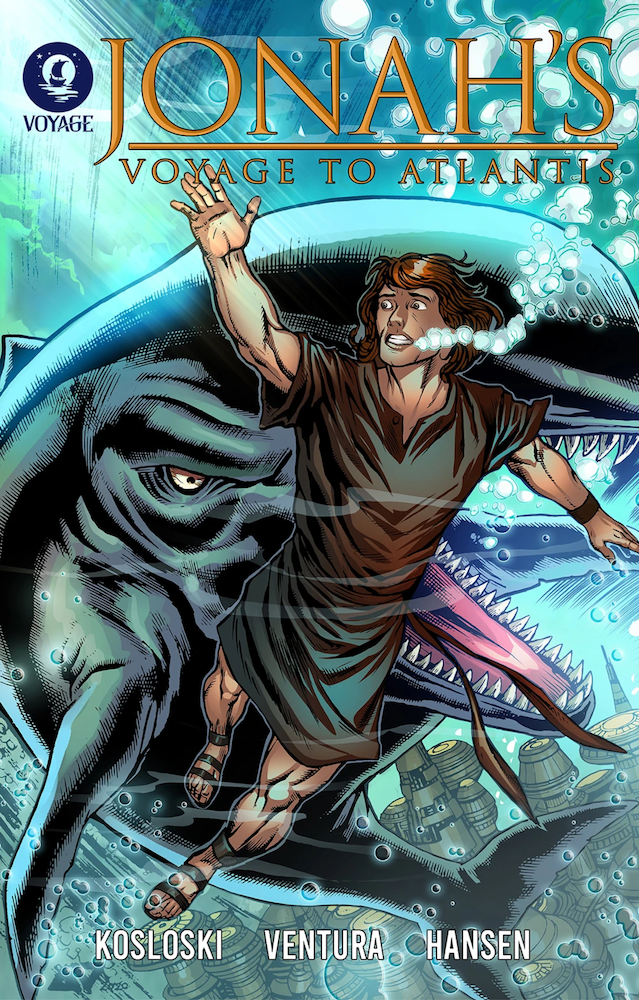 Some of the best stories and the ones told throughout time. Jonah’s Voyage to Atlantis from Voyage Comics takes a look at the story of Jonah, one that originated from the Bible and was even the inspiration to works by the world-famous author, J.R.R. Tolkien.

From Philip Kosloski and art by Alessandro Ventura, Jesse Hansen, Bryan Arfel Magnaye, and Jaymes Reed, the book takes us to the lands of Nineveh, where citizens follow a dark despot who secretly rules the land, Basmu. To ensure the lands remain victorious in their battles, the demon demands the firstborn of all, including the firstborn from the Ninevah people’s leader. This sets off a ripple effect, leading the lord to appear to Jonah. He urges him to travel to the land to help it before it is swallowed into darkness, but Jonah declines, thinking he cannot be the one to save the land; how would he even get there? He refuses and runs away, catching a ship headed far from anyone he knows. But he learns you cannot outrun destiny as he literally ends up in the belly of a beast and in the lost city of Atlantis. Can Jonah conquer his fears and save the city?

This is such a fantastic issue. The story is soaked in the lessons from history, and it looks terrific as well. The artwork is fantastic and has a very epic feel, fitting for such a tale. We can always learn from the Bible’s stories and the truths they represent, and this is a perfect example of how to do it in a comic book setting.

Jonah’s Voyage to Atlantis is an adventurous romp to the depths of the sea and a journey of self-discovery and trusting the path set forth for you. An excellent read for all ages.