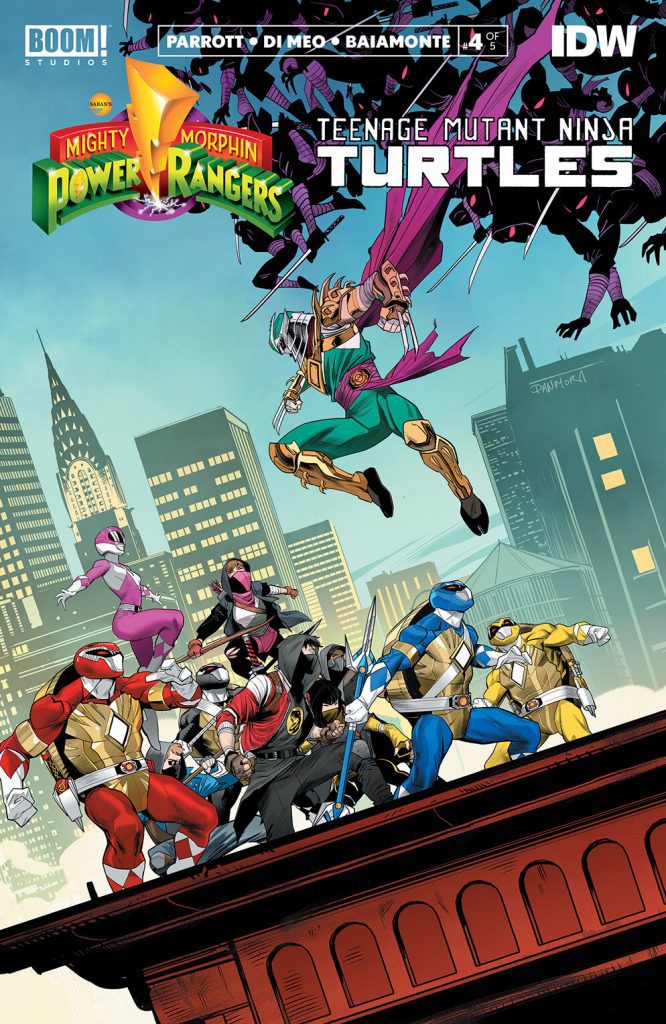 Crossovers can be tricky, especially when it comes to properties that most people would never think to put together. TMNT/MMPR is one of those. While they both fight super-powered villains with their ninja skills and color-coordinated outfits, most fans would never have seen them together. That said, I have to say that this crossover is fantastic!

Ryan Parrott can take the fun and excitement of both teams and put them together to tell a very entertaining story. Issue four of this miniseries is an especially cool installment.

As Rita and Shredder step up their attacks, the Rangers and Turtles have swapped places. The Turtles now have the morphers and powers, while the Rangers run around in ninja outfits under the leadership of Splinter and Casey Jones. This swapped concept offers some classics turtle humor and a chance to see that the Rangers don’t need their powers and morphers to make a difference.

Simone di Meo creates a fantastic visual as the Turtles morph (just like the original TV show) and does a great job making the Rangers look cool in their alternate “uniforms.” The entire visual look of the series is done very well.

Rating: 9.5 out of 10. As you can see by the concept, the comic is meant to be fun and nostalgic, and nails both of them! I am looking forward to an exciting conclusion.