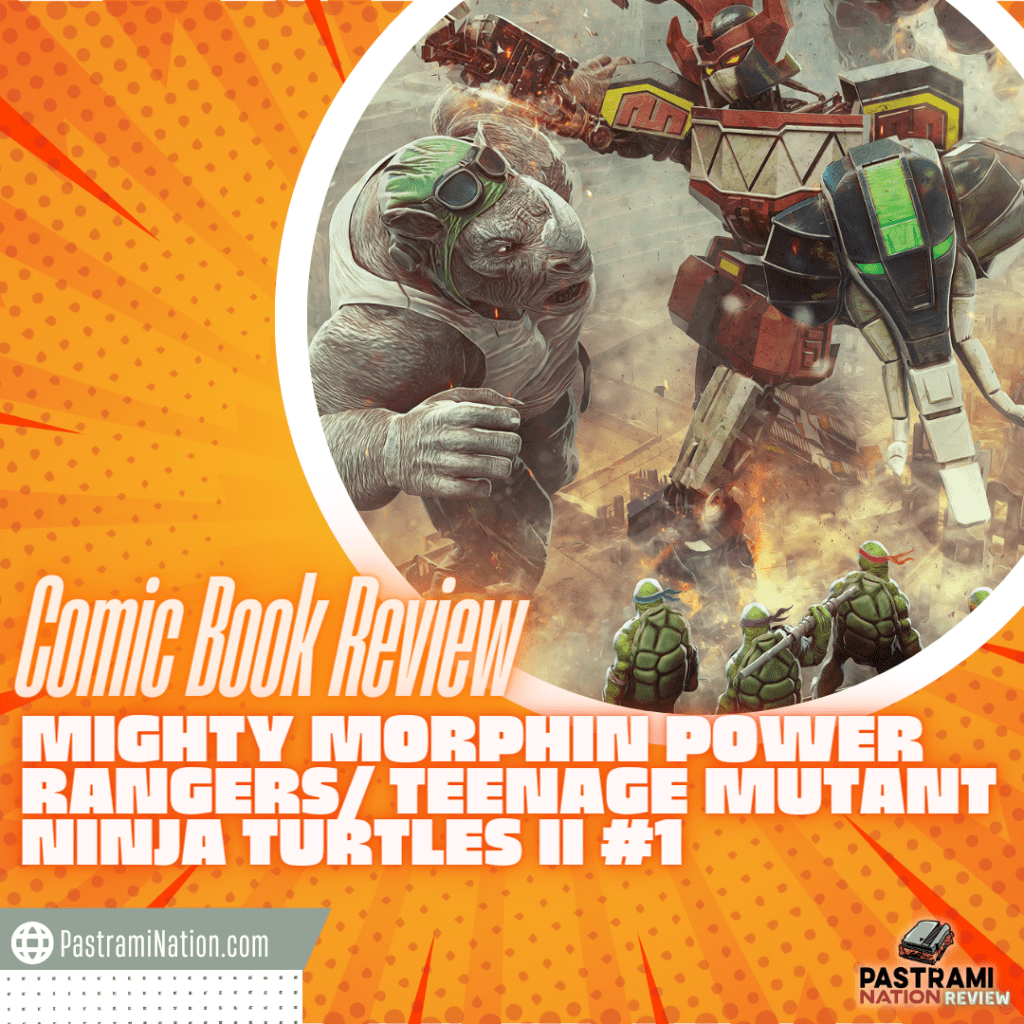 When the Mighty Morphin Power Rangers crossed over with the Teenage Mutant Ninja Turtles the first time around, we got a wild romp through both respective worlds, with a Green Ranger Shredder, Morphed out Turtles, and more. Now, back for round two, the shared universes come together again as beings from both sides mysteriously go missing.

From Ryan Parrott with art by Dan Mora, Raul Angulo and letters by Ed Dukeshire, we jump right into the action as everyone’s favorite masked vigilante, Casey Jones, goes stick to blade with Karai as he hunts down Shredder, who has been missing since the previous crossover. But when Jones mysteriously vanishes and reappears in an altered state, it opens up a battle that both the heroes in a half shelf and the Power Rangers need to unite if they hope to survive again.

BOOM! Studios knows how to pull off a massive crossover, so I am thrilled to see this partnership with Hasbro, IDW, Nickelodeon, and Paramount come to life. Parrot crafts an easily accessible tale that satisfies fans on both sides and pays tribute to the franchises’ history. Mora is an absolute rockstar, in case you didn’t know. The artwork is absolutely amazing, and I love the design of Casey Jones when he reappears. Excellent colors and emotion-packed panels- it’s a pop culture dream come true. Be sure to pick yours up today, as you know it’s going to be another wild, unforgettable ride!!!

Rating: 4.5 Pastrami Nations out of FIVE.