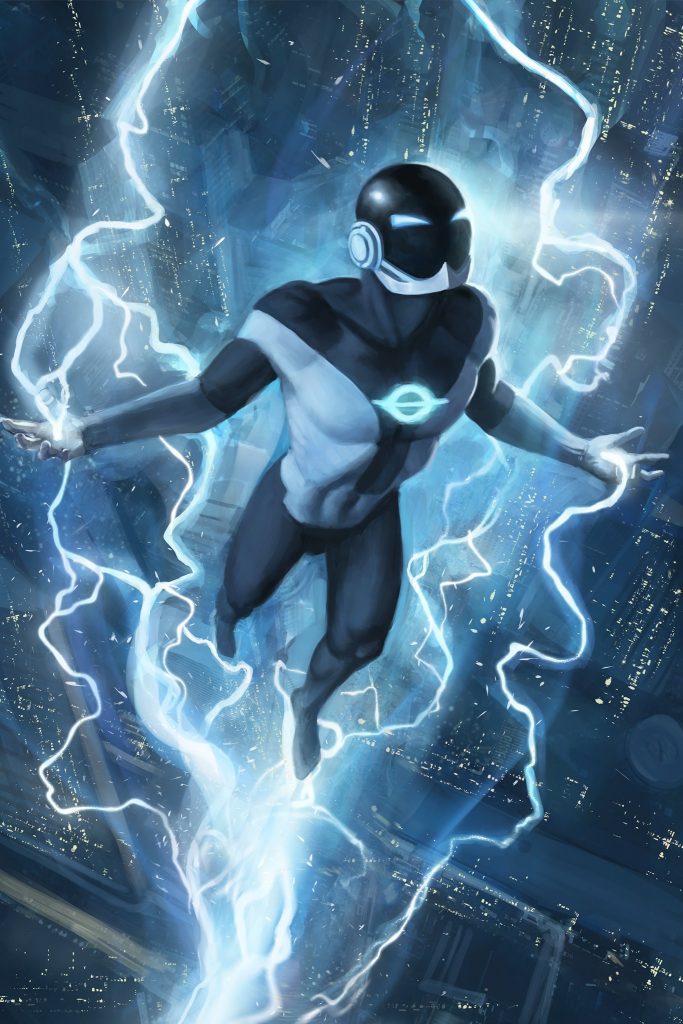 Image Comics has published some of the most incredible superhero books to date: Invincible, Cross Over, Kick-Ass, Savage Dragon, Spawn, the list goes on. A new hero enters the fray as Radiant Black #1 has hit the shelves. Does it fly high, or is it grounded from the start?

From Kyle Higgins, Marcelo Costa, and Becca Carey, Radiant Black takes a down on his luck young adult and puts greatness in his hands. Nathan Burnett hit thirty and realized the life he hoped for kept slipping away. A failed writer who moved to the Golden State in hopes of making it big, he finds himself back in his home state of Illinois, back with his parents, and back at square one. After a night of drowning his sorrows with his old friend Marshall, the two encounter a mysterious flying object, the Radiant. Nathan transforms into an armored being after touching it, with a Power Rangers vibe to him. A suit that gives him untold powers and provides purpose in a life he saw going down the drain. But he isn’t the only powered being around…

Higgins creates a great start to a new chapter in superheroism, one that shines bright so far. The very modern vibe the book gives off with very real-world problems. Nathan is a guy who shot from the moon but missed the stars on the way down- now he gets a shot at greatness, or finding the greatness in himself.

Costa’s artwork is such a fantastic fit for a superhero romp- his style is very animated in a way and can go from 0-60 from panel to panel. The character designs are fantastic, and the Radiant Black suit exudes awesomeness. I love the look and feel of it and immediately want an action figure.

Radiant Black flies high in its debut. I loved this debut issue, as it sets up our hero’s story and who he will no doubt clash with in the future. Higgins, Costa, and Carey make a big splash; I cannot wait for the journey to continue.