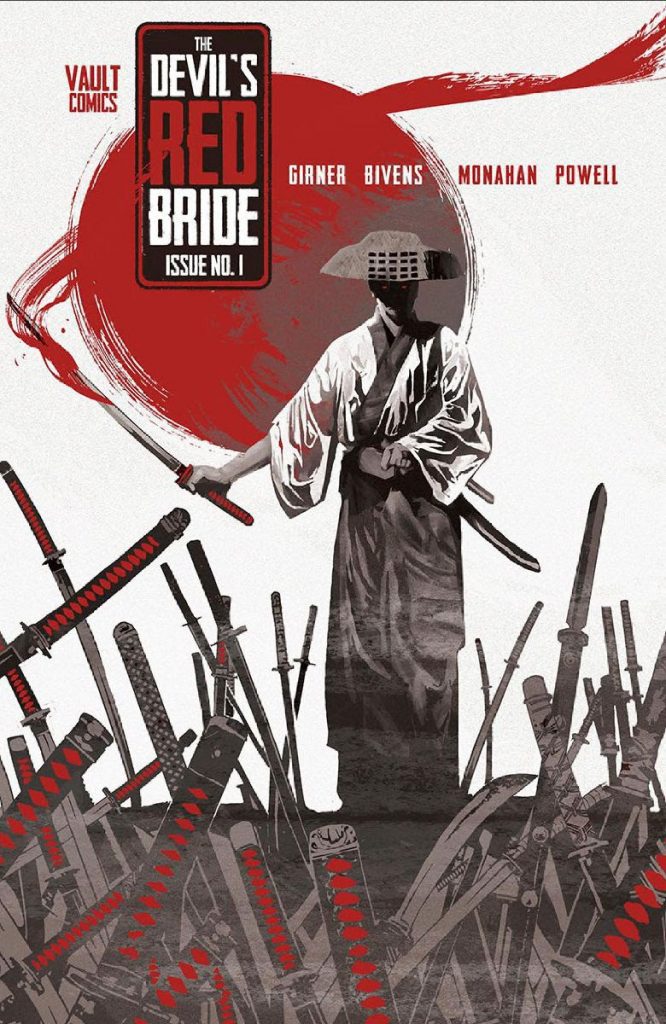 Who doesn’t love a good samurai story? Thanks to Vault Comics, we get a new series steeped in samurai, swordplay, and bloodshed. We get The Devil’s Red Bride #1, and it is awesome.

From Sebastian Girner, John Bivens, Iris Monahan, and Jeff Powell, the story is focused on the Aragami clan, a clan destined to be led by the rightful heir, Isanosuke. However, he isn’t really the leader type or the fighting type, either. His sister Ketsuko is more than willing to be a part of the legacy, but she is shunned with the “know your role” ideology due to her gender. The story jumps around a bit, from where Isanosuke becomes the clan leader to what presumably Ketsuko becomes.

It’s alluded that what people become when they taste their enemies’ bloodshed, and all signs point to that being Ketsuko. It looks like she is offered a way to avenge the downfall of her family’s clan. But how did it happen? We don’t know quite yet. We know she can handle herself in battle pretty well.

This is a great first issue and sets up the story well. The jumping around to different years is a bit jarring at first, but I am sure the storyline’s payoff will be worth it. Revenge is a great motivator, and it seems like fate has allowed Ketsuko to have a chance to avenge her family. But at what cost? How much has she lost of herself in the bloodshed of war? A great first issue; I look forward to what comes next!