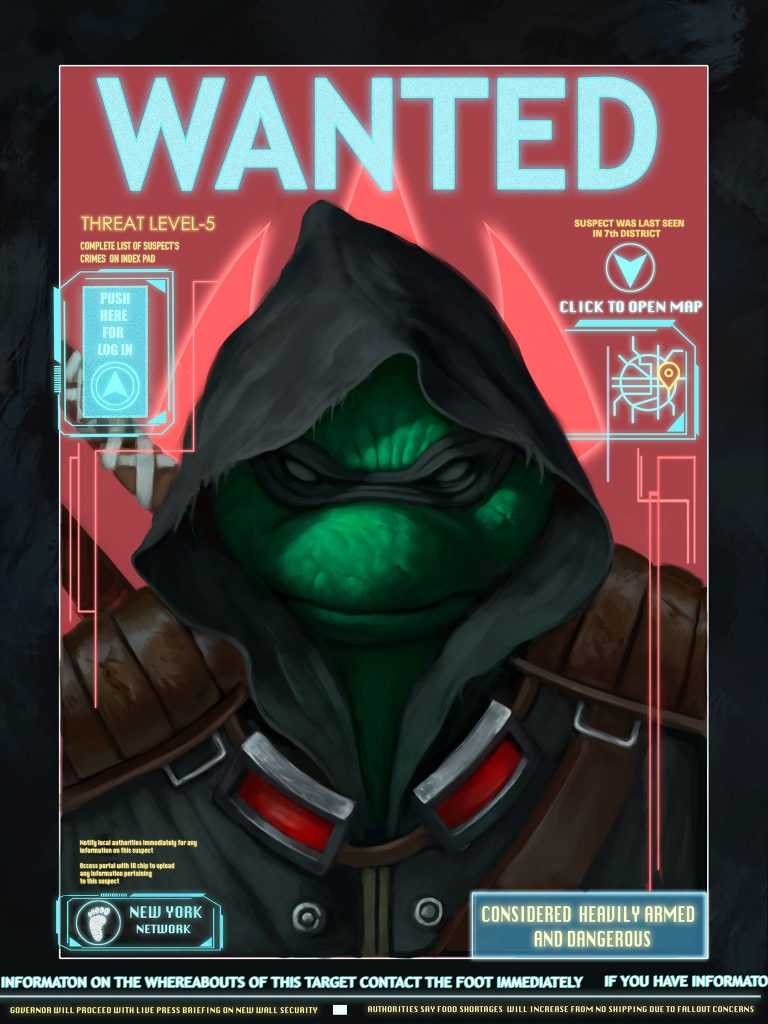 This one has been a long time coming: the first issue for the highly anticipated Teenage Mutant Ninja Turtles: The Last Ronin dropped in October to high praise all around. It was revealed who the last turtle is (spoilers ahead) and who is responsible for the loss of the rest of the group. Fast forward to February, and we get to continue the journey of a lone hero in a half shell.

From Kevin Eastman, Peter Laird, Tom Waltz, Esau Escorza, and Issac Escorza comes the next chapter, as we flashback to an attack on the turtles by the Foot Clan that took out one of their own, and that’s only the first few pages. April O’Neil and Casey Jones were ready to share fantastic news with the brothers when an all-out attack happened, shattering the group forever. Back to the present, and we see the lone turtle, Michaelangelo, who was rescued by April last issue from certain death, still reeling from his failed attempt to stop The Foot once and for all. April is not the same either, as she lost part of her during the attack as well. We also meet April’s daughter- Casey Jones, a young lady skilled in fighting and aiding with the resistance. By the end of the issue, more questions arise, especially on the last page.

This is a great issue- not as massive as the previous one, but it fills in parts of the story and fleshes out what happened to Michaelangelo once he lost everything. The artwork is terrific, as we continue one of the most extraordinary TMNT stories I have ever experienced. The writers are developing this tale full-force, so much that a spin-off or sequel might be awesome once it’s all said and done. I love the changes to Michaelangelo, from the mutations to the mindset.

TMNT- The Last Ronin #2 is an excellent follow-up to the groundbreaking first issue. Can Michaelangelo take down The Foot? What other mutations will he go through? What other characters from TMNT lore will make an appearance? Issue #3 cannot come soon enough.