The new artwork from the upcoming X-O Manowar series amazes

Representing the culmination of months of behind-the-scenes planning and preparation from some of the top creative talents in comics today, the all-new X-O MANOWAR #1 – in stores March 22nd – will launch one of the definitive Valiant epics ever told…and bring Aric of Dacia to a landmark turning point that will be felt for years to come. Exotic alien planets, powerful new characters, and relentless adversaries will stand revealed as Aric of Dacia rises from “SOLDIER” to “GENERAL” to “EMPEROR” to “VISIGOTH” in a star-shattering adventure like no other in comics today! 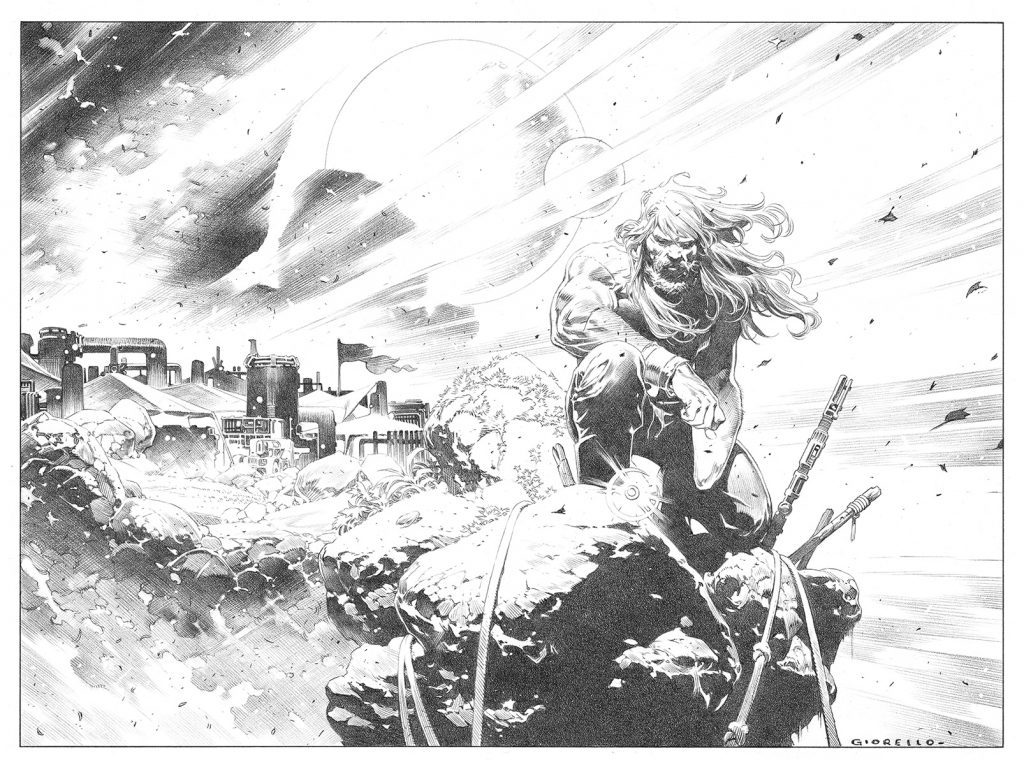 “We have five exceptional artists on board before issue #1 even launches, each of whom are brilliant talents who are absolute forces in the marketplace,” Valiant Editor-In-Chief Warren Simons told IGN. “Tomas Giorello, who is doing some of the most beautiful work of his career, kicks things off with our “Soldier” arc in issue #1, which is heavily influenced by movies like “Saving Private Ryan” and “Unforgiven”.  The work Tomas is doing here is absolutely jaw dropping, and the response we’ve seen from his pages has been phenomenal.”

“2017 is X-O Manowar’s 25th anniversary and Matt had an intriguing idea… Instead of celebrating with a return to Aric’s status quo, let’s make the character a truly cosmic force to be reckoned with and thrust him into a whole new scenario – a lone human, bonded to an alien weapon, forced to fight on a hostile yet exotic extraterrestrial world,” Valiant CEO & Chief Creative Officer Dinesh Shamdasani also told IGN. “Matt and the five-strong art team of Tomas Giorello, Doug Braithwaite, Clayton Crain, Ryan Bodenheim, and Mico Suayan are doing something we haven’t seen yet with this character – making him a literal “man of war” that’s about to take on not just an army, but an entire planet, over the course of 2017.”

This summer, the galaxy belongs to X-O Manowar! The stars will be stained with blood as Tomas Giorello, Doug Braithwaite and Clayton Crain join Matt Kindt for a visionary tale of one man waging interplanetary war at the galaxy’s farthest reaches, only in X-O MANOWAR!

Born under the oppressive thumb of the Roman Empire, Aric of Dacia learned warfare at an early age. It was amid such violence that he was abducted by an alien race. Forced into slavery, he survived where others perished. His escape would come from bonding with a weapon of immeasurable power: the X-O Manowar armor. With it, he returned to Earth…only to find himself stranded in the modern day.

But that was a lifetime ago.

Now, far from home on a strange and primitive new world, Aric has begun a new life. Liberated from his past, he tends to his crops. Free from war. Free from violence. Free from the armor.

But the machinery of death marches his way once again. Conscripted into an alien army and thrown into an unforgiving conflict, the fury inside him finds voice as he is forced to embrace the armor once more. With it, he will decimate armies, topple empires and incite interplanetary warfare as he rises from SOLDIER to GENERAL to EMPEROR to VISIGOTH. They wanted a weapon. He will give them war!